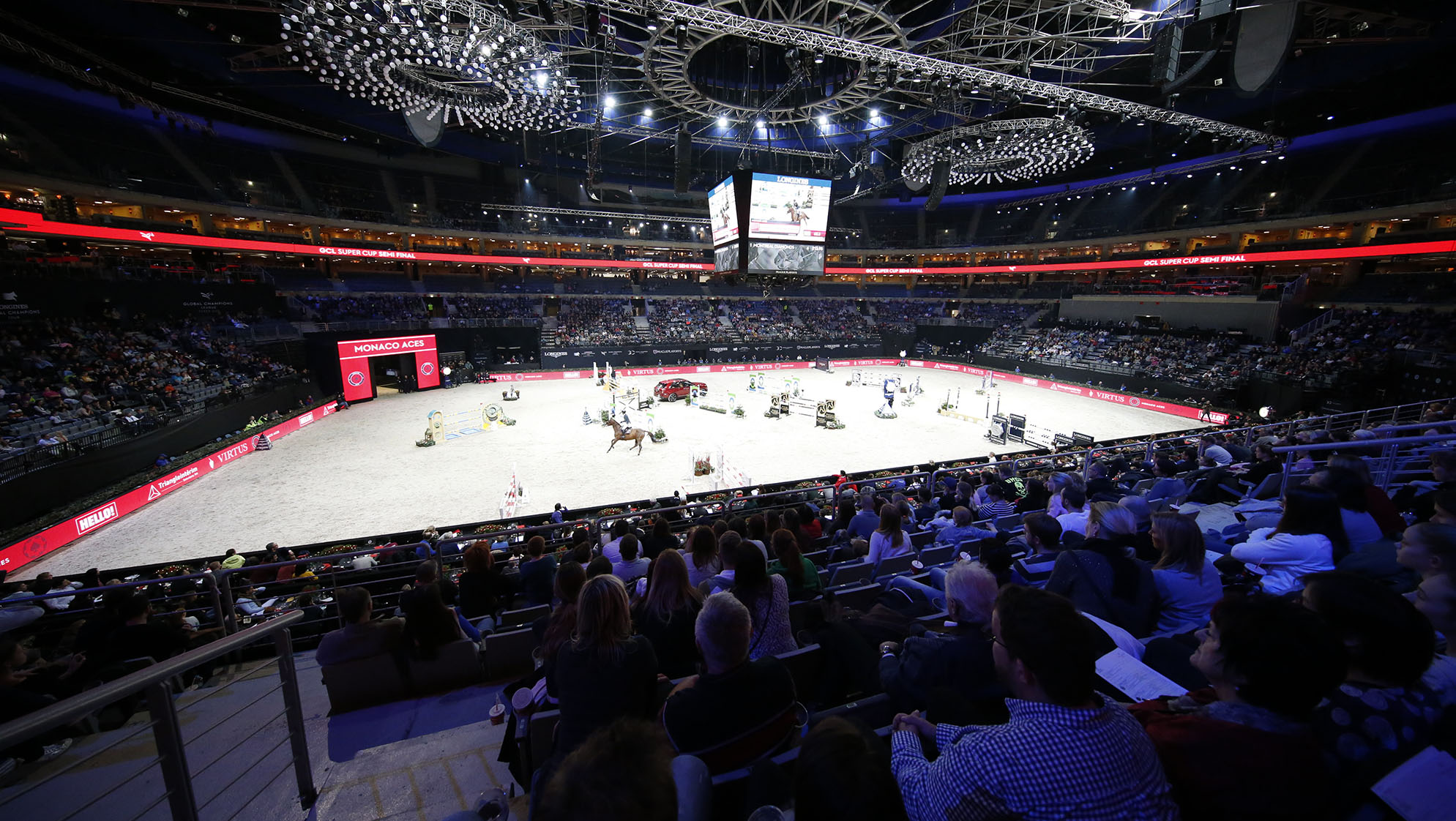 Twelve teams will go head to head today in the GCL Super Cup Quarter Finals to battle it out for their position in the Semi Finals tomorrow. The team tactics have been decided and the team managers have made their final decision on what combinations will jump and in which order. It is all to play for as the bottom four teams today will be knocked out of the competition early on.

First to go will be the Doha Falcons. They bring out the big guns of Jur Vrieling on KM Chalcedon and Michael Whitaker with his grey mare For Fun. Their U25 rider Mike Kawai will jump last for their team on Celvin. New York Empire have a strong squad of Daniel Bluman, Spencer Smith and Scott Brash riding Ladriano Z, Theodore Manciais and Hello Senator respectively.

Last years runners up Valkenswaard United have plenty of famous faces on their team. German legend Marcus Ehning will jump his experienced stallion Cornado NRW. Speed demon Alberto Zorzi has chosen to ride his 12 year old bay Cinsey while Cian O’Connor will take the reins of PSG Final in the first GCL Super Cup competition of the weekend.

Home team the Prague Lions are not holding back with their squad. Niels Bruynseels and Grancia De Muze will be first in the ring followed by Gerco Schroder and Glock’s Cognac Champblanc. Then Marc Houzager will jump last for the home team on his bay gelding Sterrehof’s Calimero.

Lastly, watch out for star strikers of Miami Celtics, s Michael Duffy and Mullaghdrin Touch The Stars, William Whitaker and RMF Cadeau De Muze and Shane Breen with Ipswich Van De Wolfsakker. All the combinations have proven they have what it takes throughout the season but will they be able to stay cool under pressure today?