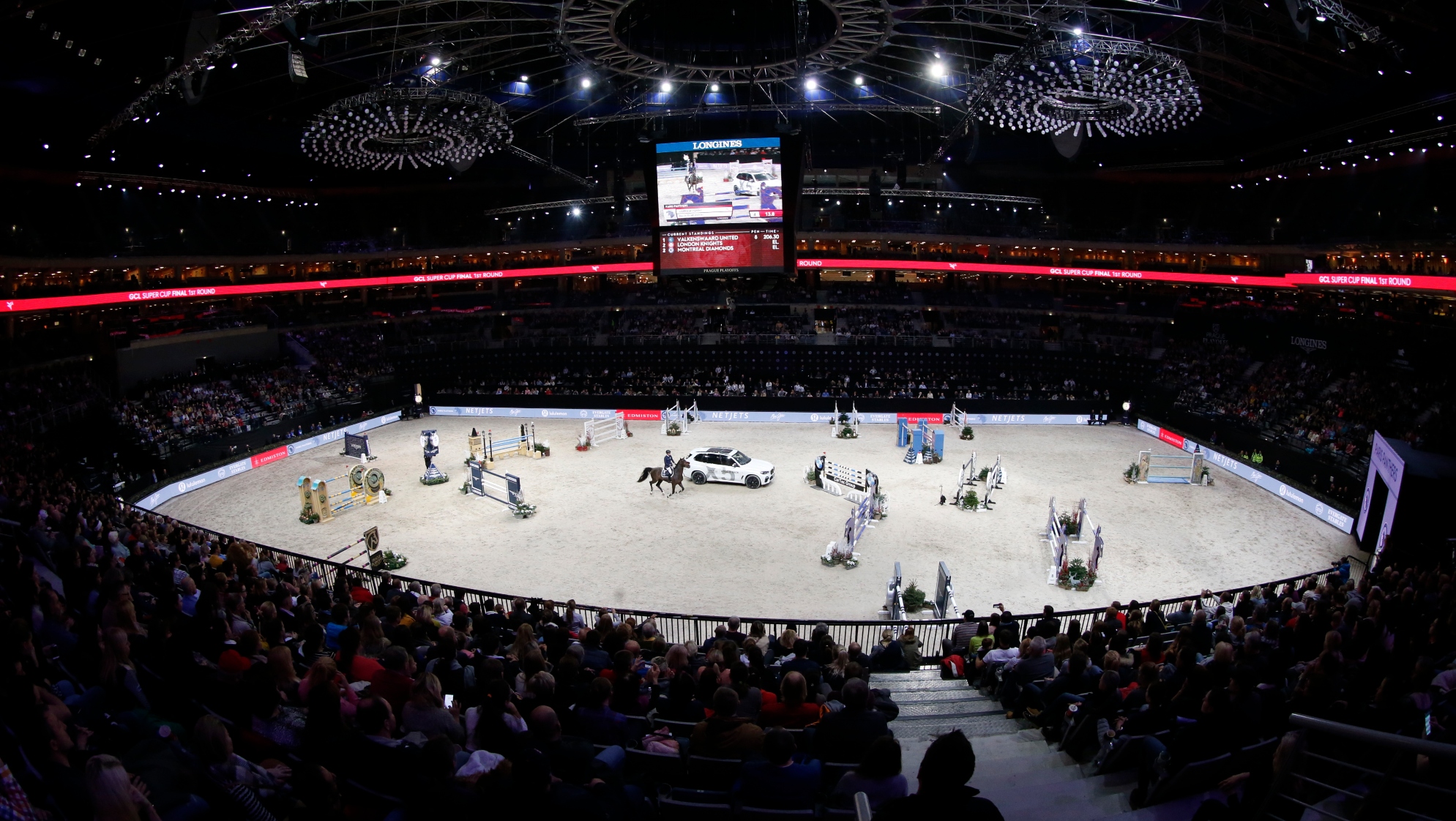 The GCL Super Cup Quarter Finals will kick off in just over one month with 12 international teams fighting for survival in the thrilling knockout competition.

It will be a spectacular curtain raiser to the GC Prague Playoffs where the GCL Super Cup and the Longines Global Champions Tour Super Grand Prix will take centre stage and almost €12 million in prize money will be up for grabs during the event.

The dozen teams fighting for supremacy on Thursday 21st November at the O2 Arena in Prague to win a place in the Semi Finals the following evening are:

The sporting action will kick off at 8pm CET and equestrian fans around the world will be able to watch live on GC TV and enjoy a series of stunning opening ceremonies and entertainment shows in the indoor arena in the Czech Republic’s beautiful capital city.

Last year the first-ever GC Prague Playoffs event was hailed as a ‘milestone’ in the sport by multi-Olympian Ludger Beerbaum. Marcus Ehning, who only last month celebrated achieving his season-long goal of qualifying for the LGCT Super GP - said after last year’s event: "I have done this sport already a few years and I never saw something like this before. It’s great for the sport and we’re very happy to be a part of it."

Here is how the rest of the sporting action will unfold:

The 8 top teams from the Quarter Finals will live to fight another day. They go straight into the Semi Finals on Friday night, up against the top four ranked teams from the regular season who won the advantage of not having to compete in the Quarter Finals. All scores will start at zero, with only the top six making it through to the Final of the GCL Super Cup on Sunday. The top four ranked teams for 2019 are:

Eighteen riders will go into battle for the ultimate individual showdown in the Longines Global Champions Tour Super Grand Prix. The 18 riders are winners of each LGCT Grand Prix during the 2019 season or runners up if the winner was already qualified. The 1.55m/1.60m competition is held over two rounds with a high pressure jump-off. The formidable line up of riders qualified are:

Pressure will reach fever pitch as the victorious 6 teams from the qualifying stages go into combat for the GCL Super Cup Final on Sunday afternoon. The world’s top riders and serious horsepower will be in action providing thrilling sporting drama for fans worldwide. Speculation is mounting about team strategies and which rider and horse combinations will be fielded in the quest to take the prestigious title.

Click here to book tickets to the GC Prague Playoffs and an unmissable feast of top sport and entertainment.