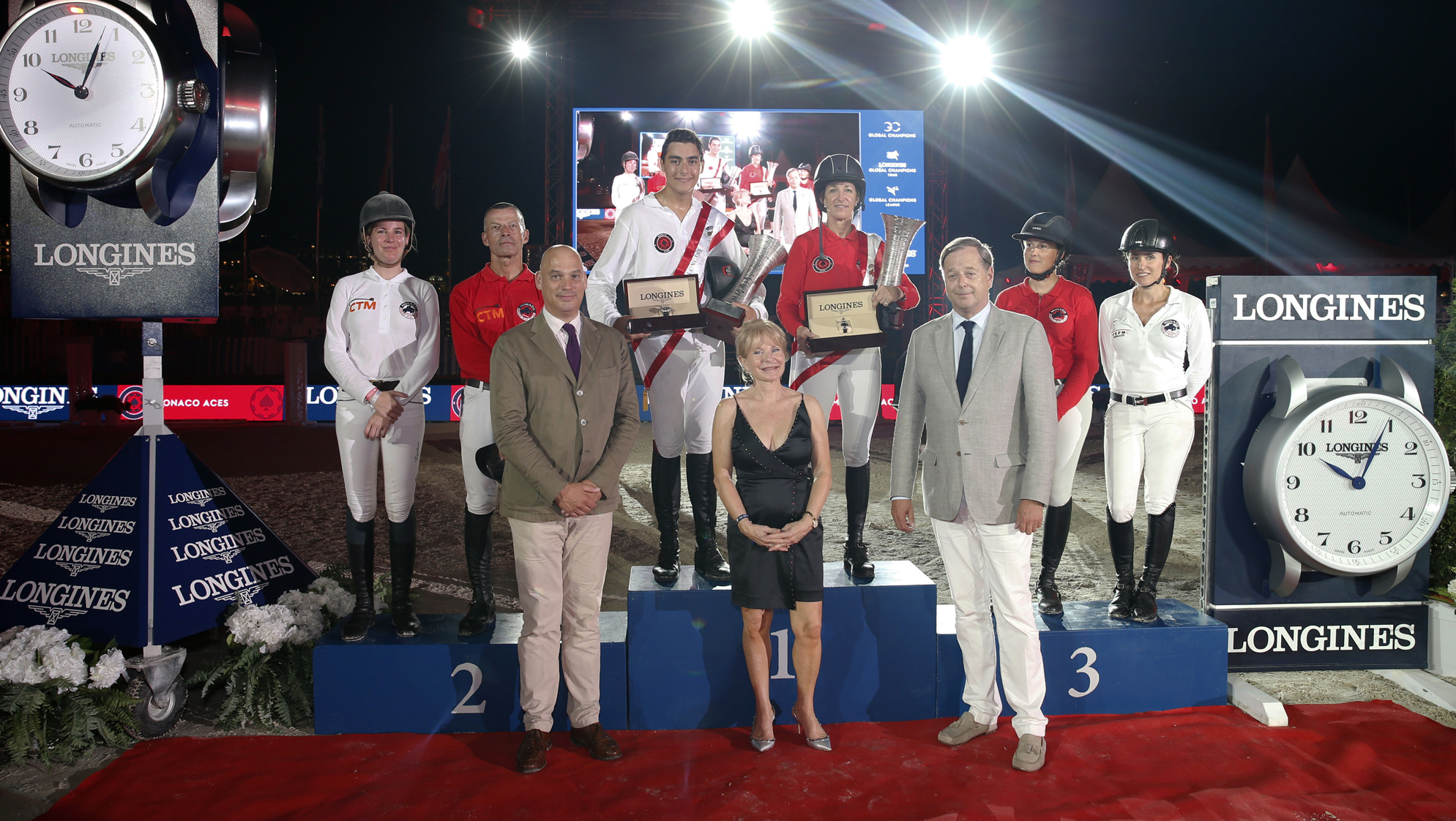 The Longines Global Champions Tour of Monaco hosted the Longines Pro-Am Cup for the tenth year under the sparkling floodlights right next to the port of Monaco on the second day of competition. The Pro-Am competition is where an amateur rider pairs up with a professional in a race against the clock. The evening has become a thrilling evening fixture at LGCT Monaco.

The team relay concept was created back in 2010 by Patron Charlotte Casiraghi. This year 14 teams took part in the sizzling competition including the reigning champions the Equestrian Federation of Monaco Team along with Team Longines, Team Audi, Team Tennor and Team Casino De Monte-Carlo. The top eight teams in round one go through to the second round to battle it out over the same course for a podium position.

As the cool sea air flowed into the arena, the eight qualified teams all came back fighting hard to come out on top. All eyes turned on the first team out Team Nice Matin consisting of Tiziano Barea and Gianluca Apolloni who produced a solid clear to kick off with.

Reigning Champions Equestrian Federation of Monaco Team were made up of Dutch rider Kim Emmen and Dietlinde Thomel - the pair stormed ahead by cutting over 3 seconds off the time to beat and they ultimately finished in third overall. Next in Team Tennor saw Tess Carmichael fly around again in a blistering fast time, her pro partner Marcus Ehning cruised Bangle SR over the finish line in a time of 63.29 seconds - it was a valient effot but the combination couldn’t quite match the pace and didn’t end up on the podium.

Team Longines was made up of the talented Julia Tops and Longines Ambassador of Elegance Jane Richard Phillips. The duo were a little steadier than the other teams but they gained a standing ovation as they crossed the finish line after oen of the smoothest performances of the evening. One of the youngest riders in the field Kristina Klebanova was jumping for Team Casino De Monte-Carlo and was paired with Mike Kawai. They were the only team to pick up a fault in the second round dropping them down to 8th place.

The Monaco Aces flew into the lead with a foot perfect round from both Laura Kraut and her teammate 15-year-old Inigo Lopez de la Osa Franco who both gave it their absolute all. Their experienced horses knew exactly what to do and they took home top honours in emphatic style, blowing away the rest of the competition with a sensationally speedy round. Inigo has won this class before but newbie Laura Kraut stepped up and brought it home much to the crowds' delight.

The last team to go was dangerously quick Pius Schwizer and Milena Pappas for Team CTM, however, they couldn’t quite match the pace tonight and finished in second place - just 0.94 seconds behind the Monaco Aces.

It was a thrilling night of entertaining sport from future stars and world-class riders. For the full results, please click here.