The first Longines Global Champions Tour Grand Prix of 2021 kicked off in dynamic Doha, Qatar, full of passion and power with a highly emotional win for Niels Bruynseels riding Delux van T & L.A spectacular sound and light show at the prize-giving ceremony in the Longines Arena, AL SHAQAB, part of Qatar Foundation, rounded off three days of the highest calibre show jumping kicking off the supreme test to find the 2021 LGCT Champion. Niels’ victory secured him the first coveted spot in the LGCT Super Grand Prix at the GC Prague Playoffs. Clearly filled with emotion after his triumph Niels said: “I am so so happy that I won today, this championship has the best riders and horses in the world, I can only thank my amazing horse who always gives everything for me."Italy’s Lorenzo De Luca took second spot and Canadian star Eric Lamaze joined the podium line up as Her Highness Sheikha Mozah bint Nasser and His Excellency Sheikh Joaan bin Hamad bin Khalifa Al Thani attended the ceremony with Qatar staging the prestigious opening leg of the 2021 season.

First round
The course proved difficult as many top combinations were struggling to master the challenges of the substantial 1.60m track with 13 obstacles. It was top sporting entertainment for the fans watching around the world on GCTV.With 34 combinations fired up for action it was soon clear one of the trickiest lines in the course was the final line to a narrow plank and the several riders opted to retire including Andrzej Oplatek, Pius Schwizer, Titouan Schumacher and Maurice Tebbel.
Evelina Tovek and Gregory Wathelet were among the other talents who ended up out of the running. It was Bart Bles who lit up the arena with the first fantastic fluid clear which was followed by Christian Kukuk on Mumbai setting up a tantalising jump-off.
Rene Lopez and Kheros van't Hoogeinde left the arena frustrated after superbly navigating the course but picking up just one time fault after he added a stride to the last.
Lorenzo de Luca and the limitless scope of Nuance Bleue VDM Z produced a super clear pitching the Italian into the jump-off. There was disappointment for Olivier Phillippaerts and H&M Legend of Love as the final fence next to the in-gate fell meaning they would be out of the jump-off today.
Eric Lamaze made easy work of the course and cruised into the jump-off line up with Bart Bles, Christian Kukuk, Lorenzo de Luca,  Niels Bruynseels, Marcus Ehning and Scott Brash.

Bart Bles kicked off the jump off on Kriskras DV with a fast clear in 42.16, but at two points in the course, including the oxer, he left a tempting margin for other riders to play with. And they did.

The strong combination of Christian Kukuk and the 9-year-old grey stallion Mumbai executed a tight turn into the GC fence, but the pivot was too deep and the combination paid the price with four faults. Kukuk finished faster than Bart Bles in 40.64 but with penalties.

Lorenzo De Luca’s less experienced horse Nuance Bleue VDM Z seemed upset at the start but found rhythm after the first fence and slotted in a couple of tight turns to make up time delivering an impressive clear in 40.20 and clinching second spot in the LGCT Grand Prix of Doha.

Olympic Champions Eric Lamaze set off at a cracking pace but went wider going into the Longines double and lost ground into the LGCT upright. But the Canadian maestro caught up time and blasted up the order on his new mount Dieu Merci van T&L ultimately finishing in third place on the podium.

Niels Bruynseels and Delux van T & L were smooth in the first part of the course but then had to go flat out to the LGCT upright and make it a gallop to the final fence. His all or nothing sprint was brilliantly performed and it paid off rocketing him into the lead in a 39.93 and securing the first coveted spot in the 2021 LGCT Super Grand Prix at the GC Prague Playoffs.

Ehning was off to a flying start on Stargold but rolled a pole at the GC vertical and then his round took another blow with the German champion finishing on a total of 8 faults but in a frustratingly super fast time of 38.85.

Last night’s winners Scott Brash and Hello Vincent were fast from the start with an intelligent turn around the Qatar Foundation fence and even tighter to the LGCT vertical, but a pole crashed to the ground ending his hopes. Brash had another knock down clipping the front rail of the Longines oxer pushing him up to 8 faults.So it was Niels Bruynseels on Delux van T & L who landed on top of the podium tonight in the first LGCT Grand Prix of the season! 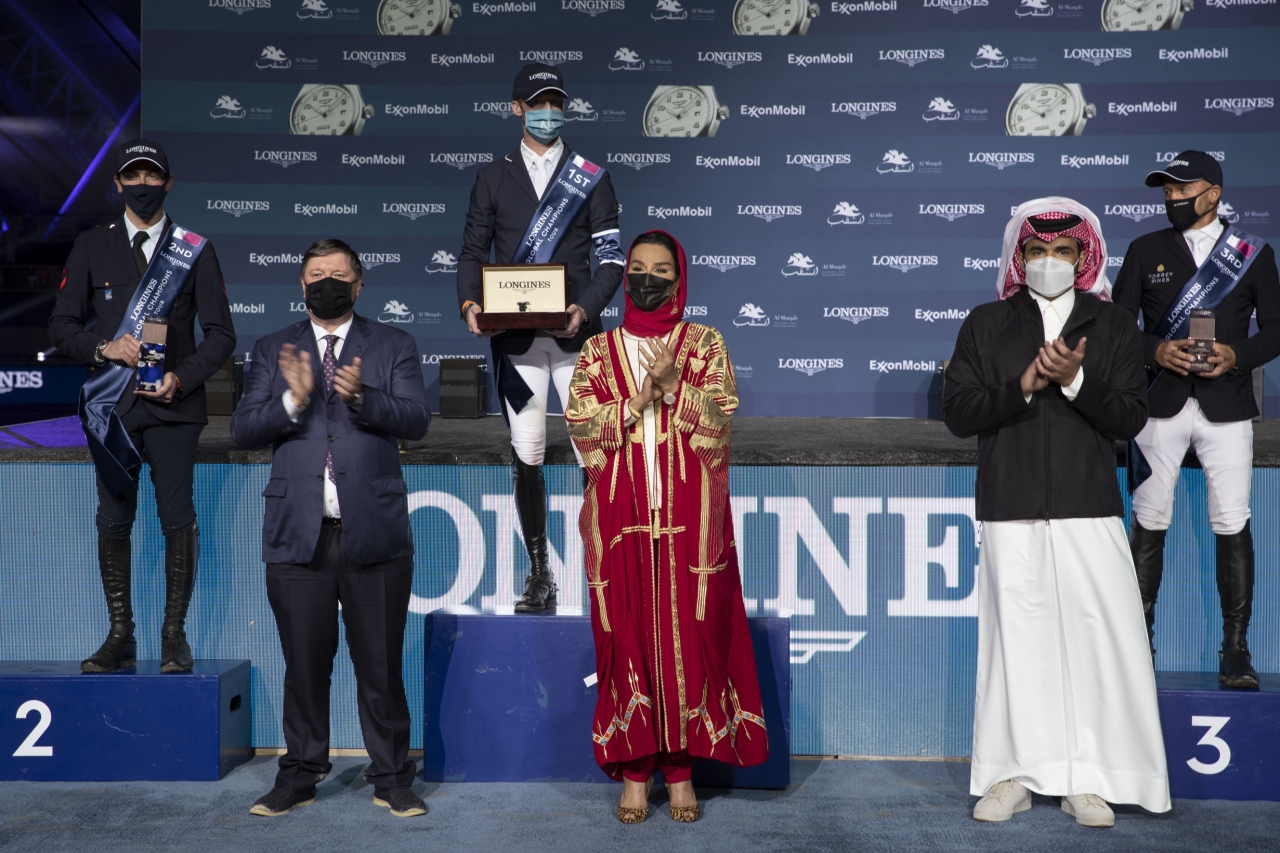