Jessica Springsteen and Malin Baryard-Johnsson are among strong female firepower who have been recruited and Eve Jobs has been signed up for the Paris Panthers team in the GCL mid-season transfer period. Six other squads also bring in new strikers while the remaining teams stay untouched retaining their key players for the critical race to the Finals and the GC Prague Playoffs in November.

Malin Baryard-Johnsson is among top show jumping talent joining GCL teams after the annual transfer window, as squads look to boost their chances for the second half of the season. Baryard-Johnsson has been signed by the Shanghai Swans who currently sit third in the GCL Champions race. In a powerful move, throwing down the gauntlet to their rivals, they have brought in the high profile Swedish star to join their line-up of Christian Ahlmann, Max Kuehner, Alexandra Thornton, Pius Schwizer and U25 rider Lucas Porter.

In another shake up the 12th placed team Scandinavian Vikings have signed American talent Jessica Springsteen to inject fresh energy to their line-up. The Vikings have recruited Springsteen to step up alongside Geir Gulliksen, Evelina Tovek, Henrik von Eckermann, Frank Schuttert and U25 Teddy Vlock.

Team tactics are being sharpened for the big push to the GCL Super Cup where €6 million will be up for grabs. But a majority of teams are sticking with their winning formula and leaving their rosters unchanged, such as overall series leaders Valkenswaard United and their closest rivals Monaco Aces. This mid-season opportunity also brings an injection of fresh and top horsepower for the latter part of the season. The increased talent and firepower sets the stage for a riveting part two of the 2021 GCL season.

Fresh from their recent win at GCL Monaco, Paris Panthers will treat fans to the thrill of watching show jumping stars such as Harrie Smolders, Nayel Nassar, Gregory Wathelet, Darragh Kenny and Pénélope Leprevost join forces with America’s young talent Eve Jobs for the rest of the 2021 season. Jennifer Gates, Team Owner of Paris Panthers, will be cheering her squad on at GCL events when her studies allow.

Madrid In Motion are strengthening their team with the addition of Marlon Modolo Zanotelli as they look to better their 10th place in the rankings - aiming to finish the season in the top 4 to be fast-tracked directly into the semi finals stage of the GCL Super Cup at the GC Prague Playoffs. Zanotelli will join father and son Eric and Maikel van der Vleuten, Mark McAuley, and Eduardo Álvarez Aznar and U25 rider Michael G. Duffy.

The pressure is on the squads to strategically play to their strengths in the diverse arenas and unique scenarios across the crucial second half of the season. Heading into leg 8, GCL Berlin, all eyes will be on the teams to see who they will field in the most compact of playing fields in the German capital as the battle to squeeze Valkenswaard United’s 38 point lead intensifies. 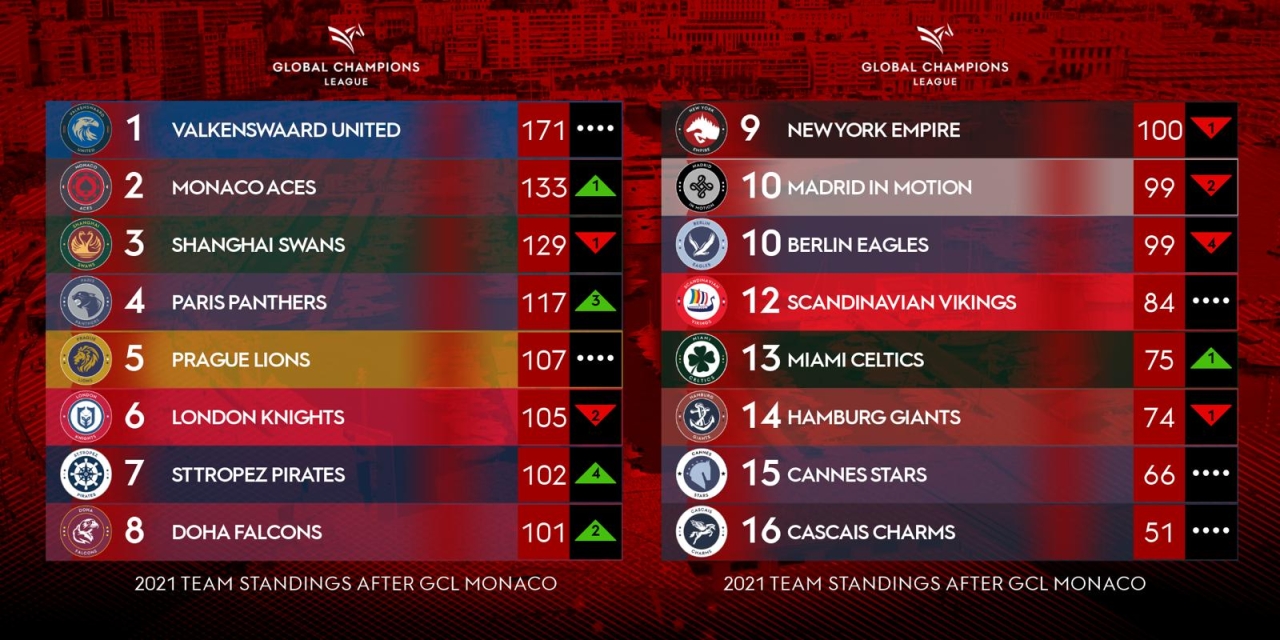