Crucially Ahlmann of Germany will not be taking to the arena in New York (23 - 25 September) so he will stay with 238 points to his name in the championship standings, just six points ahead of Maher who currently lies in second on 232 points. A win from Maher at LGCT of New York will see the current world number 6 soar into the lead on 259 points ahead of the much-anticipated final in Riyadh, Saudi Arabia, next month.

With the best 8 scores from the season counting, Maher has to improve on his worst score of 13 points in New York to increase his points while Ahlmann will have to get more than 22 points in Riyadh if he wants to change his tally.

As winner of both the 2022 LGCT Grand Prix in Stockholm and Hamburg, and anchor-man of the GCL team Shanghai Swans, Ahlmann will have to wait until Riyadh to defend his lead against Maher who is traditionally in form in the heartland of America, as winner of the 2019 LGCT Grand Prix of New York, and two-time overall winner of the LGCT Championship. Maher could make history this season to be the first person to ever win 3 Championship titles!


How the points work:


With the best in the business set to start in New York, Maher is expected to put everything on the line to replicate his results from the past years as the season moves to the closing stages.

Passionate spectators are travelling from near and far to the heart of New York City to witness world-class show jumping take place for the second time at Governors Island under the watchful eye of the Statue of Liberty, and in the shadows of the Lower Manhattan skyline – one of the most awe-inspiring stops on the Longines Global Champions Tour calendar.

Tickets for the GC Lounge are sold out for Saturday but limited tickets are still available for Friday and Sunday. 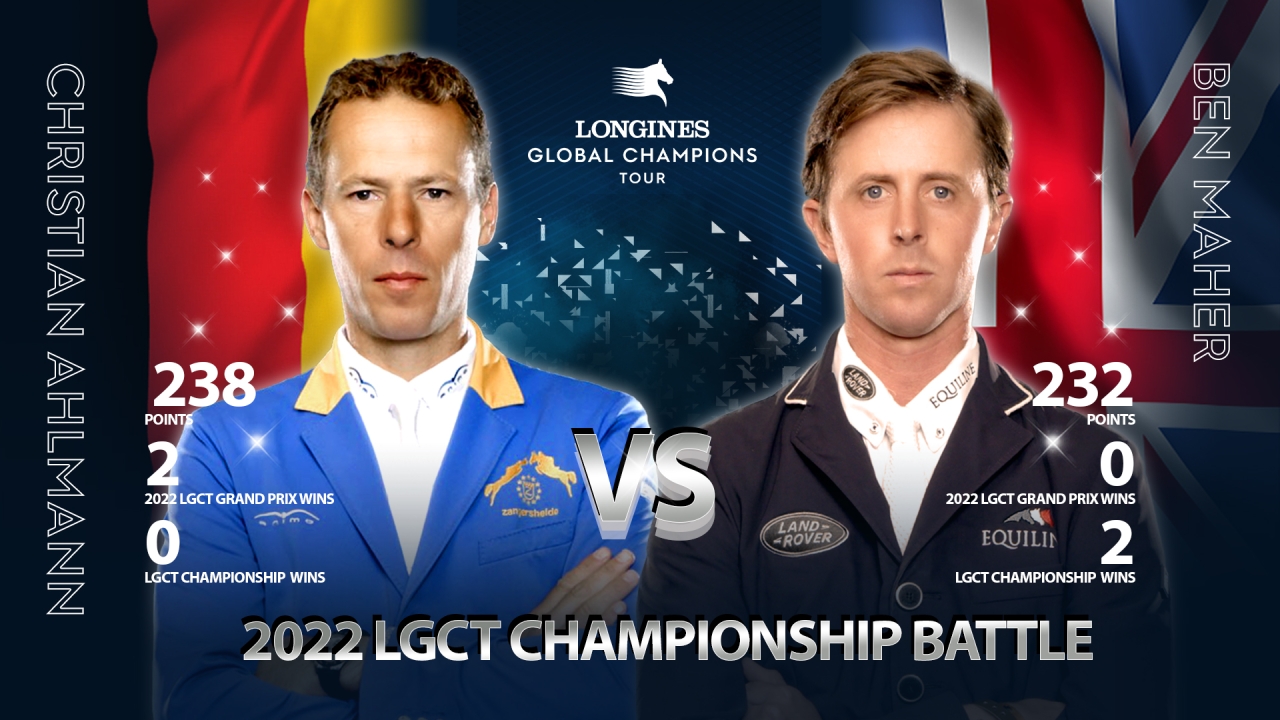