It was a day Sanne Thijssen will never forget as she took the biggest win of her career with her ‘horse of a lifetime’ Con Quidam RB in a dramatic Longines Global Champions Tour Grand Prix of Madrid.

Inspiring young riders around the world, the 23-year-old became the third-youngest rider to ever win a prestigious Longines Global Champions Tour Grand Prix after having the opportunity to jump against the world's best athletes as the U25 rider for the GCL team Istanbul Sultans.

The young talent took a breath-taking win in front of a full capacity crowd and Jose Luis Martinez-Almeida - Mayor of Madrid, beating Darragh Kenny with VDL Cartello and Marlon Módolo Zanotelli onboard VDL Edgar M to the top spot on the podium by just under a second. In a dramatic jump-off Kenny and Zanotelli stopped the clock at exactly the same time of 39.91s to claim joint second place.

Clearly emotional after her Sanne said: “You can’t even put into words this feeling, I really wanted to win a Global (LGCT) Grand Prix. Now I have the opportunity and I wanted to take this chance and I took it. It is an unbelievable show here, there are so many people here which is amazing, the atmosphere is just top.”

Speaking about being part of the select few riders who will compete in the LGCT Super Grand Prix at the GC Prague Playoffs later in the year, Sanne said: “It is unbelievable, to be up with these top riders is just unbelievable.”

Sanne has been riding Con Quidam for nine years and does most of her riding in the local forest at home where he is happiest. She explained to GCTV that the key to his performance in the ring was: “I never really jump him at home, just for training and condition. Mostly we go to the forest.”

Once again Katrin Eckermann made it through to the jump-off with her talented mare Cala Mandia. She couldn’t quite match the pace but her double clear landed her fourth place to shoot up the overall LGCT championship ranking to second place on 98 points. Ludger Beerbaum still leads with 99 points and Michael Duffy slips to third place with 96 points after being unable to jump the LGCT Grand Prix qualifier today after his horse twisted a shoe.

As the sun began its slow descent over the beautiful Club de Campo Villa de Madrid, Santiago Varela Ullastres’ course was another clever challenge requiring three key ingredients - scopey jumping, careful precision and absolute control. Using the full expanse of the foot perfect grass arena, and built specifically for the undulating field, the flowing track was a true test for the world’s best, promising mouth-watering sport for the fourth leg of the Championship race.

10 of the most exceptional combinations in the world made it through to the jump-off and the crowd erupted in celebration as first to go, home hero Eduardo Alvarez Aznar entered the arena. Although hopes for a Spanish win were crushed early on as two poles fell and the pair had to hand the victory to someone else.

There was disappointment for the young American Brian Moggre with 13-year-old MTM Vivre le Reve and Yuri Mansur on QH Alfons Santo Antonio as they both went all guns blazing but knocked a rail each, crushing their chances of the win.

Darragh Kenny punched the air after VDL Cartello soared over the last fence to take the lead in 39.91s but he didn’t stay in the lead for long as Marlon Módolo Zanotelli and VDL Edgar M managed to make history and cross the finish line clear and in the exact same time. The pair had a long wait to see if they would be sharing first place as lots of young female talent was still to come.

Having tasted an LGCT Grand Prix podium last year in Paris Jodie Hall McAteer and Salt'n Peppa were hungry for more. In full focus mode, Jodie let the gelding stretch out and opened him up across the expansive grass arena. They put in a stunning double clear but had to settle for 5th place in a time of 41.66s.

Two more clear rounds came from Katrin Eckermann on Cala Mandia and Ioli Mytilineou with L'artiste de Toxandra in her debut LGCT Grand Prix, both ecstatic with their performances to claim fourth and sixth respectively.

Saving the best to last Sanne Thijssen looked more determined than ever to have her time in the spotlight. At a flat out gallop she was up on the time halfway around allowing her to have an extra check to the final 1.60m Longines upright to cross the finish line in 39.15s. She screamed and punched the air before pointing at her horse and hugging him tightly for half a lap of the arena. It was a dream come true for a star of the future who has taken full advantage of the opportunity to compete on the best stage in the world.

The Championship race now looks to Ramatuelle, Saint-Tropez, where the tour continues with leg five of the spectacular global circuit. 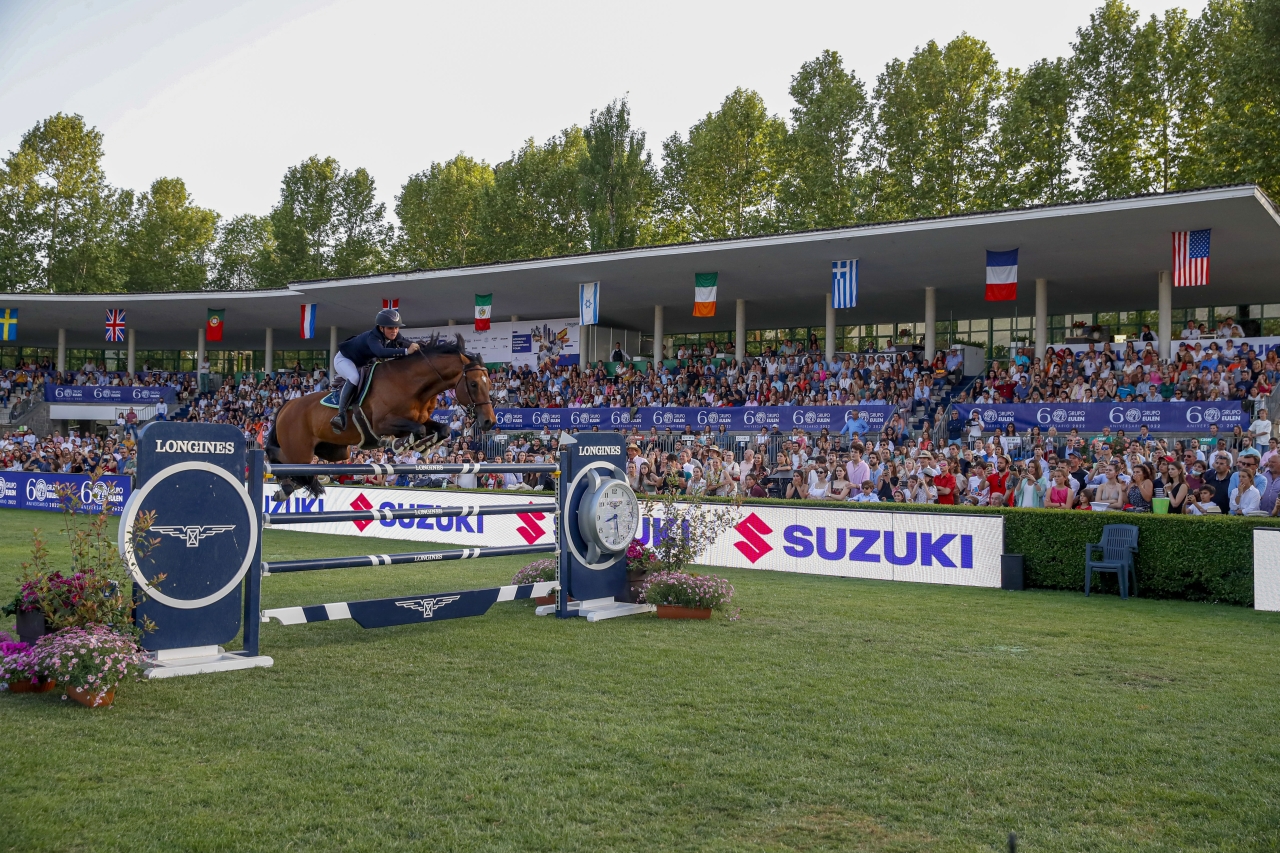