Cannes marked the halfway point of the 2022 season, and in this episode of The Insider, hosts Marc Lewis and Frederik De Backer dive into the mid-season statistics that have shaped the season thus far.

Prague Lions secured their second win of the season and boast a 100% podium success record, reaching the podium twice and converting both of those appearances into wins. De Backer: "If you compare their situation to last year after seven stages, they are 25 points up on their score last year. It looks promising."

Madrid in Motion (4) have secured more podiums than any other team this season while Cannes Stars are punching well above their weight with two podiums of their own. 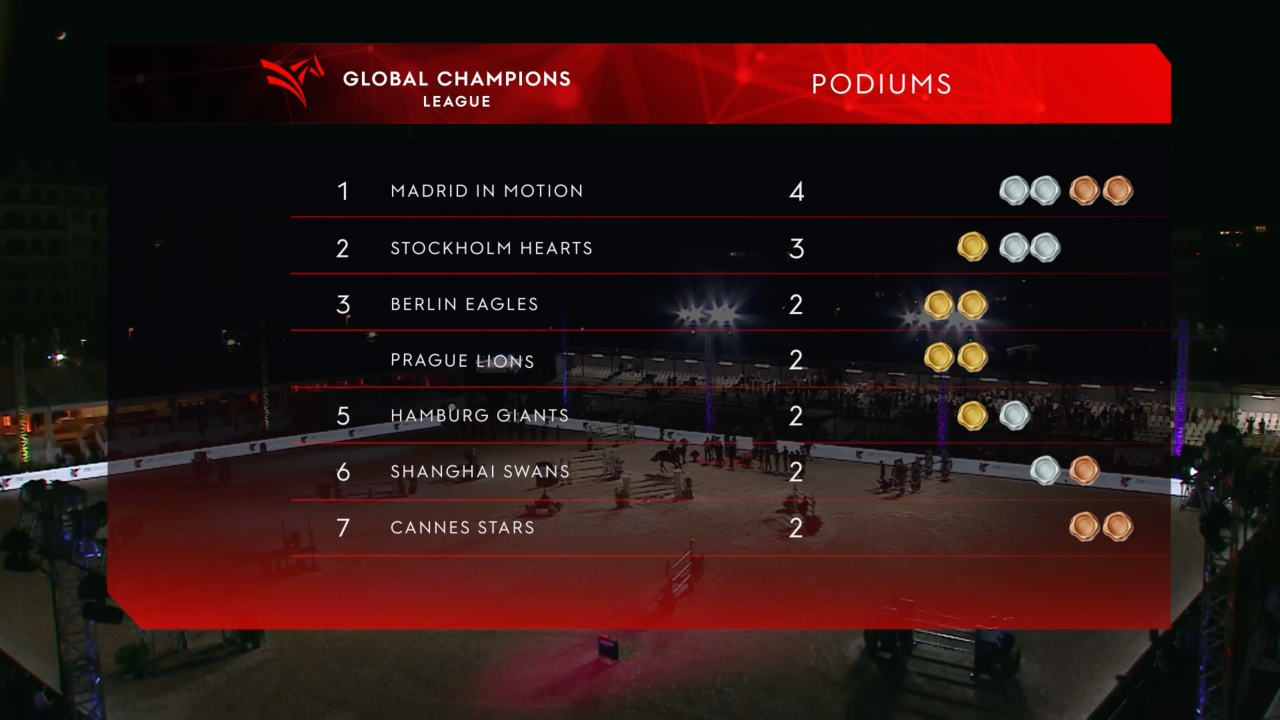 The Berlin Eagles, the championship leaders, share the record for the highest number of clear rounds with Madrid in Motion and Hamburg Giants. New York Empire are a unique case because although they have registered 13 clears, it comes at a cost of 3,9 points per round. De Backer: "Thirteen clears is a fantastic outcome, but how do they come out with an average score of 3,7? That is what's costing them." 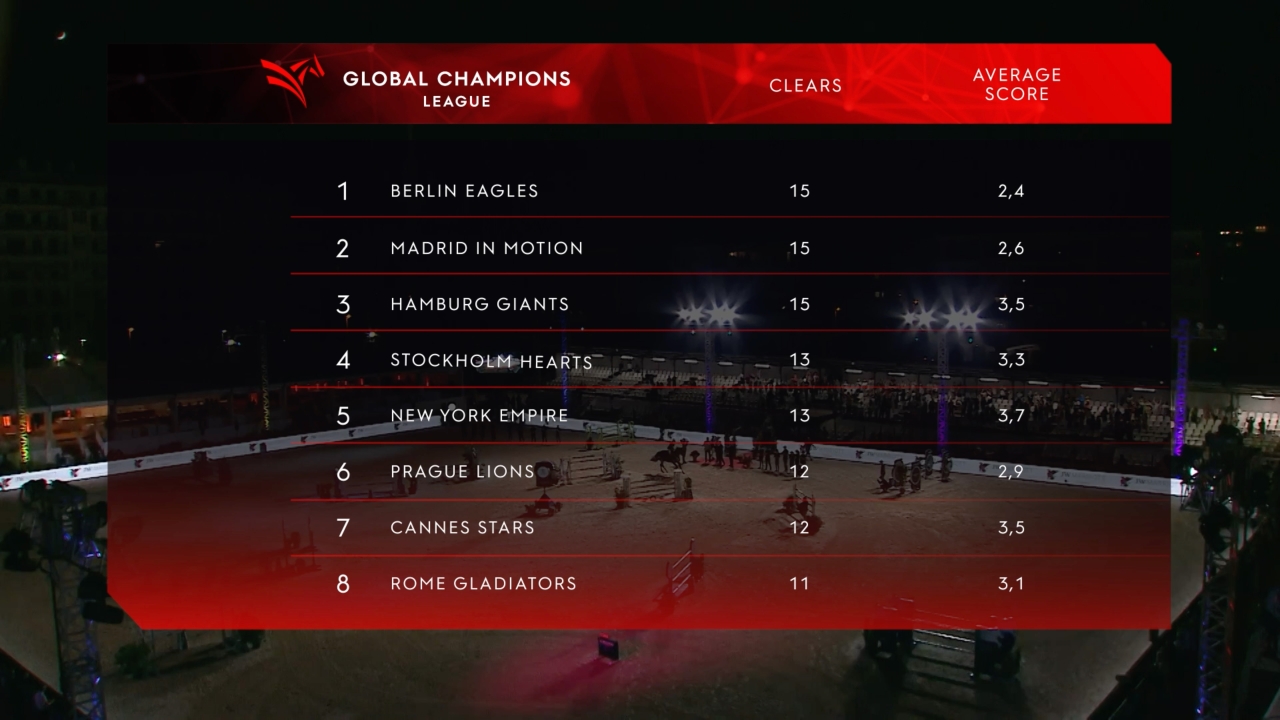 Average scores of all 16 teams are unpacked. Lewis: "To help understand average score, it's important to remember that after seven stages, we have completed 28 rounds with four rounds per stage. The average score is the team's score divided by 28."

Championship leaders Berlin Eagles boast the lowest average score at 2.4 while Rome Gladiators, Shanghai Swans and Stockholm Hearts are all over above 3.0. Defending champions Valkenswaard United are 10th with 3.9 and Paris Panthers even further down at 4.0, indicative of their struggles this season. 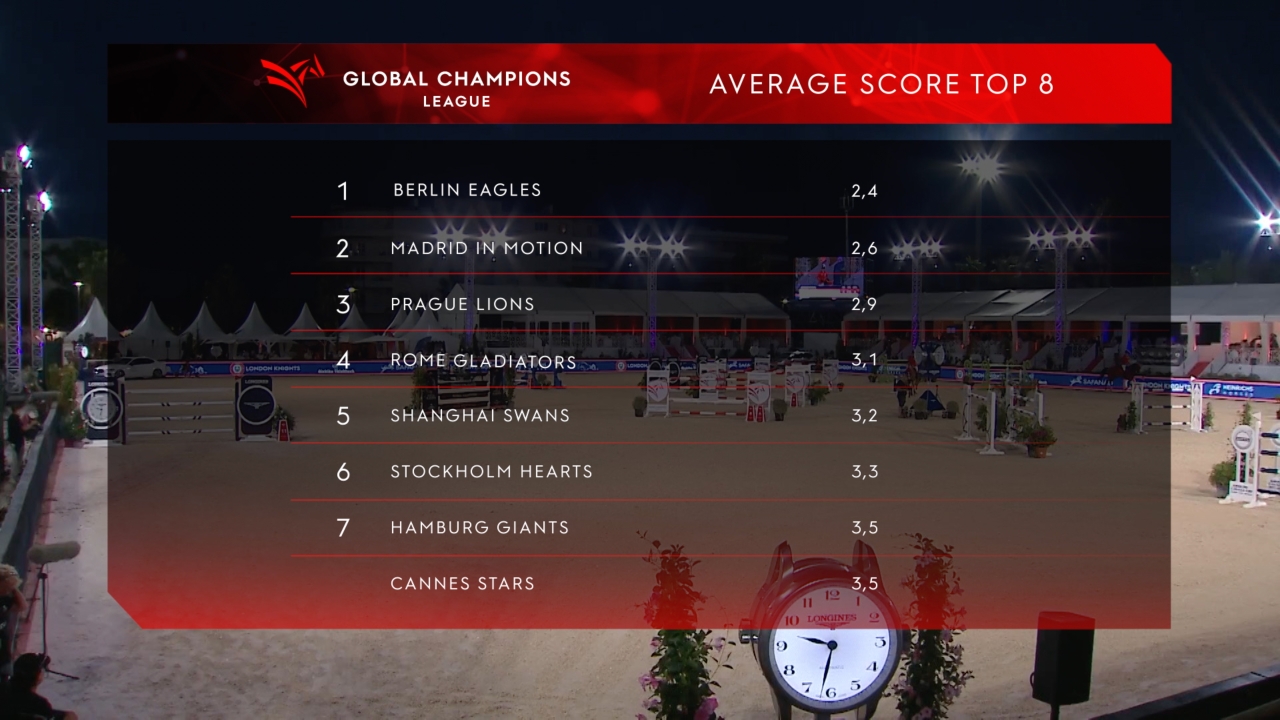 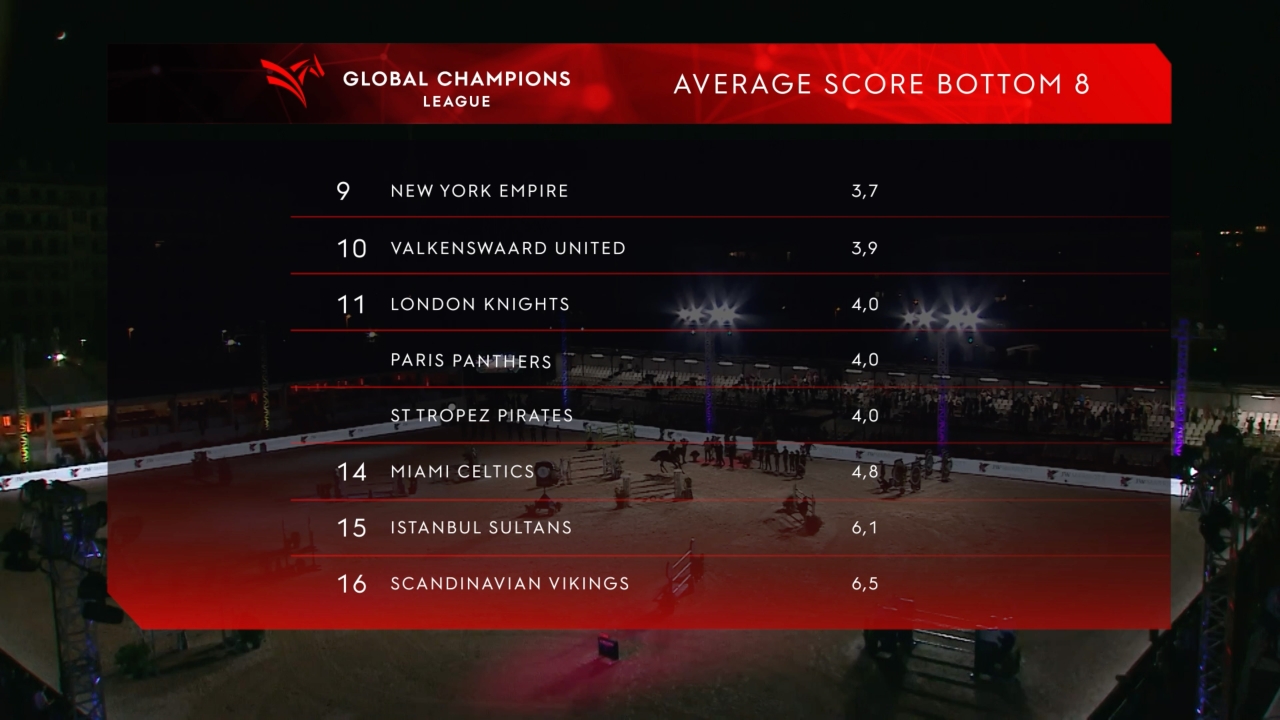 This week's three Star Jumper nominees were also unveiled for standout moments and performances this weekend:

The GCL takes a week's break now before heading to Stockholm for Round 8 from June 17th - 19th. To find out more about the Global Champions League, watch The Insider with your GCTV Live Pass.