In the latest episode of The Insider, hosts Marc Lewis and Frederik De Backer look back on the sixth stage of the Global Champions League in Hamburg, a stage that saw defending champions Valkenswaard United claim their first victory of the season.

The Return of Valkenswaard United

A fast four from Marcus Ehning and a clear from John Whitaker not only gave the men in blue their first podium of the season, but the victory also served as a landmark in the competition as Valkenswaard United (14) now have more stage victories than in other team in GCL history.

De Backer on United: It wasn't really clicking yet, but now, step by step, a big jump up the championship table. Finally they are showing the form that we expect."

The win in Hamburg moves them to sixth on the overall championship, giving them the belief that a GCL Super Cup semi-final spot is once again a realistic goal.

The two presenters look at the remarkable change in the Top Four after six stages in 2021 compared to the current Top Four in 2022.

De Backer: "The difference between first placed Valkenswaard United and second placed Shanghai Swans was 41 points. Last year we joked that Valkenswaard could skip a stage and still lead.

Lewis: "It's not even just about the names of the teams that are different this year, the gap between the top four is so different. There is more competition, it's very compact compared to last year." 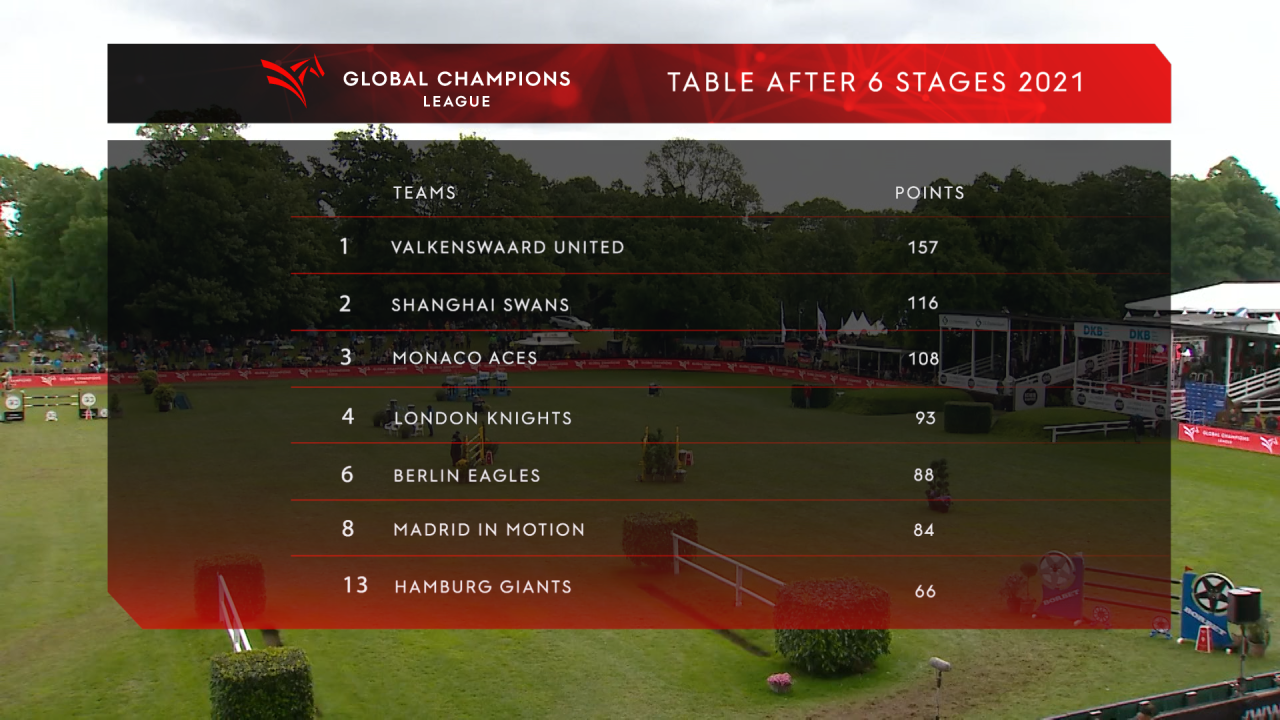 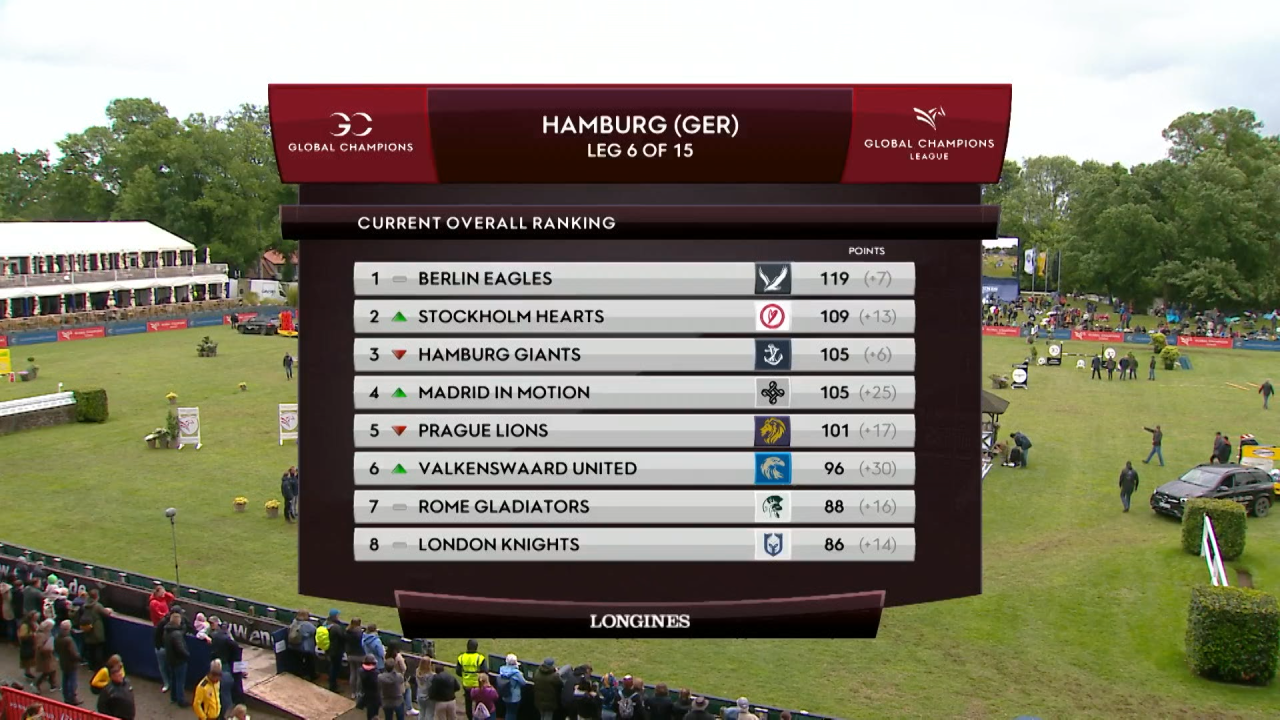 De Backer: In 2022, there are only 14 points separating first and fourth. After six stages in 2021, Valkenswaard United had collected 157 points, while this year, Berlin Eagles have only collected 119, thats a 38 point difference.

Lewis and De Backer interview Johnny Pals after a second podium for the team, a performance that moves them up to 10th on the overall standings, a far cry from the struggling team of 2021.

Pals: "Hopefully we can have a podium again this weekend. We are one team, the riders and the grooms. We got another podium and we've very happy with that. My horses are happy and healthy. "

The competition heads to Cannes for round seven this weekend. To find out more about the Global Champions League, watch The Insider with your GCTV Live Pass.