The heroic lineup for the 2021 season Finals at the Longines Global Champions Tour of Šamorín will feature 11 out of the top 12 on the LGCT season rankings. The worlds best bring with them a host of serious horsepower as 163 horses and 58 athletes from 18 different nations land in the stunning town of Slovakia for the climax of the 2021 season.

With all four 2021 Olympic Gold Medalists competing this weekend at the Longines Global Champions Tour of Šamorín it can be announced today that they will all ride their Gold Medal winning horses.

Horses and riders will need to be in top gear at the X-Bionic Sphere from 21 - 23 October as the level of competition steps up a notch for the last event of the regular season and where the 2021 champion of champions will be crowned. Big names and famous equestrian faces will feature in this week's lineup with the likes of Dominator 2000 Z, Cool Feeling, Beauville Z, Fellow Castlefield, Claire Z, Deluxe van T & L, Vitiki, Hello Jefferson and many more enjoying the world-class facilities at this first indoor event of the season.

The season Finals are set to be an unmissable showdown with a repeat battle of Tokyo between Peder Fredricson on H&M All In and Ben Maher on Explosion W fighting it out one last time this year.


Here is how the scoring could work out…


The action kicks off tomorrow at 15.25 local time with the crucial GCL of Samorin Round 1 commencing at 18.30 local time. Tune in to GCTV to watch all the drama unfold live from the Final event of the season before the GC Prague Playoffs in November. 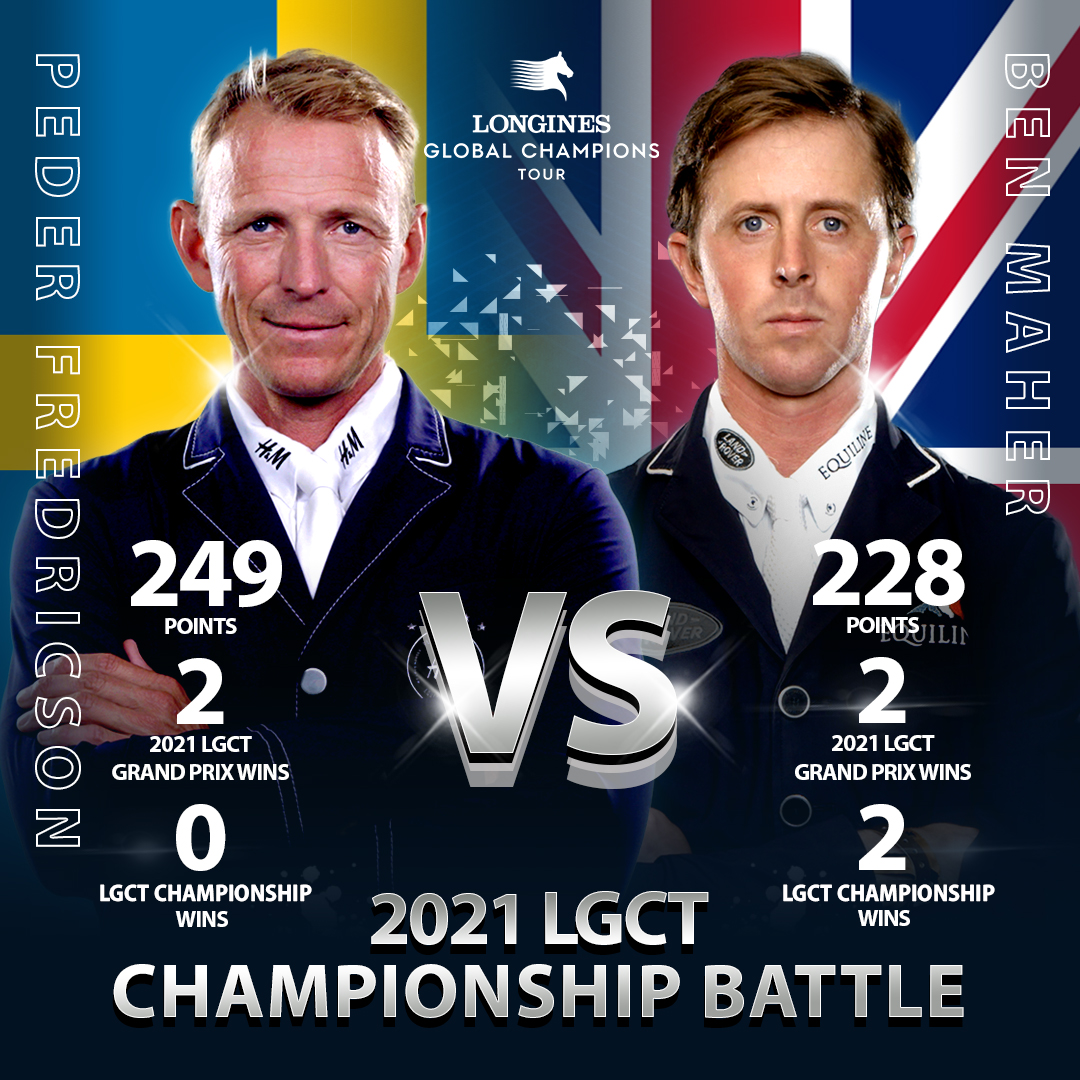