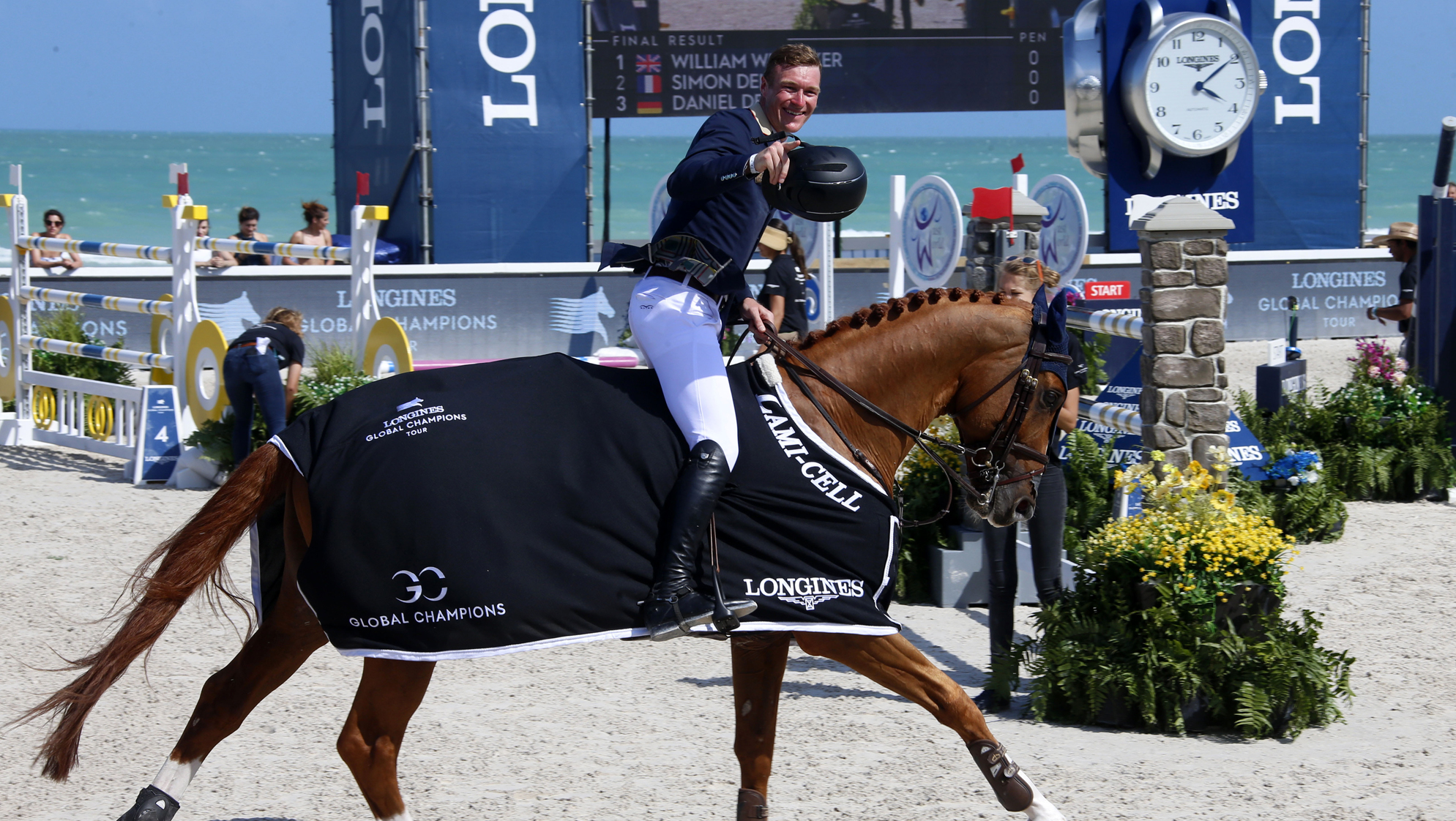 On the penultimate day of LGCT Miami Beach 28 riders raced against the clock around Uliano Vezzani’s course of 1.45m fences in the hope of taking home a win on the beachfront. Spectators watched eagerly under the perfect weather conditions in Florida as the level of sport was taken up a notch and speed was the aim of the game.

Nine fast and furious combinations managed to jump clear but it was William Whitaker (GBR) and RMF Chacco Top who placed themselves on top.

First to go Shane Sweetnam (IRL) and Palina de l'Escaut set the pace finishing in a time of 56.81. He showed all the inside turns, but had a unlucky fence to come home on a score of 4 faults. Gerco Schroder (NED) produced the first clear as he gave Davino Q a quiet ride around the arena and comfortably cruised along in a time of 69.50 seconds, leaving lots of space for the rest of the field to overtake. Talking about his round Gerco said: "Most of these horses here jumped last week in Mexico where it was a very different arena and environment. My horse feels a little excited here on the beach with the sea and that is why I used today as a schooling round in preparation for the Grand Prix Qualifier tomorrow."

A fast couple of Bertram Allen (IRL) and Izzy By Picabello had an early fault and showed the management plan these horses need to make sure Izzy is on form for the big class later today by also gently guiding him around. British rider Ben Maher dropped strides out of the first two related distances, looking on track to take over the lead but Don Vito decided the turn back to the Longines up-right was too tight and this refusal added with later fence left him with 8 faults.

A full 10 seconds was then cut off the Gerco's time by Danielle Goldstein and Gio W-Z who glided around the course, they finished just outside the top 5. Former world number one Harrie Smolders (NED) steered multiple speed class winner Zinius around in a time of 59.10 seconds. He took the gas off on the second half of the course once he had had a fence down. Harrie described his round: "The fence I knocked was a very light touch, luck was not on our side but there is another class to go so fingers crossed. The course was not too technical but you need a naturally fast horse to win."

Colmar the big striding grey stallion turned very tightly to fence number 10 meaning Shane Breen (IRL) set a new time to beat and took the lead by a comfortable margin of over 4 seconds. Smiling he said "I am delighted, Colmar is an inexperienced horse, I didn’t think of him as a speed horse but when your a big striding horse it pays off. The arena here is like an indoor without the roof so the horses really have to adjust."

After winning the speed class last week in Mexico City, all eyes were on Scott Brash (GBR) riding Hello Mr President for the first time here at Miami Beach. He finished with 8 faults but will be back later with the aim to climb higher up the end results.

Former LGCT Grand Prix of Miami Beach winner Edwina Tops-Alexander (AUS) would have gone into second place but the last fence fell and she ended in 12th. Bassem Mohammed (QAT) and Argelith Squid were the winning combination of this class 12 months ago. They set off with the plan to repeat history but unfortunately today was not their day and they came home with a total of 14 faults.

Next into the arena was William Whitaker (GBR) and he flew straight into first place on the fairly new but very fast RMF Chacco. William explained "The course suited my horse, he is a stallion so can be distracted by his surroundings sometimes. Shane set a fast time leaving no area for you have a breather, I would have liked to have had one less to the second to last but I am thrilled with the way he jumped, he has all the potential he is a really great one to have on the team."

Soon after Frenchman Simon Delestre who is know for his speed tested Williams' time and finished just half a second slower putting him into second place with Filou Carlo Zimequest. Third place was taken by Daniel Deusser (GBR) who rode clear and tried to make up the time but with it being Cornet's first jump in the arena he was not within touching distance.