"We have a special bond": Smolders Sizzles in Spanish LGCT Madrid Opener 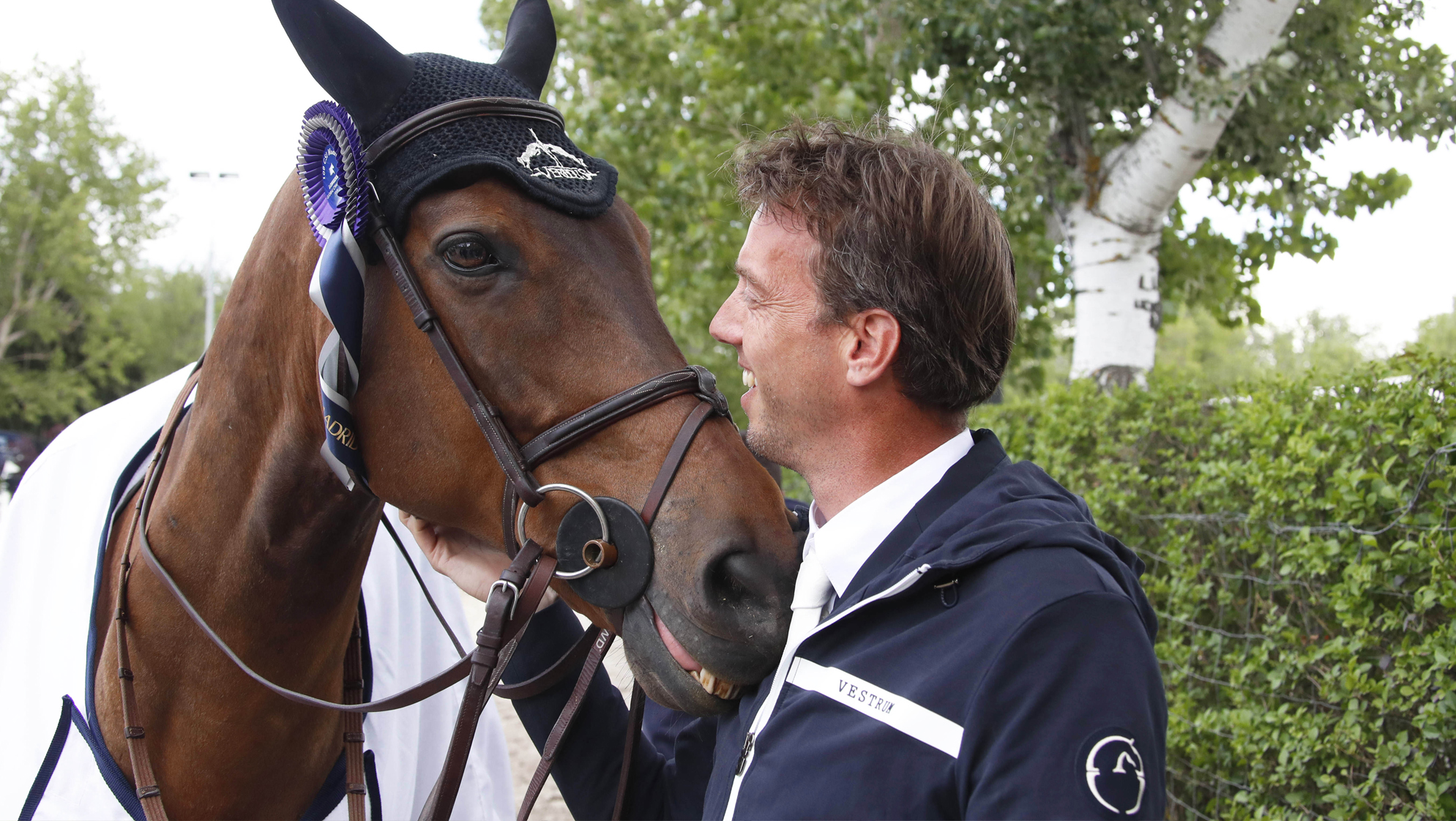 Harrie Smolders and the lightning fast Zinius powered to a convincing win in the opening class of the Longines Global Champions Tour of Madrid. The 2017 LGCT Champion took the first win of the weekend with the speedy gelding, beating a world class field of 54 international starters.

A smiling Harrie said after his win: “We have a special bond. He’s naturally very fast, and was in good shape in Mexico and Miami but were unlucky. It’s a good start, you can’t win them all if you don’t win the first! But I love coming back here to Madrid - the facilities are fantastic and there’s a lot of history here.”

Spanish designer Santiago Varela Ullastres created a flowing course to ease the top horses and riders into this weekend’s intense competition, missing out the famous water jump for the first class of the weekend but putting together a technical enough course for the world’s very best.

Peder Fredricson (SWE) and Cute S were the first to go clear in the two phase 1.45m competition, completing the first phase steadily before setting off like a rocket against the clock in the second part of the round. They flew through the finish gates in 31.03s, however knew that they could be beaten with the rest of the international field to come.

Local fans were delighted after top pairing Eduardo Alvarez Aznar (ESP) and Rokfeller de Pleville Bois Margot brought home a clear, the duo looking on fine form at their home event - an arena that Eduardo grew up riding at. With tomorrow’s competition in mind, they clearly opted for a steadier time, Eduardo giving his top horse Rokfeller a lovely ride around the galloping grass arena.

But Michael Duffy (IRL) and the bright chestnut Happydam soon set pulses racing, as the eye-catching horse showed off his lightness of foot and agility through the turns in the second phase. The pair shaved nearly half a second off Peder’s time, setting a new time to beat of 30.47s.

Maikel van der Vleuten (NED) soon powered to the lead, the Dutch rider looking intent on bettering Michael’s time with his bay mare Beauville Z, a horse he believes in greatly. The pair took the course in their stride, with Maikel daring the mare and stopping the clock in 30.18s - a time that looked unbeatable.

But his compatriot Harrie Smolders (NED) and Zinius are always a danger, and the pair were a force to be reckoned with today, the lighting-fast horse flying around the arena in response to Harrie’s quiet daring. The pair shaved milliseconds off Maikel’s time, stopping the clock in 29.31s as they found the perfect stride and shot to the top of the leaderboard.

Laura Kraut (USA) and Curious George put in a valiant effort, but had to settle for second behind Harrie, finishing in 30.14s.

The next class, the GCL Madrid first round will kick off at 18:15 local time. Tune in via GC TV to watch all the action live and free via the website.