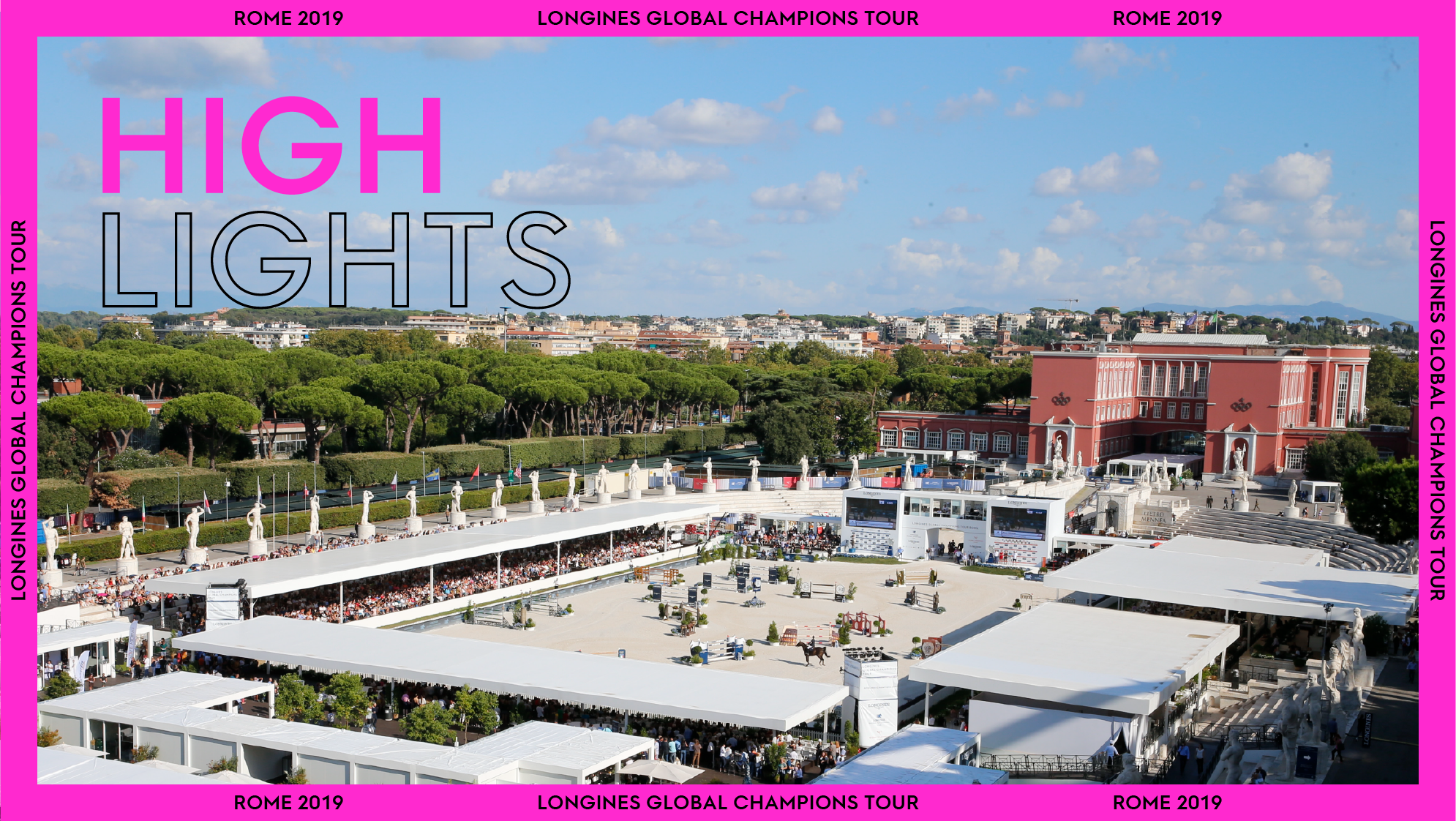 The magical city of Rome hosted the best in show jumping in Italy for the Longines Global Champions Tour championship battle in September 2019. The historic and beautiful city of Rome has been attracting visitors for over two millennia and continues to be one of the most fascinating destinations in the world, with the unique Stadio dei Marmi an exceptional setting for top show jumping.

The stunning combination of Ben Maher (GBR) and Explosion W took Rome by storm winning their second LGCT Grand Prix in a row in the dramatic setting, and propelled Ben into the lead at this crucial stage of the season in the overall LGCT Championship ranking in the final sprint to the 2019 Finals in New York. A thrilled Ben said: “Rome has been a lucky show for me in the last two years and Explosion loves the arena here and with the Italian crowd. It was a big Grand Prix today with not many clear rounds and it was an exciting class to be in. I am very happy and now and I will just enjoy the Grand Prix win and the overall Championship is important.”

Meanwhile in the drama-filled GCL of Rome, the Prague Lions emerged victorious after a knife-edge competition, which all came down to the final fence in a spectacular showdown. The Lions duo of Gerco Schroder and Marco Kutscher kept cool heads under enormous pressure with their horses Davino Q and Boeckmanns Lord Pezi Junior, delivering an almost flawless performance to take the win in Rome. But in a high-octane competition full of drama, nothing was guaranteed as fences fell left, right and centre.

The podium was rounded out by Madrid in Motion in second place, and Hamburg Giants in third. A delighted Gerco Schröder of Prague Lions said: "I’m very happy with my horses - both jumped fantastic yesterday and today. My teammate also did a fantastic job so I’m very happy!”

Take a look back at the best moments in our exciting highlights shows here!