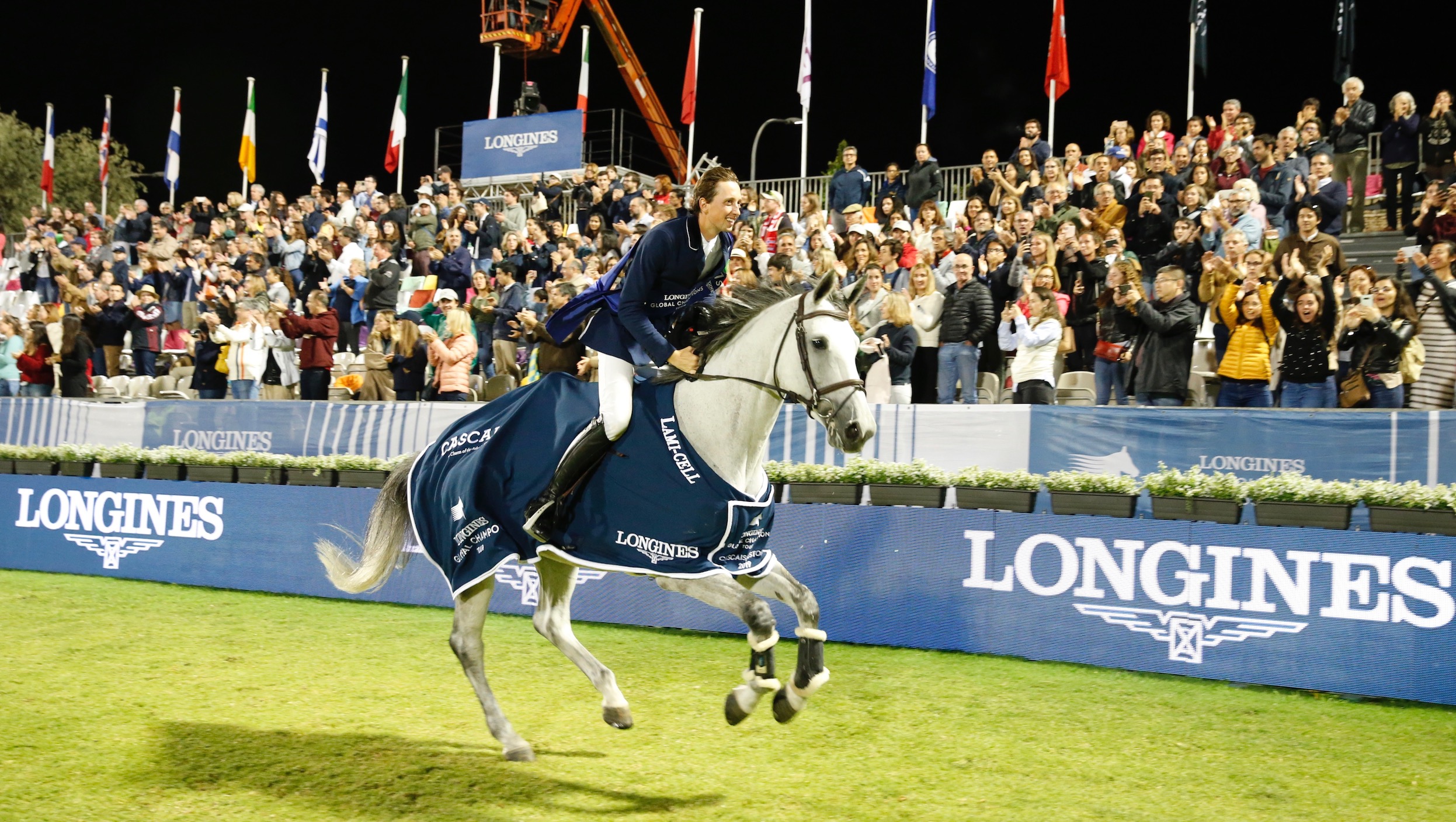 This week's instalment in our series of highlights shows heads to the stunning coastal town of Cascais near Estoril, Portugal - a firm favourite that has been on the LGCT circuit since its inception in 2006. This beautiful venue, with it's large grass arena is a favourite among competitors and spectators alike, and dramatic sporting action unfolded from start to finish in the 2019 running of the event.

In the Longines Global Champions Tour Grand Prix of Cascais, it was a fierce battle between the world's very best riders. Teammates Martin Fuchs (SUI) riding Chaplin and Ben Maher (GBR) riding Explosion W went head-to-head in an incredible jump-off, only hours after they took the win in the GCL team competition. This time the victory would go to Martin Fuchs, and the Swiss star earned a standing ovation from local and international spectators in the stands around the beautiful grass arena for this breathtaking performance.

Meanwhile in the GCL team competition, the London Knights catapulted themselves into the overall GCL ranking lead after a phenomenal win from the unstoppable duo of Ben Maher and Martin Fuchs. After two extremely fast clear rounds, the Knights put pressure on the rest of the field but in playing to their team strengths, they were untouchable at the top of the podium.

Take a look back at this exhilirating competition below.