Up Close with Jane Richard Philips on GCTV This Week 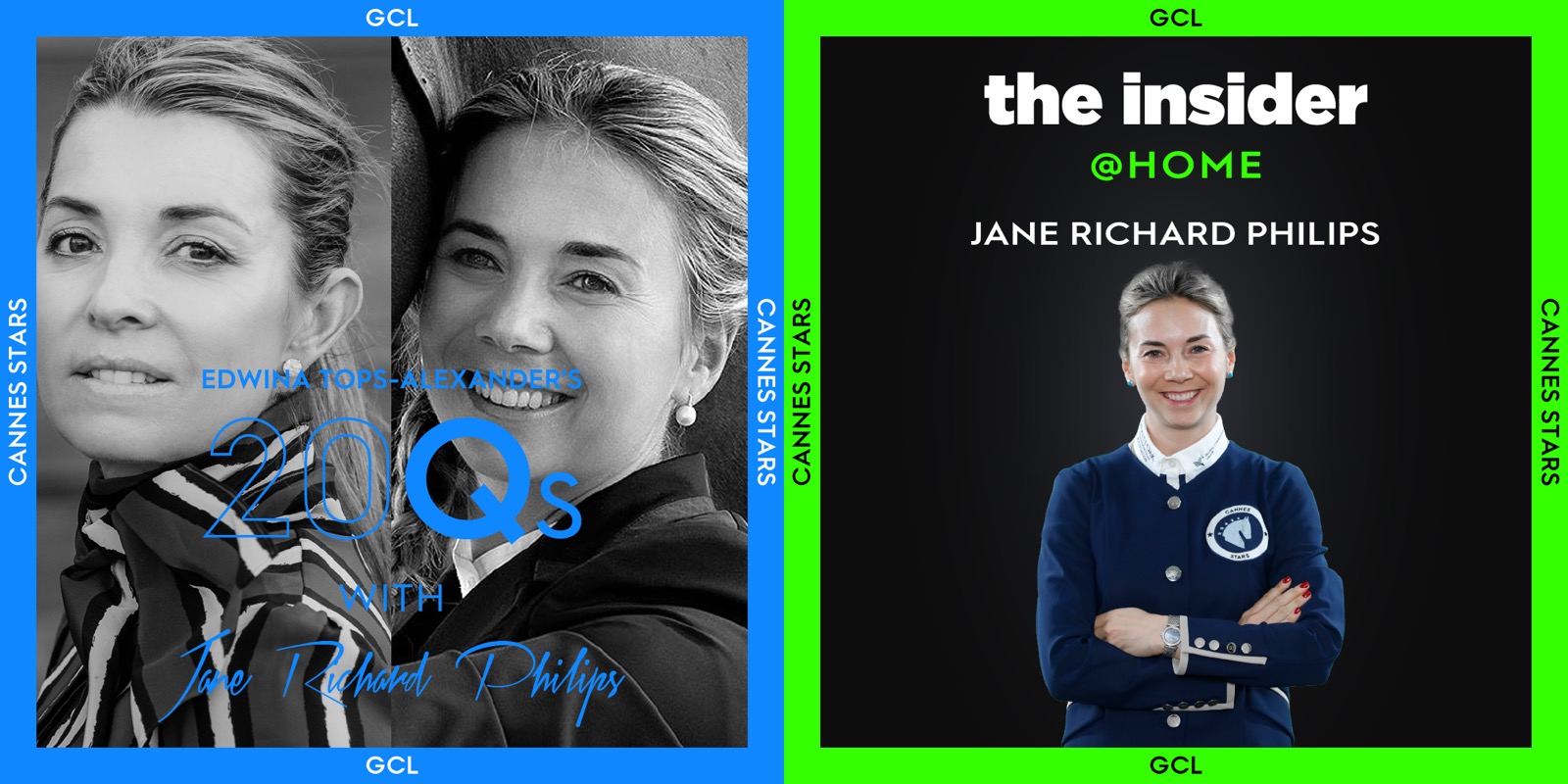 Jane Richard Philips opens her heart about her “amazing boy”, her fight to recover from injury, her fantasy dinner guests and the “unbelievable” events of the Longines Global Champions Tour in a series of shows on GCTV this week.

Jane, a Longines Ambassador of Elegance and competitor on the LGCT and GCL circuit, also reveals her hidden talents in music and other hobbies when she appears on Edwina Tops-Alexander’s 20QS available later today, and don't miss her interview on The Insider At Home with Frederik De Backer this Wednesday (see times below).

Speaking from her home base in Italy, Jane talks about the incredible inspiration she draws from her young son Noah and her family when she is competing. Blonde-haired Noah is a regular fixture on the kiss n’ cry platform by the arena when his Mum is competing and she said: “When I come off the course, I look at his face and when I think ‘oh what happened’, I look at him and my smile comes back again because he is such an amazing boy. He lives the sport with me, this life, these emotions, everything and he also actually gives me the power to go through this. Honestly it’s fantastic to have a boy like him.”

As well as show jumping at the top level Jane reveals her passion for music and that she plays the piano and flute, even making her own bamboo flutes and her other favourite sports and hobbies. She tells Edwina: “I love music, I love sport, I am skiing, snowboarding, and with my father we go a lot in the mountains to climb mountains and then ski down. I even play tennis in tournaments with my brother, who is a professional tennis player, and he played for two years with Andre Agassi in America.”

Asked by Edwina about her fantasy dinner guests she jokes: “I would choose Antonio Banderas, George Clooney and Brad Pitt - I joke, I am very happy when I am with my family!”

She suffered a serious injury last year and after surgery she had to fast-track to fitness to be ready to compete in the high stakes GCL Super Cup knock out stages riding for Cannes Stars, where the team reached the Final only to suffer the heartbreak of missing the podium. But Jane said of the GCL and the Playoffs event: “I think it’s a fantastic development because in life changes are good, they are important. In life you need to go forward, you need to reach another level. We saw in the last years what happened with the League, we saw last year in Prague this final, it is just unbelievable.”

Jane talks about Longines’ significant commitment to show jumping and equestrian sport and says: “I would like to take this moment to say thank you very much to Longines for whatever you do for our sport."  She also reveals her favourite Longines watch is the Grande Classique, which she wears “night and day, on the horse and off the horse”.

The Insider At Home with Jane Richard Philips will be available from Wednesday 3 June from 10:30 BST/11:30 CET, then on demand on GCTV.