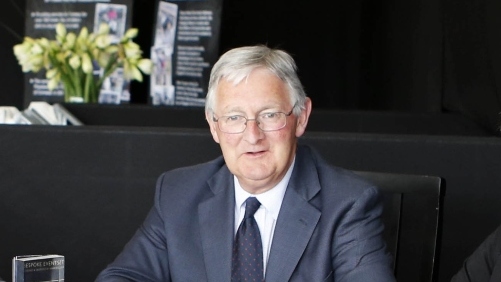 Jon was a well-known and popular figure in the international show jumping world and was awarded an MBE by the Her Majesty Queen Elizabeth II in recognition for his work with British Showjumping.

Jon was the only person to hold the unique ‘O’ (Olympic) status in show jumping as both a top-level course designer and judge and was honoured to have been appointed by the FEI as President of the Ground Jury for the recently-postponed Tokyo Olympic Games. Jon was a member of the Ground Jury at the Longines Global Champions Tour of Doha last month and officiated at many LGCT events over recent years working with his characteristic professionalism and dedication to his role. He was much-loved by those he worked with, who appreciated his sense of humour and passion for show jumping and the welfare of the horse.

Jon’s first encounter with show jumping was in his early teens when he started creating courses for his sister Jackie and, having trained as a carpenter, he went on to develop his skills and began travelling the world in his career as a course designer. Increasingly successful he was invited to the World Equestrian Games in The Netherlands in 1994 to build the courses and many Championships followed including the London 2012 Olympic Games.

Jon, who was President of the International Ground Jury for the past nine years, was committed to working as a mentor to help develop the careers of officials in the sport and will be sadly missed by all his colleagues and friends around the world.

Everyone at LGCT and GCL sends heartfelt sympathy to Jon’s wife Mary, sister Jackie and their family and friends during this difficult time.