The Insider At Home and Edwina Tops-Alexander's 20QS with Dani G. Waldman 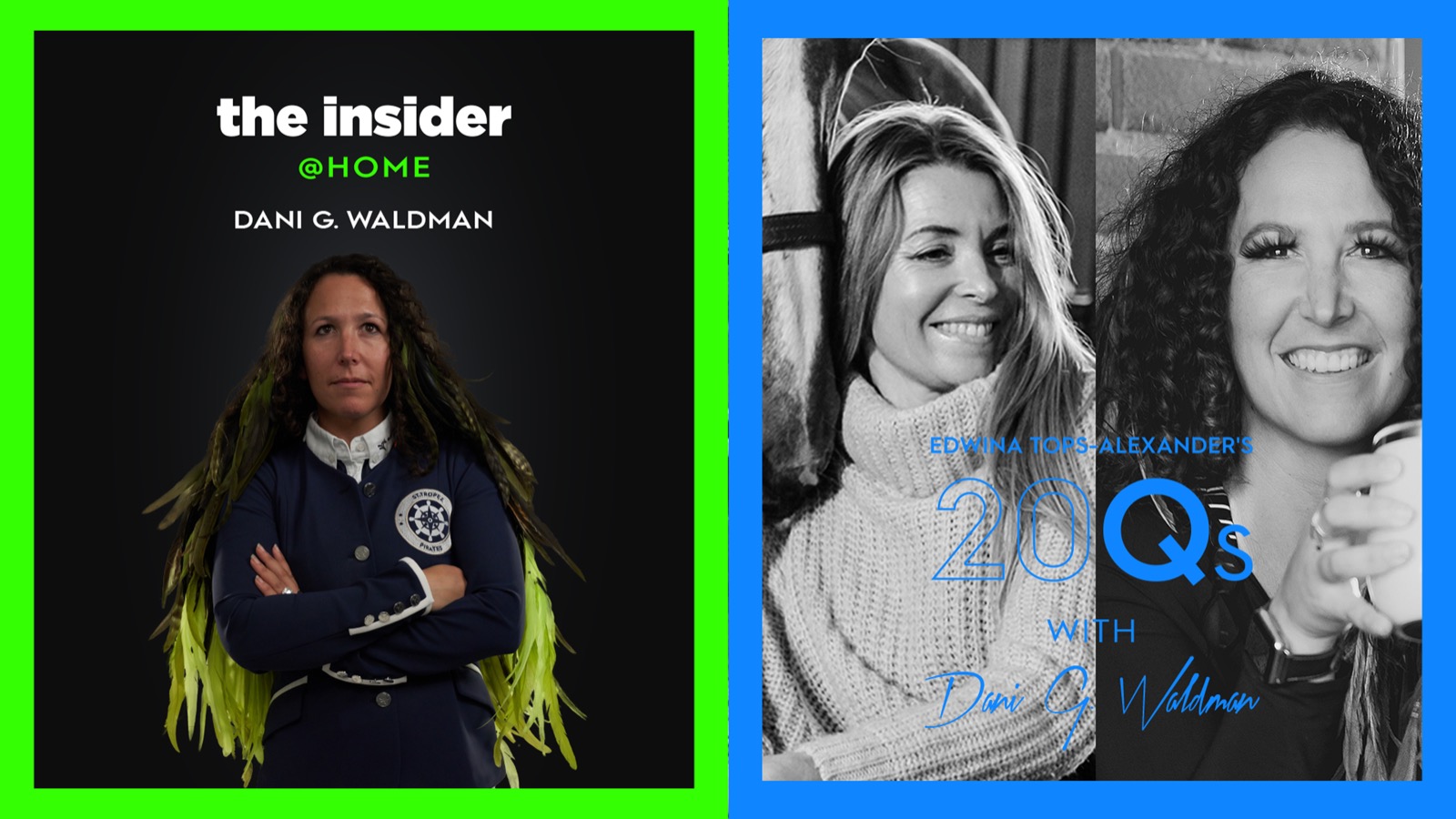 Dani G. Waldman is the star guest today (Wednesday) on The Insider At Home revealing her idols and inspirations, her belief in making show jumping more accessible and her passion for inspiring young riders.

In a candid interview on The Insider At Home, with presenter Frederik De Backer, Dani talks about her “glass half full” attitude to life but also says: “For me it’s so important, as positive as I am as a person, to express those bad days, because sometimes it makes me feel less alone. You need to know you’re not alone out there.”

And in our new series, Edwina Tops-Alexander's 20QS, St Tropez Pirates' team rider Dani talks about her top sporting moments, her amazing horse Lizziemary, her famous “power naps” at events, what has been keeping her busy at home - and that she holds a pilot’s licence.

Dani, who is known as a pioneering spirit in show jumping, strongly believes in the modernisation of the sport to build a strong future and attract new fans. Speaking about the LGCT circuit and the GCL team series, she says: “I think the League and what Jan Tops built from the beginning, it was the idea of making it a more global sport and the League competitions are now putting riders that would never have been on a team together, [on a team] together. You get this new camaraderie, and this new event and it really changes the whole game. The prize money is huge and the incentives are amazing. The GCL and whole tour itself push the sport forward and we need that.”

She also talks about her sporting inspiration and motivation to succeed at the pinnacle of international sport: “My father is a huge idol of mine. He knows what it takes to get to the top of any sport. He inspired me to follow my own path and from a sport perspective he was the one that made me believe I could get to the top.”

Dani also looks back on time she spent with young fans and equestrians following her stunning win in the LGCT Grand Prix of Shanghai, as she shared some inspirational thoughts with them, saying “if kids can develop what they’re passionate about, they can find success in whatever they want to do and for me it’s much more important to impart that sort of understanding and mentality to kids than about my wins!”

On In The Saddle, available on demand now, Dani talks about the ‘incredible’ Lizziemary and relives her winning performance in the LGCT Grand Prix of Shanghai 2019.

Dani also brings a different twist to this week’s Tips & Tricks, giving some useful exercises for fitness at home.

Don’t miss this week’s exclusive series of shows, available on demand on GCTV and our social channels, and get to know this inspiring rider.