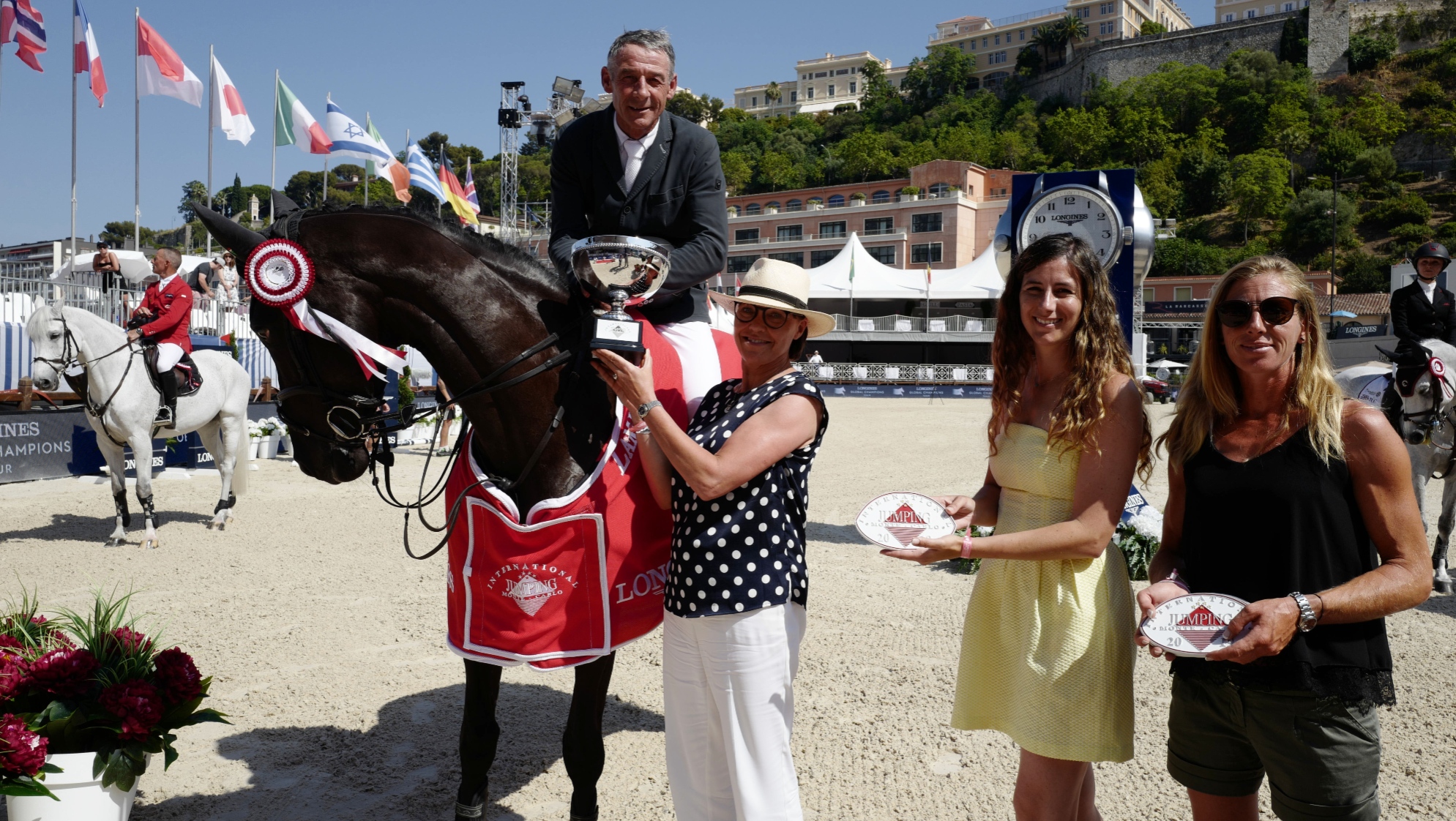 The penultimate day of the Longines Global Champions Tour of Monaco saw a sizzler of a speed class down next to the Mediterranean sea. It was a Swiss one-two in the first CSI5* class of the day - Paul Estermann (SUI) and Anaba Haize took first prize closely followed by last year’s winner of this class Pius Schwizer (SUI) with Chaquilot. Maikel van der Vleuten (NED) and Canisha finished in third place by just over a second.

Speaking after his win, Paul Estermann (SUI) said: “I knew I had to go from the beginning, my horse was just super, super fast and she performed great."

Frank Rothenberger (GER) built a fast and short 1.45m speed class. The fences came tight off the corners and there were multiple options for the combinations to take. The Air France oxer on the far side of the arena caused the most problems while the tall Tennor upright seemed to jump well. 50% of the field produced a clear round showing the high level of talent jumping at Monaco.

First to go Nayel Nassar (EGY) showed the rest of the field exactly how to do it. He took all the inside turns on Oaks Redwood and missed out strides where possible. He set the time and put pressure on for anyone wanting to overtake. Last night’s speed class winner Julien Epaillard (FRA) attempted to make it a second win of the weekend. Quincy Lady was 2 seconds faster than Nassar but got too flat coming out of the combination and paid the price as an early fence fell.

Marlon Modolo Zanontelli (BRA) was set to take over the lead until the last fence came tumbling down and his chance of winning this speed class today was cut short. The first person to beat Nassar was American rider Georgina Bloomberg (USA) who has been in great form this week already. The pair crossed the finish line just one-tenth of a second faster and cruised into the lead early on.

It was then Switzerland who stormed into the top spot as Paul Estermann (SUI) and Anaba Haize made the course look easy to shave a second and a half off the leading time. Young gun Harry Charles (GBR) had a very unexpected stop at the Tennor upright, he got a little long and Cabanas was concentrating on fence four instead of six causing them not to place today. Christian Kukuk (GER) also found himself in the same situation with his beautiful dapple grey Botaro.

The competitive combination of Maikel van der Vleuten (NED) and Canisha proved they will be one to watch for the rest of season as they flew into third place with a time of 47.86 seconds. There was disappointment for former speed class winners Bassem Hassan Mohammed (QAT) and Argelith Squid as they took a tumble at the Air France oxer, however both horse and rider walked out of the arena unharmed.

Last year’s LGCT Monaco speed class winner Pius Schwizer (SUI) set off at a gallop from before the starting timers. Chaquilot listened to everything Pius asked from him and performed it perfectly. The combination couldn’t quite match the pace and finished second.

Yuri Masur (BRA) had a different game plan, he schooled Catenda round the arena and finished over 10 seconds slower than the leading time. Last to go Cindy Van Der Straten (BEL) also went for a slow and steady clear round with Catalina to finish just outside of the top ten.