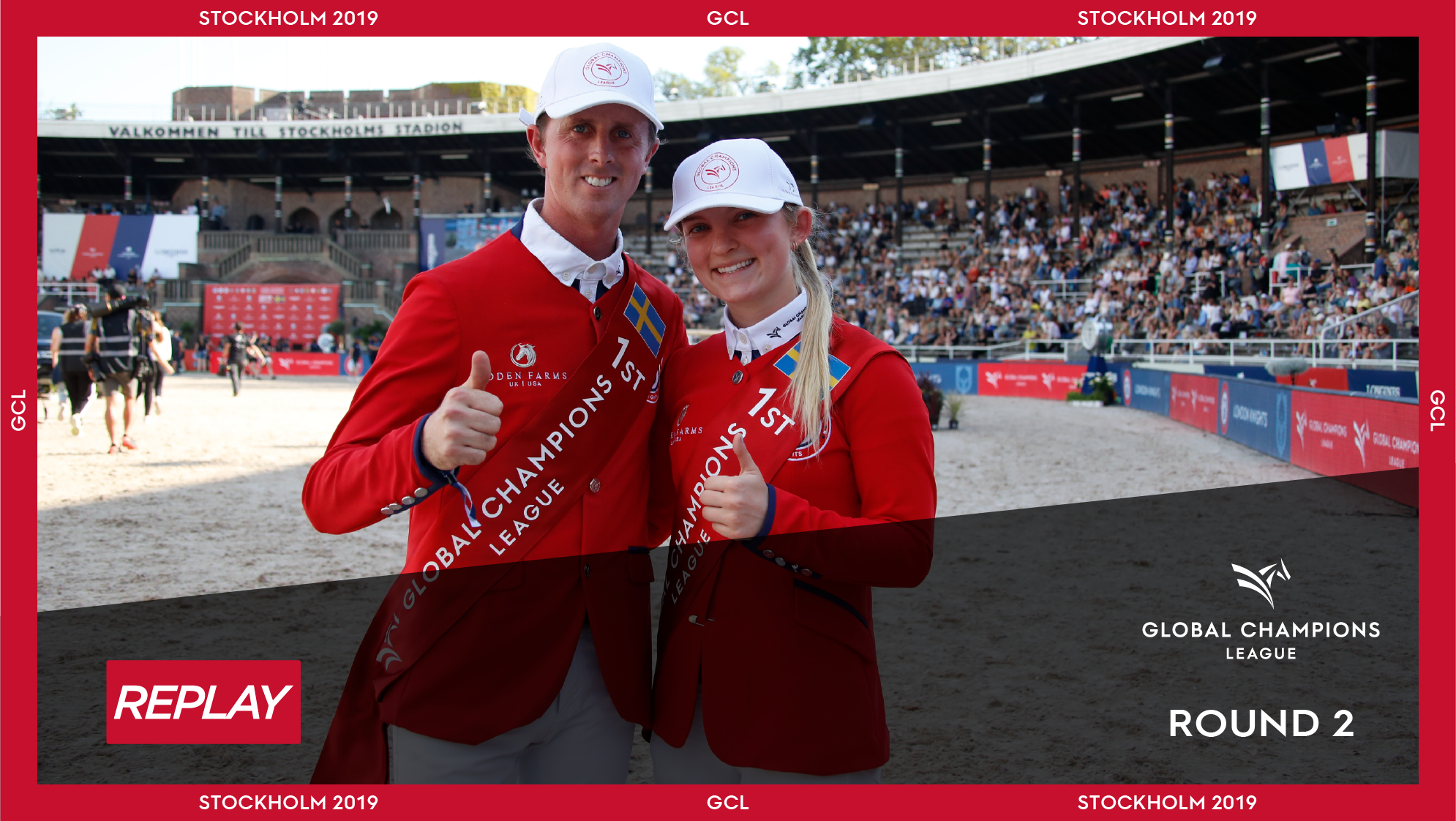 Our Stay At Home Special continues with a trip to the inaugural GCL of Stockholm in 2019, to a spectacular competition played out in the Swedish capital's historic Olympic Stadium. Plus, for the first time, we give you the chance to watch our replays on demand, for 24 hours. Each replay will be available to watch from 14:00 BST/15:00 CET/09:00 EST, at any time for 24 hours - simply head to our homepage to watch.

In a sell-out Saturday, spectators were packed to the rafters creating an electric atmosphere as the day's drama unfolded and following intense pressure, and some surprise results, it was the London Knights duo of U25 rider Emily Moffitt and Ben Maher who defeated pole sitters New York Empire in a dramatic battle at the debut GCL of Stockholm.

Despite a strong performance in the first round, leaving them in pole position going into round 2, Daniel Bluman and Scott Brash couldn't keep hold of the lead for New York Empire, dropping out of the podium placings as another shock result played out under enormous pressure. Meanwhile the Knights put in a flawless performance, and took their second win of the season, while also climbing the overall rankings. Second would go to the Berlin Eagles dynamic duo of Malin Baryard-Johnsson and Ludger Beerbaum, with Mark McAuley and Eduardo Alvarez Aznar taking the third spot on the podium for Madrid in Motion.

After London Knights picking up a single time fault from the first round, Ben Maher spoke of the importance of having a clear plan for the weekend: “The first day is very important, and I knew the time fault could determine our fate. But after seeing the course I thought a double clear [today] could keep us in the running. It’s a difficult ring to ride in, and a new venue but it’s now definitely one of my favourites so far."

Emily spoke of the incredible atmosphere in the arena: “I was saying before I got on my horse just how amazing the crowd is - it makes it more fun when you go clear!”

Take a look back at every minute of this incredible competition in our full GCTV Replay this weekend on Sunday 24 May from 14:00 BST/15:00 CET/09:00 EST, available to watch on demand for 24 hours.