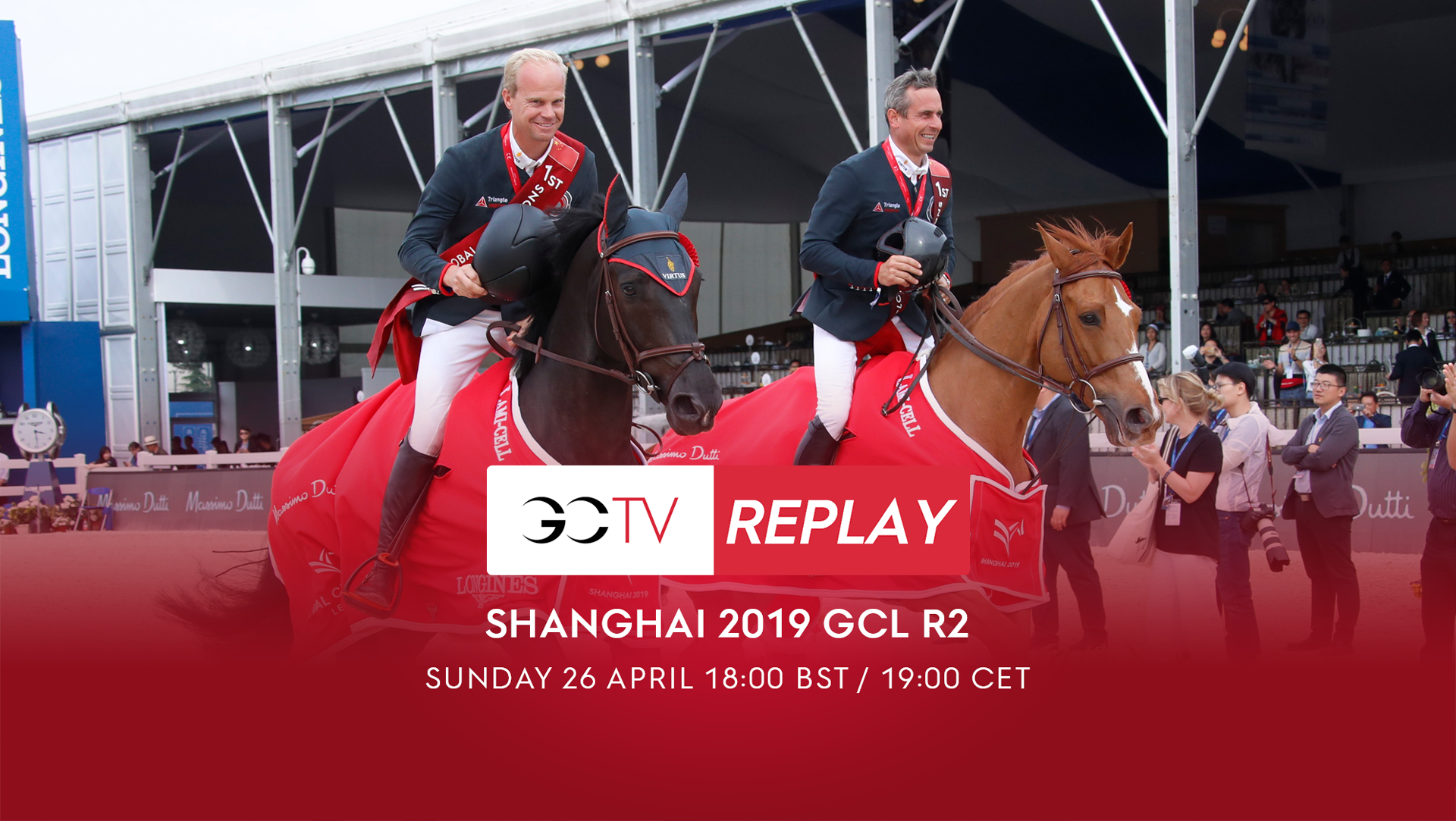 Our Stay At Home Special series takes us to another leg of the GCL team competition this week, to China and the buzzing city of Shanghai. The growth of show jumping in the country has been clear, and both international and Chinese fans relished the unique atmosphere of the event, packing out the stands and VIP areas to watch world-class sport unfold.

It was a cliffhanger competition in this fourth leg of the 2019 series, with several teams pulling out all the stops in the race to the top spots on the leaderboard. Performing under pressure, and employing key team tactics, Monaco Aces switched their squad line up to field Jérôme Guéry and Julien Epaillard going into the second round. This change proved to seal the team's success, as the on-form pair secured their first GCL victory.

The team were over the moon with their result, and Julien said: “It was super today. It was a lot of pressure which is very bad for the heart!

Jerome also admitted the pressure was intense on the whole team, including Marlon Monolo Zanotelli on Day One, and said: “We had to fight today. Julien was amazing and I fought for the victory.”

You can re-live every minute of the dramatic action from this team competition this weekend in our GCTV Replay of GCL R2 Shanghai 2019 - tune in on Sunday 26 April from 18:00 BST/19:00 CET to watch it all!