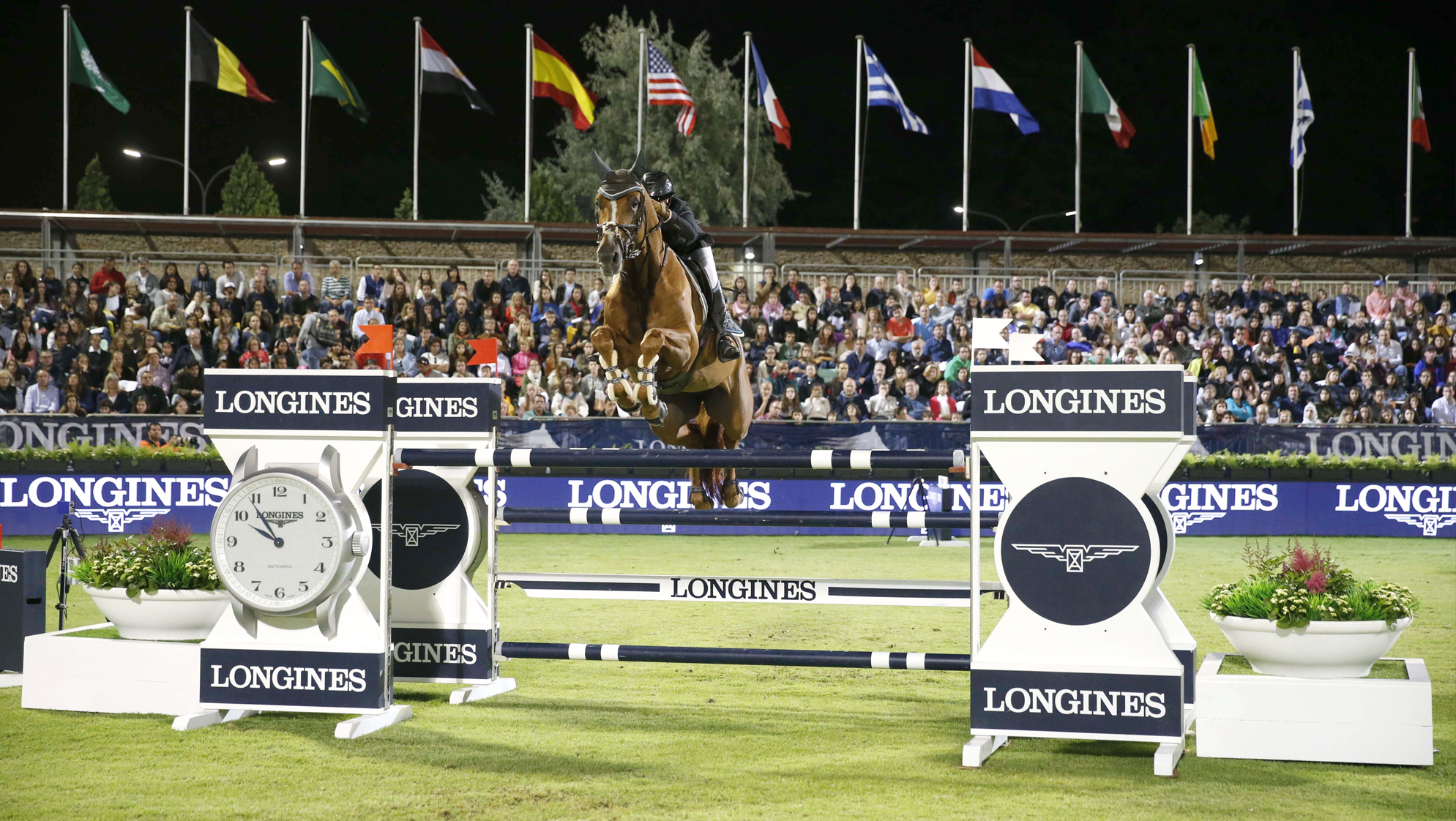 As the 2018 Longines Global Champions Tour season gallops south across Europe, fierce rivalry and top sport will be at the forefront of everyone’s mind as the best show jumpers in the world head to Cascais, Estoril, for the Portuguese leg of the global circuit.

Current LGCT Ranking leader Edwina Tops-Alexander (AUS) will lead the pack in Portugal, where she enjoys a 29 point lead over closest rival Ben Maher (GBR). As the 2018 Championship race gallops towards its midway point, Tops-Alexander will be hoping to boost some of her scores, with only the top eight results counting towards the season Championship bid. The Australian rider has consistently been in the points, however is looking for a strong podium position to bolster her lead and keep the dream of a historic third Championship title alive.

Hot on her heels and looking to regain control of the rankings is Scott Brash (GBR), the two-time LGCT Champion aiming to bridge the gap to Tops-Alexander and leapfrog 2nd place rider Maher who will not compete in Cascais.

However there will be a whole host of riders in action this week, vying for valuable points towards their Championship campaign. As with every event on Tour, the battle for the prestigious Grand Prix win - which now carries the additional accolade of earning the winner a place in the prestigious GC Play Offs and Longines Global Champions Tour Super Grand Prix - will be one of the toughest challenges in the sport, as the planet’s top athletes come together for the 8th stop on the world’s premier show jumping series. Last year’s winner Danielle Goldstein (ISR) returns, with her sights set on the podium at a venue she knows and loves. Also in action will be Bertram Allen (IRL) and Martin Fuchs (SUI), both of whom have enjoyed success at the picturesque show ground and will be hungry to earn a place on the top step this Saturday.

One of the most popular events on the Tour amongst riders and fans, the lively coastal town of Cascais near Estoril, Portugal, plays host to the LGCT for the 13th year running, from the 14th - 16th June 2018. Cascais has grown into a renowned international destination for world-class sport, hosting the America’s Cup sailing, golf, tennis, surfing and motorsports. With it's warm climate, visitors flock to the coast to soak up the sun and enjoy the great landscape and attractions, including the beautiful sandy bay of Praia de Tamariz.

Cascais became the summer destination of choice for Portuguese nobility in the 1900s - it has since become a lively international beach resort. Down the road, Estoril’s famous casino is thought to be where Ian Fleming came up with the idea for Casino Royale and there are palaces, museums and national parks to visit and the capital city, Lisbon, is only a short distance away with its top-class hotels, restaurants and bars. The LGCT Cascais, Estoril, is sure to be an exciting event, as riders fight for supremacy in the overall 2018 Championship Ranking.

For a full rider list, please click here. All the CSI5* action will be streamed live via our website on GC TV, as well as select classes show on the official LGCT and GCL Facebook pages.