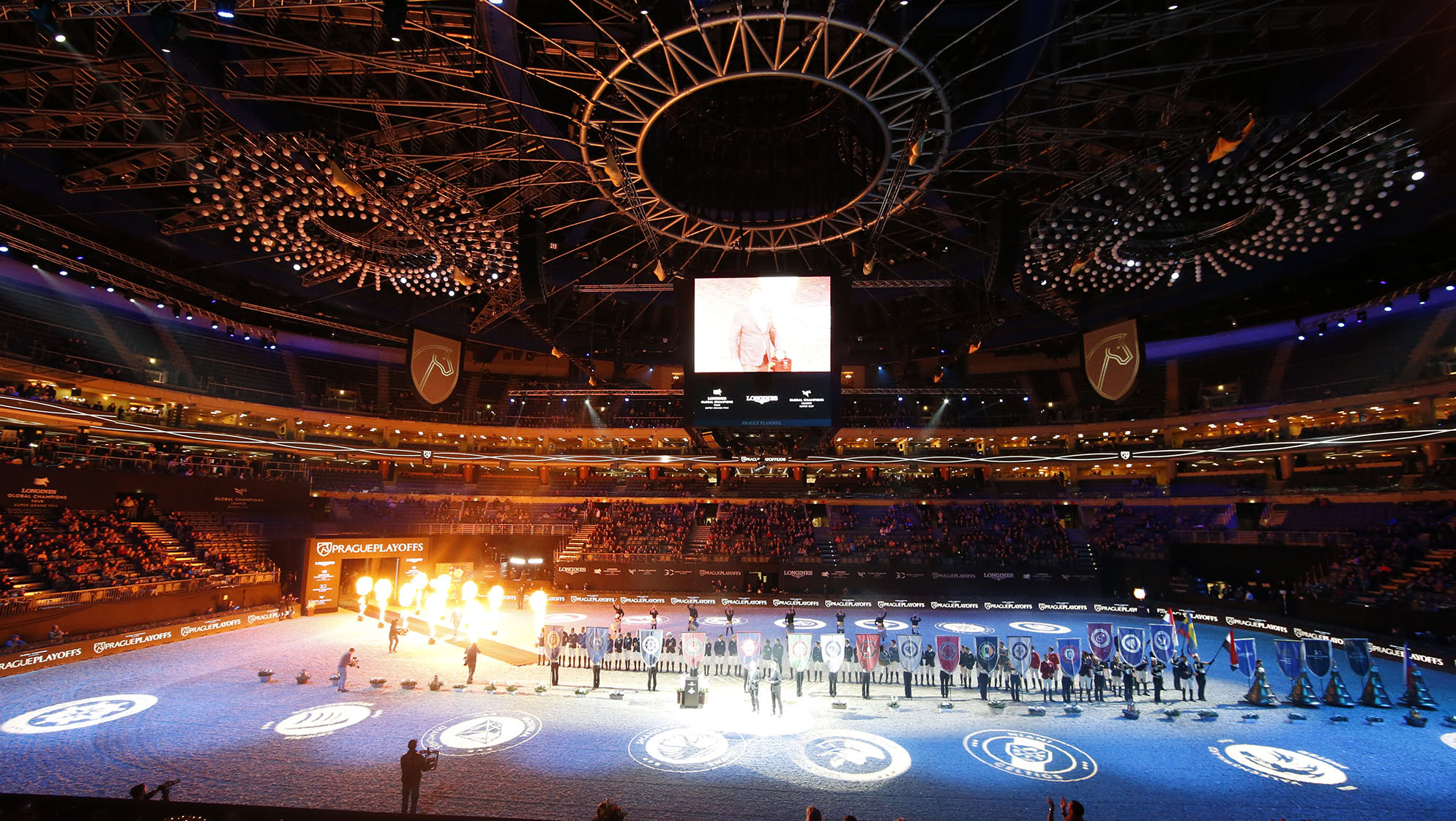 It was the night show business met show jumping as the 2018 GC Prague Playoffs were declared officially open with a stunning ceremony.

The O2 Arena burst into an extravaganza of special effects as the Walk of Champions presentation got underway. Suddenly six-foot flames shot out of the arena floor as the stars of show jumping stars paraded in front of cheering spectators with coverage beamed around the world.

The elite riders who have qualified for the Longines Global Champions Tour Super Grand Prix and the GCL Super Cup entered the arena to a fantastic sound and light show setting the scene for a spectacular four days of top sport and entertainment.

To the powerful music and lyrics from the best-selling rock anthem Legendary, riders waved to delighted fans as GCL team logos were beamed on to the sand surface of the arena and screens were lit up with colour. There was a huge cheer for the home city team Prague Lions followed by the Czech Republic National Anthem.

Once again the colonnade of flames shot up to dramatic effect as the spotlight highlighted the line up of champions who are all hoping to become legendary. The unique new concept of the GC Prague Playoffs, an innovative format for the first time in show jumping history, had kicked off in dazzling style.

LGCT President and GCL Co-Founder Jan Tops and Jan Andrlik, GC Prague Playoffs Event Director, joined the presentation. Speaking on behalf of Czech Equestrian Team Mr Andrlik welcomed fans and the world’s best horses and riders to Prague and said: “I would like welcome everyone and to thank Jan Tops for his trust and the team who made this event happen n the arena in only 48 hours, a brilliant job! I wish you a wonderful time and you will see great sportsmanship and the artistic programme here at the O2 Arena.”

After a hi-energy launch, watched by guests from around the world, the course was set for the first major competition of the event, the GCL Super Cup Quarter Final.