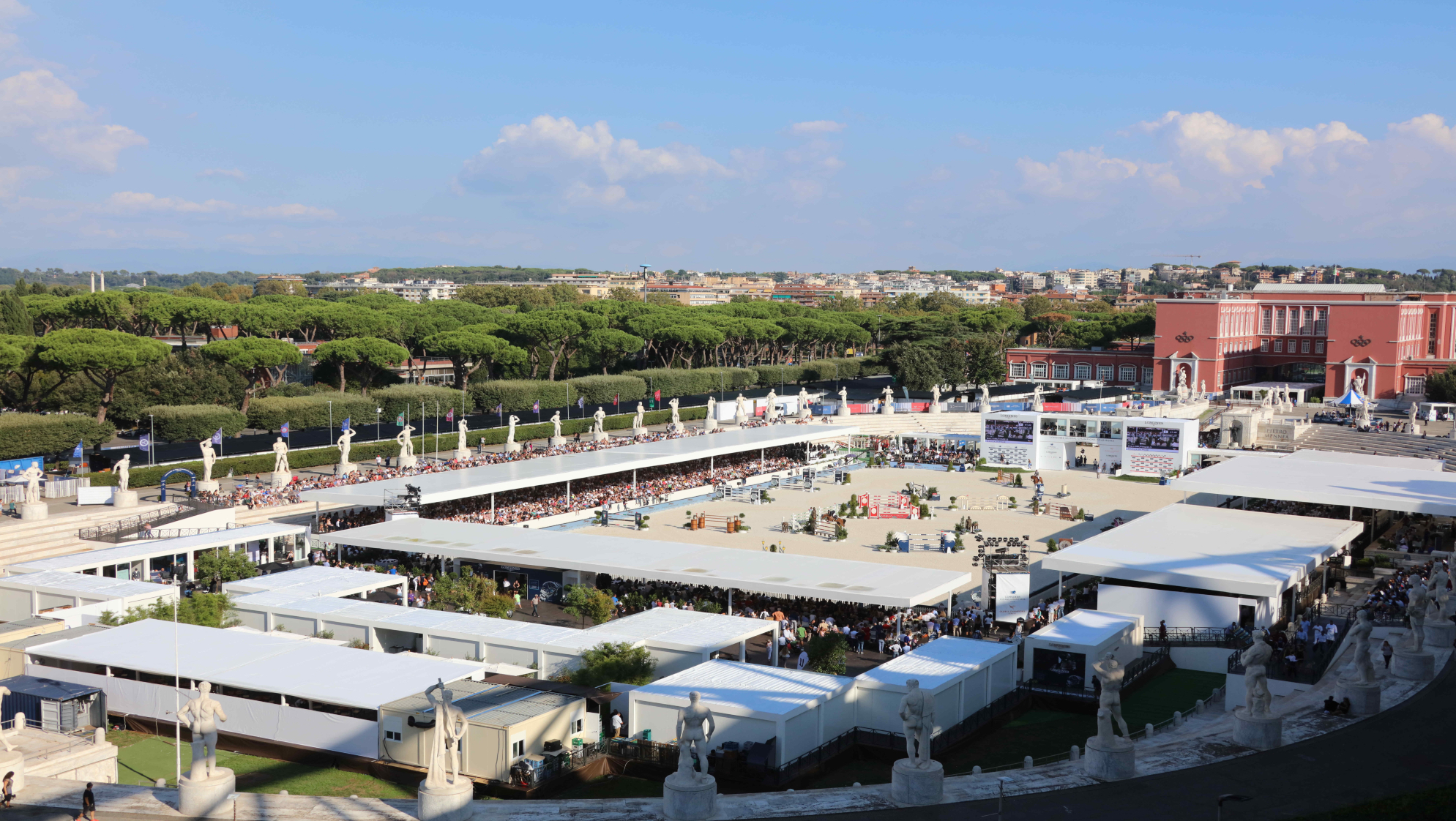 With just three events remaining in the 2019 Longines Global Champions Tour season, the gladiatorial greats of show jumping will lock horns for supremacy at the breathtaking LGCT Rome this weekend.

Long-time LGCT Ranking leader Pieter Devos (BEL) will head to Rome with his current points haul of 266 overall. With just three chances to add to his tally, every point will count in his quest to secure the 2019 title and achieve his dream of being crowned season Champion. However reigning Champion Ben Maher (GBR) will also be in action in Rome, the British Olympic rider hot on Devos’ heels with 252 points, and the added boost of having won this event last year. The Eternal City will provide the backdrop for a knife-edge showdown, as the two go head to head.

Another danger to add to the fray will be Daniel Deusser (GER), the German rider within touching distance of the lead with his tally of 232 points. Close behind him is compatriot Marcus Ehning (GER) with 215 points, the experienced maestro also a rider who knows what it takes to be on the podium in Rome.

The magical city of Rome will host the elite of the world of show jumping in Italy for the Longines Global Champions Tour championship battle this September. Beautiful, inspirational Rome has been attracting visitors for over two millennia and continues to be one of the most exhilarating destinations in the world, with the unique Stadio dei Marmi an exceptional setting for top show jumping.

One of the oldest continuously occupied cities in Europe, Rome’s historic heart contains iconic monuments and artistic masterpieces from the magnificent Colosseum and the Pantheon to the Sistine Chapel and the ruins of the Roman Forum. Visitors can take in Renaissance palazzos and Baroque fountains or simply stroll through beautiful piazzas and soak up the vibrancy of the city of La Dolce Vita. LGCT  Rome is staged at the impressive Stadio dei Marmi for the fifth year running, a unique location which is ringed by 59 classical marble statues depicting different sports.

Free to attend for the public, the event will provide world class show jumping and something for all the family, with plenty of entertainment with displays from Carosello Carabinieri a cavallo, Carosello Lancieri di Montebello, I cavalli di Roma - Il Carnevale Romano and a show in support of the Villa Buon Respiro charity​.

The stadium is one of the arenas in the Foro Italico sports area, home to the Italian Olympic Committee and just meters from the majestic Olympic Stadium. Every year spectators fill every space available to catch a glimpse of the world's show jumping heroes in action. Italian riders will be competing in front of a passionate local and international crowd as the battle for the series championship reaches a crucial stage.