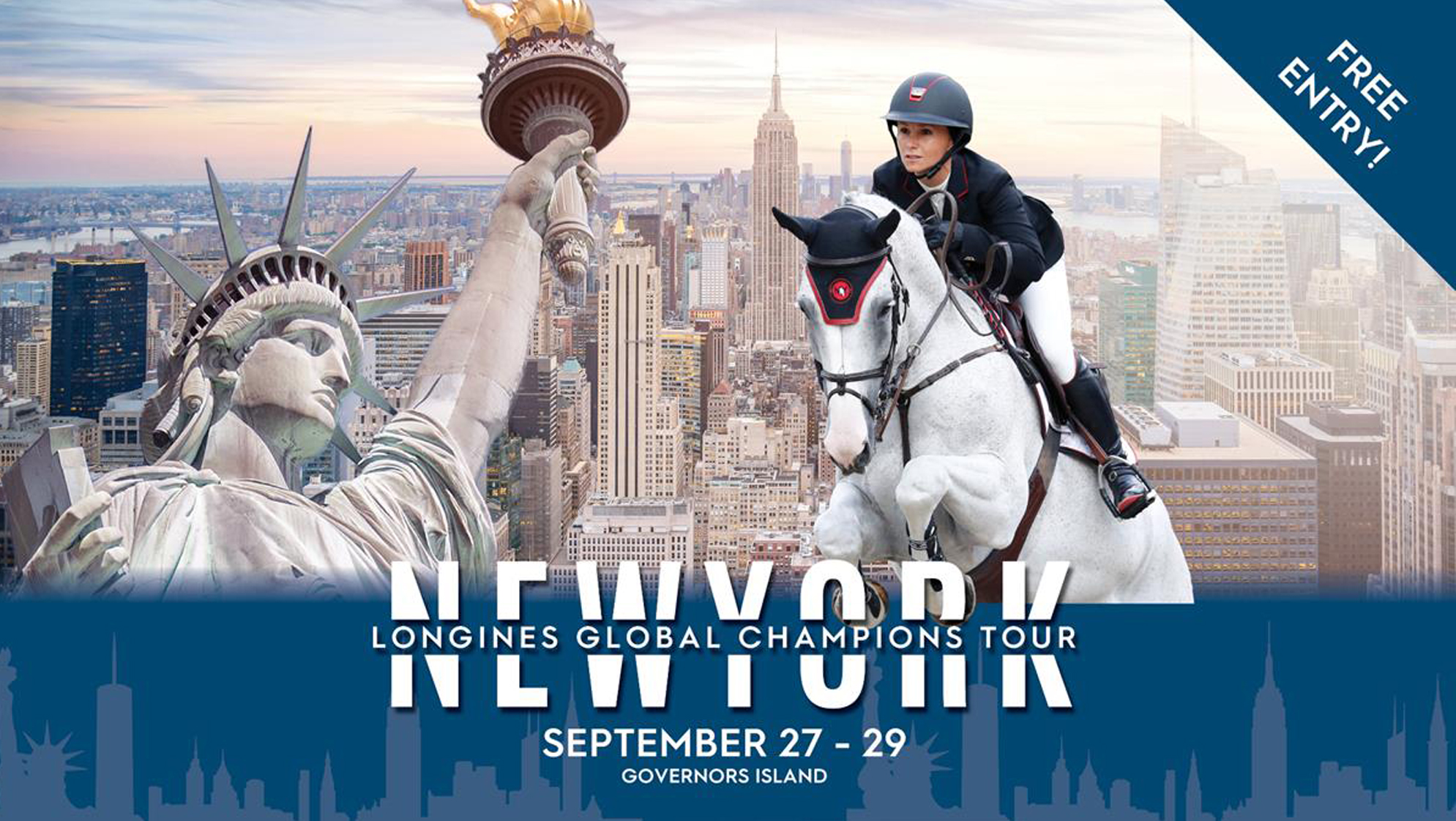 An A-List of the world’s show jumping stars is heading for the LGCT Finals in New York from 27 - 29 September next week.

With anticipation mounting we can reveal among the US riders competing at the spectacular venue of Governors Island will be McLain Ward, Kent Farrington, Georgina Bloomberg, Margie Goldstein-Engle, Jessica Springsteen and Jennifer Gates.

Georgina Bloomberg, who was born and raised in New York and is the owner of the home city GCL team New York Empire, said: "This is the first time in years that we will have the best showjumping riders in the world [in New York] - not just in the country, in the world - come and jump in the highest level of competition."

“This is really the best of the best in the world and I think that anybody who comes will really see the excitement of the sport. I think that it’s going to be the one that all the top riders really want to aim for.”

Another top American rider who will compete next weekend is Margie Goldstein-Engle: “It’s very exciting for us, being from America, to have another Global Tour show there. We love the one in Miami, and that’ll make it twice as nice to have a second one there.”

Every afternoon from Friday 27 to Sunday 29 September, the top athletes in show jumping will face off in the purpose-built sand arena and there is FREE ADMISSION for spectators who will be able to watch the competitions.

US rider Jessica Springsteen, who won last weekend’s LGCT Grand Prix, spoke of the excitement surrounding the event in New York, near where she grew up with her dad Bruce and mum Patti in New Jersey, she said: "It's my home town, my whole family are coming. I think it is going to be unbelievable - I’m so looking forward to it!”

The popular New York retreat of Governors Island has an average of 24,000 visitors during September weekends and spectators will be able to access the public grandstand to get up close to the high calibre sporting action on a first come, first served, basis. And in the lively Exhibitors Village next to the main arena visitors will also be able to enjoy great views of the competitions or watch on the big screen while soaking up the atmosphere.

The show ground is only around 800 yards from the tip of Lower Manhattan with an eight minute ferry ride across the harbour with boats leaving from either Battery Maritime Building in Lower Manhattan to Soissons Landing. Ferries will also bring visitors to Governors Island from Brooklyn’s Pier 6 on Saturdays and Sundays. The ferry over to the Island is $3 and return ferries are not ticketed back to the city. During the three day event visitors can simply walk in and enjoy what will be world class equestrian sporting action every afternoon. Ferries are free for children under 12 years of age and senior citizens, as well as IDNYC holders and current and former military service members.

The competition schedule for LGCT New York can be found at this link.