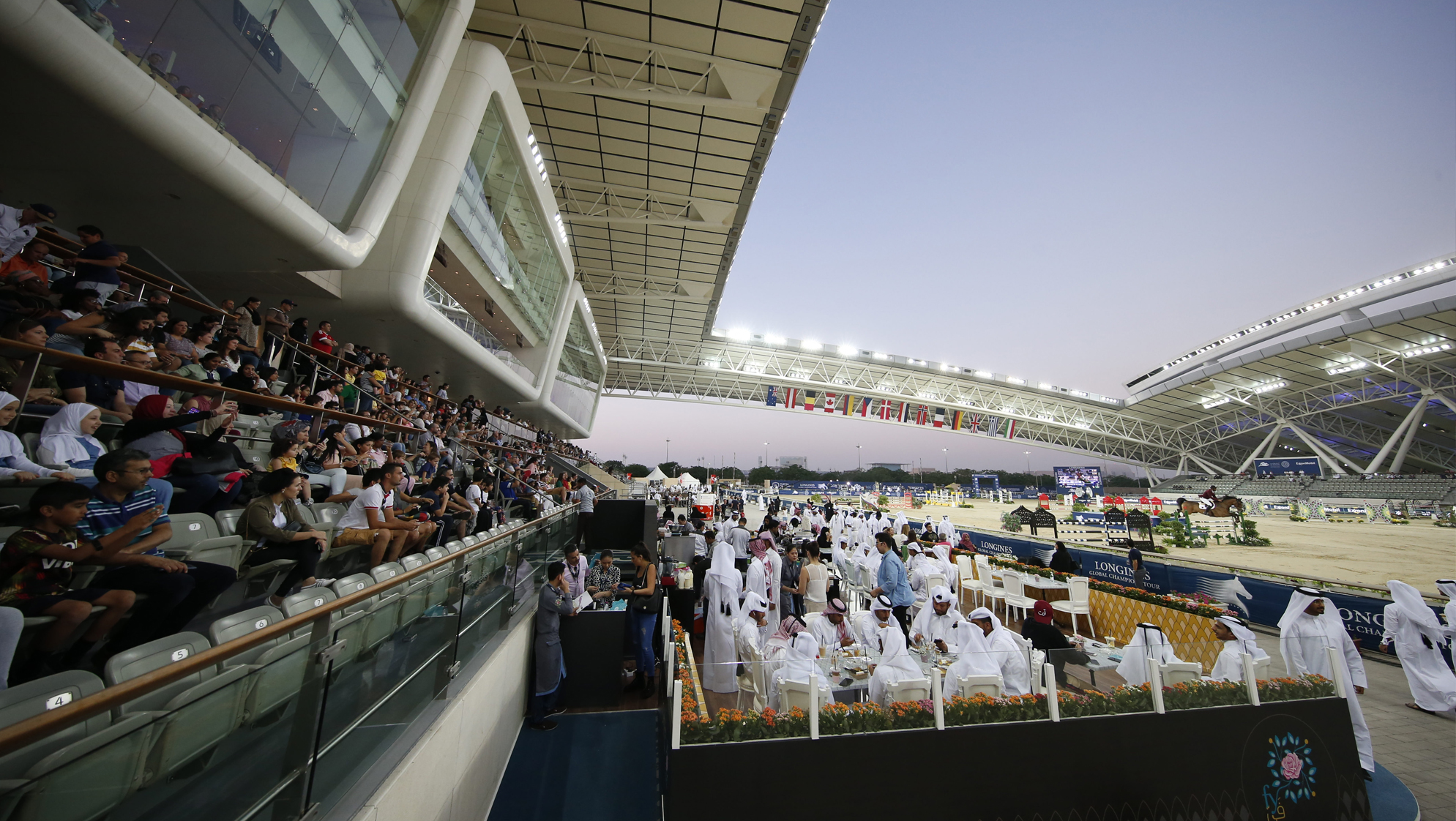 Qatar will host the thrilling finals of the 2018 LGCT show jumping series and tickets for this prestigious event at AL SHAQAB are on sale now.

From the 8th - 10th November the spectacular venue in Doha will see the best athletes in the world pull out all the stops to win their place in the prestigious LGCT individual Rankings and teams battle for the GCL title in a knife-edge climax to 2018.

The electrifying finale to the season is hosted at AL SHAQAB, a world-class equestrian facility and part of the Qatar Foundation. The circuit has consistently seen the highest calibre show jumping in spectacular destinations including Mexico City, Miami Beach, Paris, London, Berlin and Shanghai, and the event will see the biggest stars in the sport ensure thrilling competition for spectators to witness in Doha.

Families and friends flocked to the venue last year filling the main grandstand and enjoying fun activities including pony riders for children at the impressive Kids Academy as well as watching top sport from the chic cafes with dramatic views of the main arena.

AL SHAQAB was established as part of HH The Father Emir Sheikh Hamad Bin Khalifa Al Thani's vision and passion to preserve and perpetuate the Arabian horse in Qatar. It has since developed into a major international equestrian facility encompassing multiple equine disciplines.

In collaboration with the Tour since 2008, Qatar has continued to build on its reputation as a global sports destination and a hub for major international sporting occasions.

The impressive, cutting edge venue of AL SHAQAB will be a fitting stage for the final adrenaline-fuelled individual and team series battles of 2018.