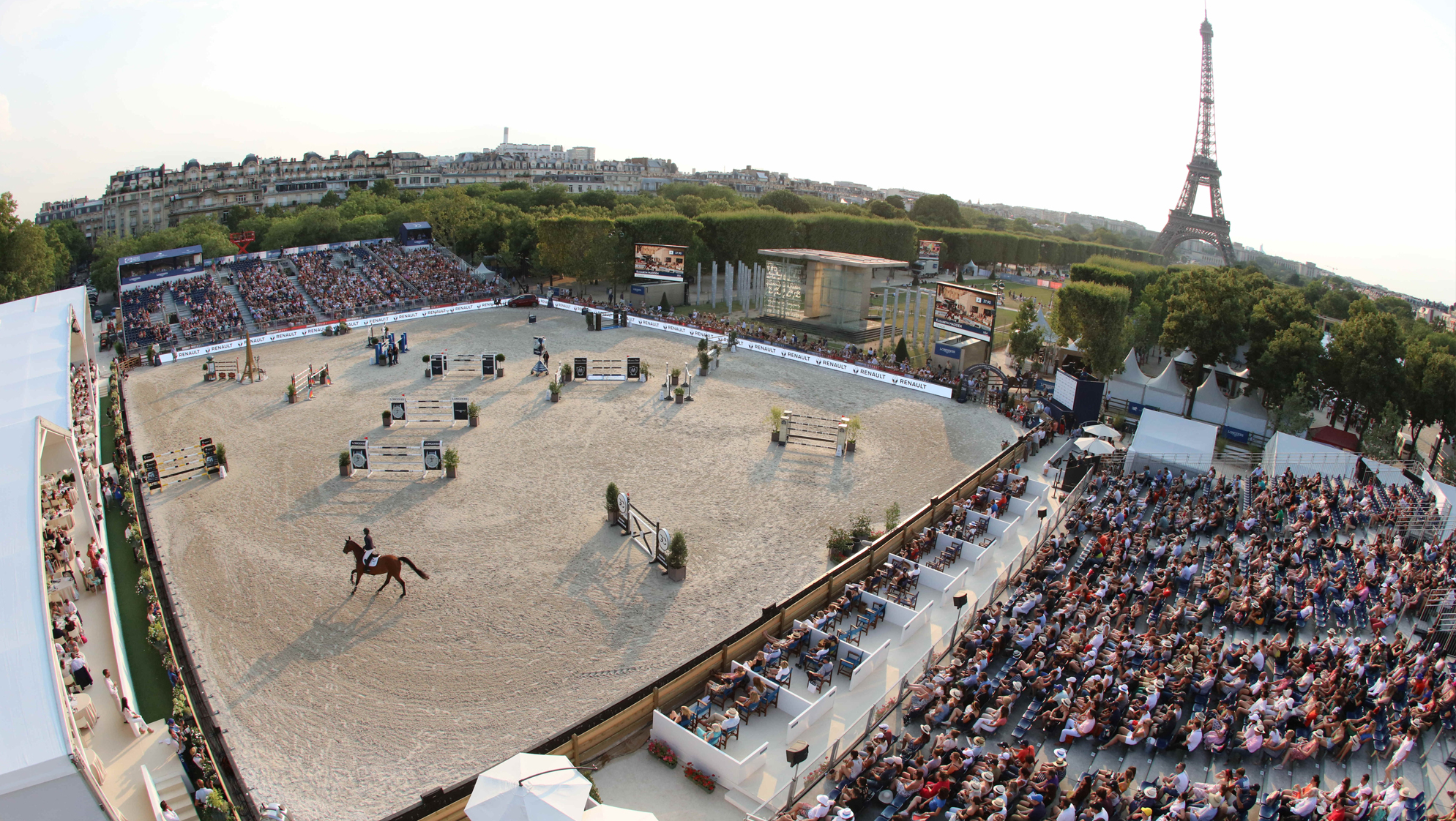 Nine out of the top ten in the Longines Global Champions Tour ranking will contest for glory under the shadow of the Eiffel Tower as the Championship race gallops to the 11th spectacular destination on the circuit in Paris, France.

With the 2019 season in full throttle, there is set to be a real shake up at the sharp end of the grid, as the world’s best riders descend to the heart of France for the Longines Global Champions Tour - Longines Paris Eiffel Jumping.

Currently leading the charge is Pieter Devos (BEL) who sits in the Number 1 spot with 206 points - just seven points away from his nearest rival and reigning title holder Ben Maher (GBR), who has a tally of 199 overall. The in-form Daniel Deusser (GER) will be back with a vengeance for the 11th round of action on the circuit, currently sitting in third with 190 points.

Following his spectacular win just a few days ago at LGCT Monaco, Maikel van der Vleuten (NED) has now leapt up to fourth in the rankings where he holds a total of 168 points. Hot on his heels however are Niels Bruynseels (BEL) - who has 166 points - and Peder Fredricson (SWE) on a score of 160 - both riders already with an LGCT Grand Prix win under their belts and hungry for another. Julien Epaillard (FRA), two-time LGCT Grand Prix winner Martin Fuchs (SUI) and Bart Bles (NED) will also be in action for the iconic event, completing the nine out of ten line-up.

Paris, the 'City of Lights', will host the Longines Global Champions Tour - Longines Paris Eiffel Jumping, marking the move into the second half of the 2019 season and battle for the Championship race. The eleventh event on the Tour will be a unique sporting, social and cultural spectacular, set once again against the backdrop of one of the world's most iconic landmarks, the Eiffel Tower.

One of the most visited cities in the world, Paris is brimming with famous attractions and landmarks. Whatever takes your fancy - the River Seine, the Arc de Triomphe, the Louvre or the Moulin Rouge - there is so much to see and do. The grandeur and magic of this city have been described by many famous writers and Paris boasts a high concentration of national and international political, scientific and cultural institutions. A legendary centre of fashion and haute couture tailoring, Paris Fashion Week is still the most celebrated event in the fashion world.

Spectators can enjoy world-class show jumping in the heart of the ‘International City of Style’, against one of the most recognisable landmarks in the world. French “art de vivre” will as well be celebrated through gastronomy in the reception areas with restaurants. Tens of thousands of visitors are expected at what's become a meeting place for horse lovers around the world  incelebration of all things Equus.