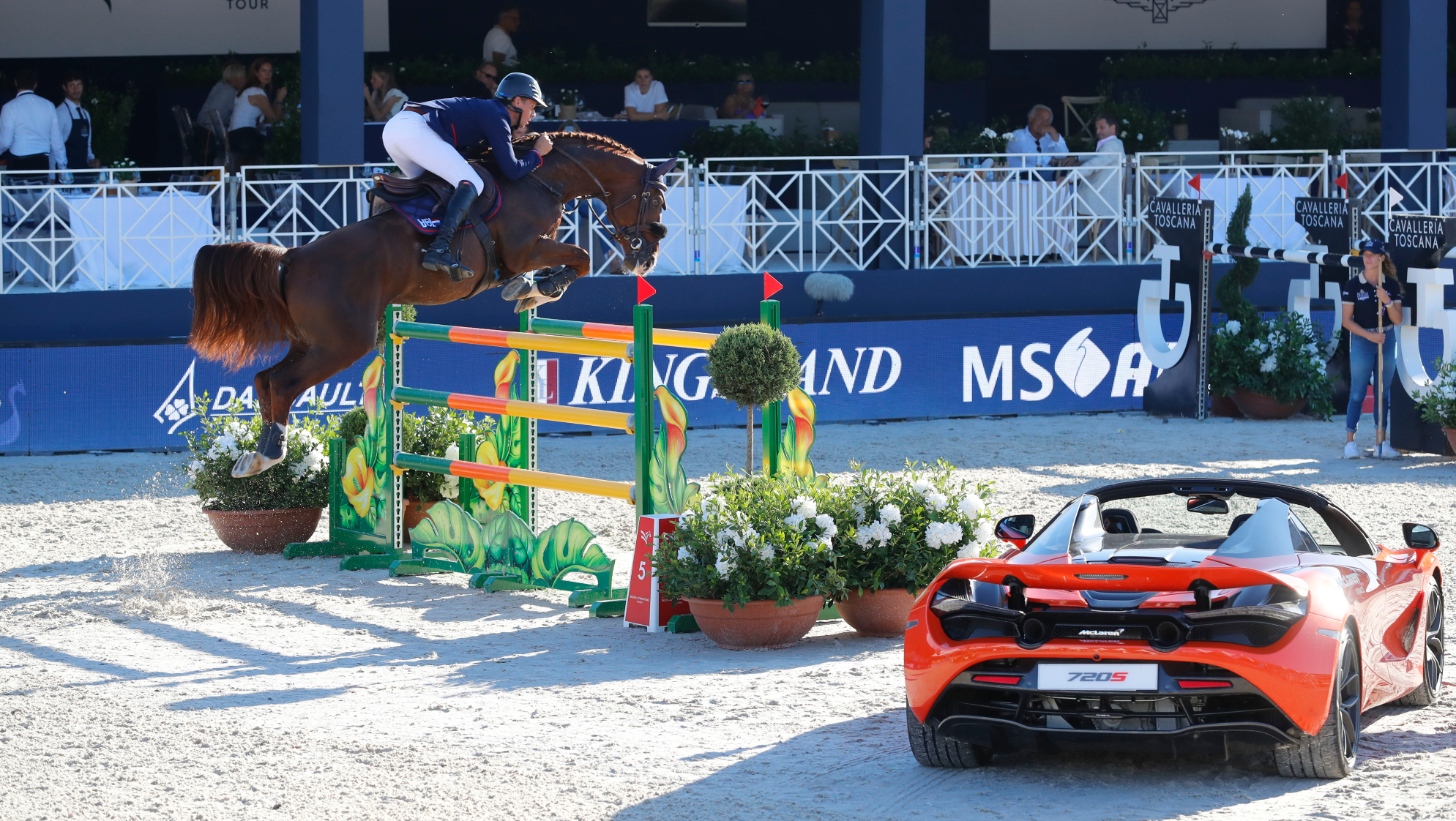 The team riders for the GCL Ramatuelle, St Tropez final are out, and tactics and strategy are at the forefront for today’s penultimate leg of the thrilling Championship race.

40% of the teams are keeping their combinations exactly the same as round one while some of the team managers have pulled their star strikers off the bench for this crucial point in the team competition.

Pole position holders Valkenswaard United keep their line up of Marcus Ehning on Pret A Tout and Alberto Zorzi with his 12-year-old Cinsey. Also on a team score of 4 faults are the St Tropez Pirates. Pieter Devos has swapped onto his top horse Claire Z while teammate Olivier Robert stays put on his 10-year-old Tempo de Paban.

Ranking leaders the London Knights have a lot of work to do today if they want to stay on top in the overall championship. Ben Maher will ride Concona and Olivier Philippaerts will be on his 13-year-old grey H&M Legend Of Love. Father and son Eric and Maikel Van Der Vleuten are currently in third place and they keep their squad exactly the same as yesterday for Madrid in Motion.

Will the St Tropez Pirates be able to win on home turf and take over as ranking leaders again? Tune in to GC TV at 13.45 local time to find out how the action unfolds.