Marlon motors to the win in LGCT Cannes opener 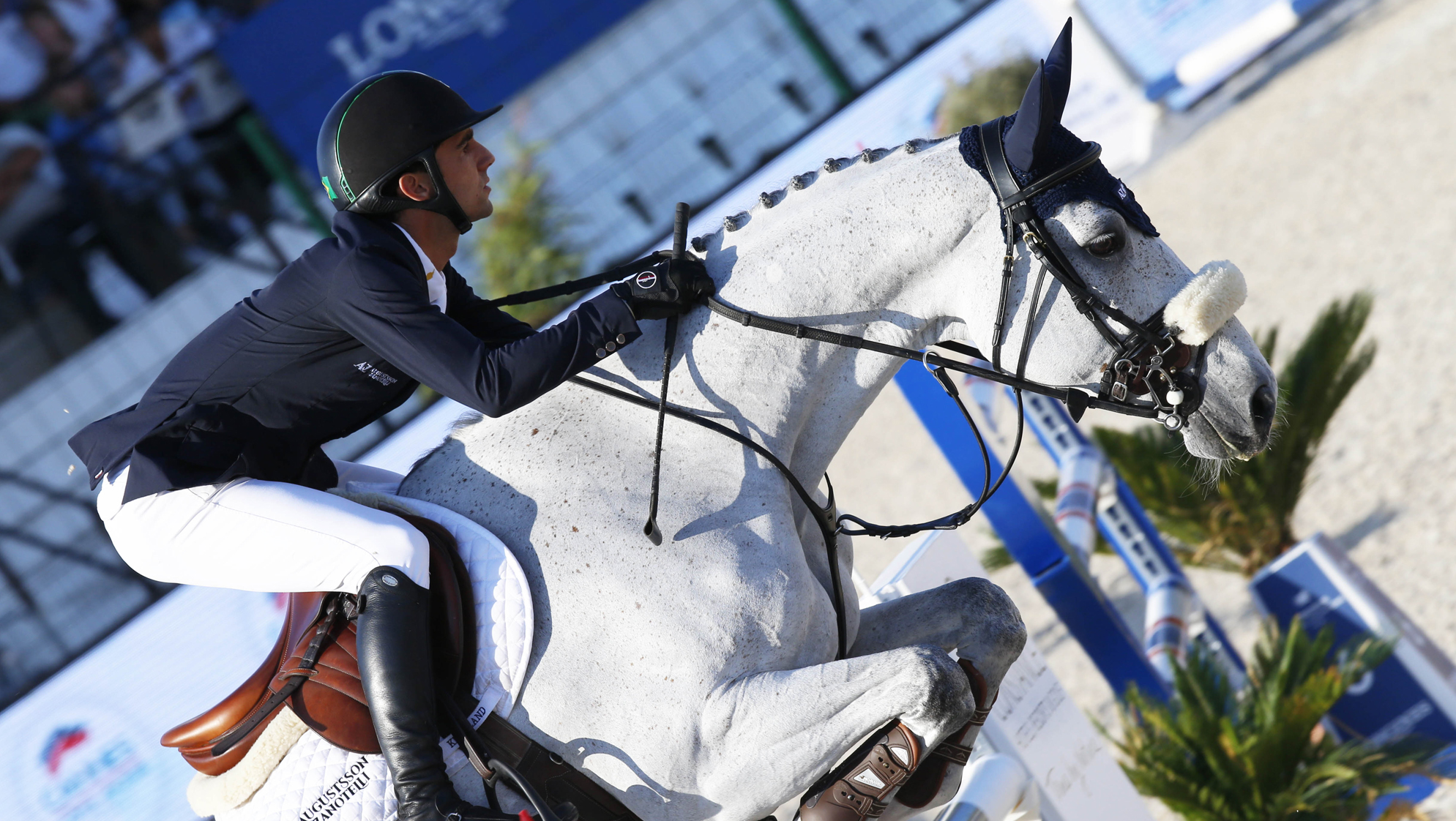 The seventh leg of the 2019 Championship kicked off as the Longines Global Champions Tour of Cannes lifted the curtain to a weekend of top level sport with a fast two-phase class. It was Marlon Modolo Zanotelli (BRA) who took home first place honours on J-Figyelem, closely followed by early leader Ben Maher (GBR) with Don Vito and Han-Dieter Dreher (GER) finished in third with Berlinda.

56 skilled combinations attempted Gregory Bodo's exciting 1.45m course but only 20 riders managed to produce a clear round from 10 different nations. The time allowed was tight, however, and it was clear that a few riders were using this as an opener for the rest of the weekend. The final line on the course was the most testing; positioned right next to the grandstand - the horses had to keep focused and listen carefully to their riders in order to stay on 0 faults.

First to go Wilm Vermeir (BEL) with Iq van het Steentje cruised his first ride over the fences easily clearing them all but picked up one time penalty in the second phase. Evelina Tovek (SWE) was the first to sign a double clear with her big bay Winnetou de la Hamente Z, however, they were quickly overtaken by Ben Maher (GBR) and Don Vito who crossed the finish line in a very fast time of 24.06 seconds.

Jumping in his famous bright yellow jacket Yuri Mansur (BRA) steered Lou Lou VLS round for eight faults in the second phase dropping him down the placings. It then looked like young gun Emil Hallundbaek (DEN) was set to overtake, but the last line of fences played their part again with two falling and putting him out of contention. Current ranking leader Daniel Deusser (GER) proved why he is on top in the Championship, placing Cornet d’Amour perfectly to every jump and coming through the timers just half a second slower than Maher.

Christian Kukuk (GER) is known to be fast but today he couldn’t quite match the pace and finished in 26.05 seconds with his fresh grey stallion Colestus. British youngster Harry Charles (GBR) decided to take the outside turns on his fairly new ride Borsato to produce a clear round in 34.07 seconds. Marlon Modolo Zanotelli then stormed into the lead to set a new top time of 23.29 seconds with J-Figyelem who didn’t waste any time in the air - they were the only combination to break the 24-second mark.

The crowd cheered as home rider Julien Anquetin (FRA) entered the arena on Talika Des Isles. The pair flew over the thirteen fences to land themselves in 4th place overall. Simon Delestre (FRA) pushed the gas pedal down flat from the start but unfortunately, his turn back to fence number 10 was too tight for Chesall Zimequest who stopped sharply causing them to pick up three-time faults as well.

German rider Hans-Dieter Dreher (GER) tried to put Marlon under pressure but was a second slower with his 11-year-old bay mare Berlinda putting him into third place overall. An exciting first class of LGCT Cannes proved it is going to be a weekend full of top-level sport from the best of the best.

The next class GCL Cannes Round One will kick off at 20.45 local time with all the action streamed LIVE and for free on GC TV, just follow this link www.gcglobalchampions.com