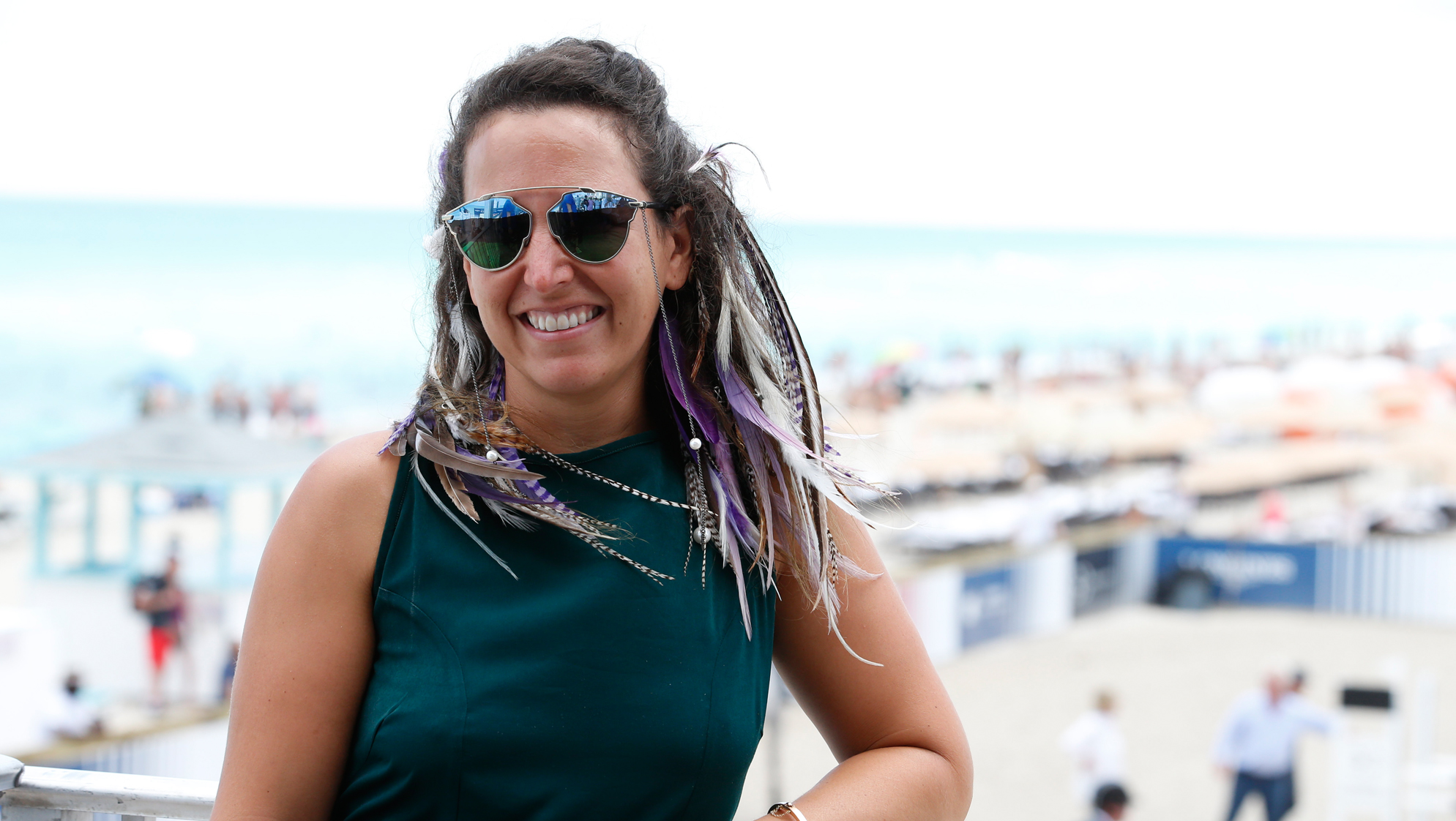 The Miami Beach leg of the Longines Global Champions Tour is undoubtedly unique. But this year’s show became even more memorable for one rider when her boyfriend flew in unexpectedly from Europe and asked her to marry him. Israeli rider Danielle Goldstein — famous for her inimitable style — was taken by surprise when Alan Waldman proposed to her on the Friday morning of the show.

“He wasn’t supposed to come to this show,” explained Danielle, who was sporting her trademark feathers in her hair and a gigantic new diamond ring. “He got in the night before from Holland at 3am but then he did. I got up while he was still asleep and went to ride. When I got back I had a nap and he woke me up and told me to go out on to the balcony of our hotel room. He was shaking and super nervous, then he got down on one knee — and then I was crying.”

Not only had Alan flown in, but he had also arranged for Danielle’s family to travel down from New York and his own from California. There was a surprise engagement dinner party arranged for Friday night.

“He was supposed to wait and do it at the dinner, but he couldn’t wait any more,” added Danielle, who thinks the wedding is likely to be small and held in the summer of 2019. “And I was even more surprised because we’d had a conversation about it before and said that we’d probably never get married — and I was fine with that — so I really didn’t see this coming at all.”

Danielle, 33, and Alan, 44, are today flying to New York where they will design the ring together using the existing stones. Never one to stick to tradition — she rides in yoga pants instead of breeches — Danielle fancies an art deco design.

Her dress is also likely to be pretty funky, though she'll probably stick with the usual white.

“It will be something a bit non-traditional, because that’s just me,” she said. “I’m sort of thinking maybe I’ll use something from my mother’s dress or maybe his monther’s. I want a really long one! For sure the dress will be something crazy. And maybe I’ll get Jamie Oliver to cook or something cool like that. Just give me food, fashion and horses and I’m happy.”

The couple met six years ago in Wellington, Florida, and the following summer Danielle flew to Holland to train with Alan, who is a breeder and dealer. They both now live there permanently at Alan’s stables.

“Miami Beach is a good show, but I was trotting round earlier thinking, ‘Wow, this really is a great show for me now,’” she added with a grin.