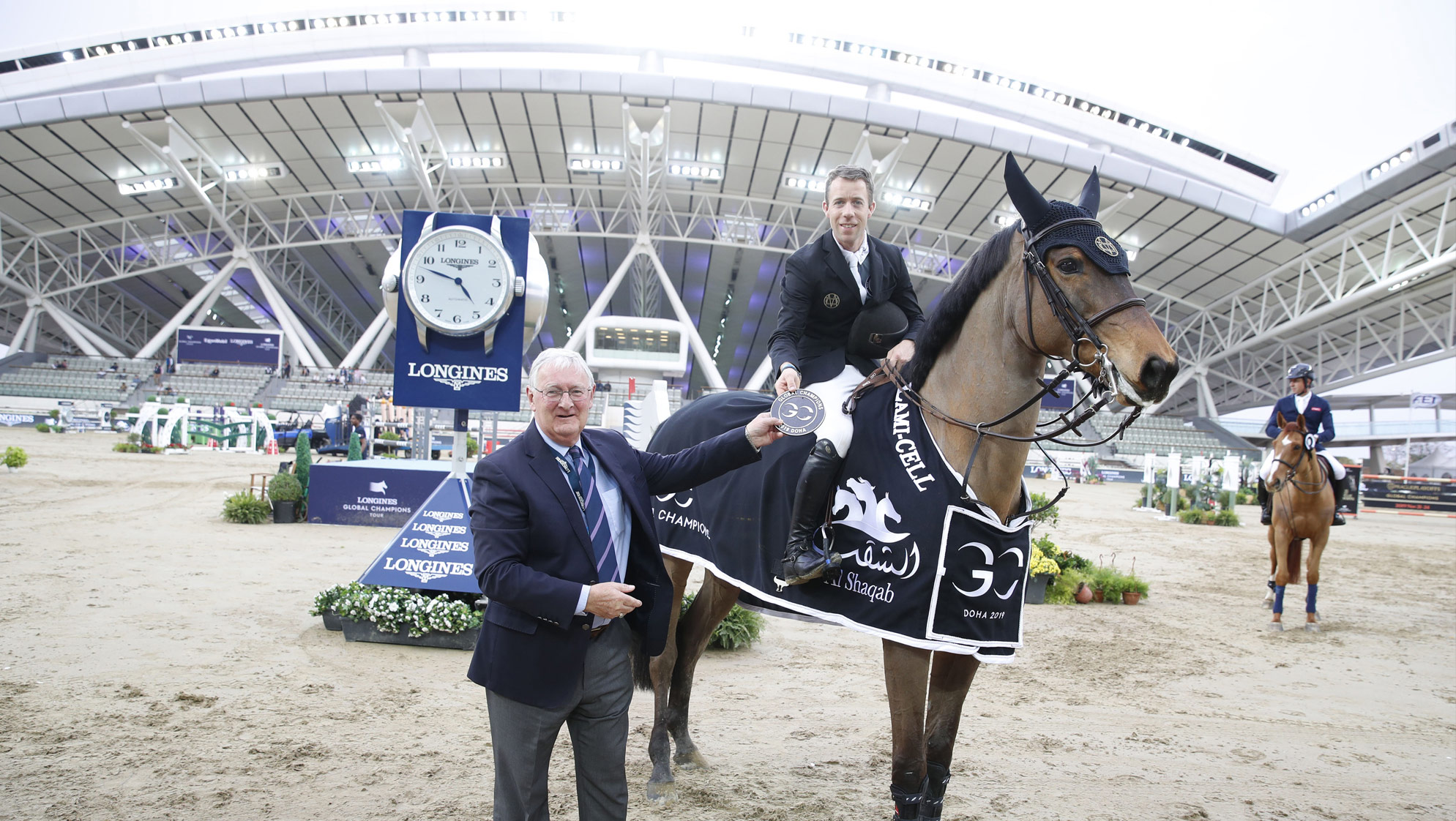 The Longines Global Champions Tour of Doha kicked off in style this afternoon with a win from Maikel van der Vleuten in the first CSI5* class of the weekend. As the curtains lifted for the first time in the 2019 Championship, over 50 riders took to AL SHAQAB's magnificent arena to contest for the win in the first competition of the year.

And the first speed  class of the LGCT 2019 season was a flat out thriller. The speed battle between Bassem Hassan Mohammed (QAT) and Julien Epaillard (FRA) continued from last year, putting Julien Epaillard into an early lead with a time of 25.20s. He did, however, drop down to finish in a very respectable fourth place. While trying to catch Julien Epaillard’s time, Bassam knocked the second to last fence leaving him to finish as one of the fastest four-faulters.

Christian Ahlmann jumped in his iconic blue and yellow jacket and had obviously planned to take his 11-year-old mare for a quiet stretch of the legs, picking up two-time faults.

The striking combination of Roger-Yves Bost and Sangria du Coty had not picked up a single fault in the international circuit this year until now and they finished on the four faults. From Bosty to The Boss, Ludger Beerbaum (GER) followed after with the 16-year-old Chiara who was as fresh as ever but had a couple of time faults along with a fence down.

Maikel van der Vleuten (NED) and Arera C were drawn in the latter half of the order and took the win by over half a second from the flying Frenchman Simon Delestre (FRA) coming over the line in 24.40 seconds. Henrik von Eckermann (SWE) riding Que Bueno de Hus Z finished in 3rd place just 0.03 seconds slower than Simon's time of 24.98 seconds proving how tight and fast the competition was.

Today's excitement is not over just yet - tune in at 17.45 local time to see the teams jump the first round of GCL.