Maher on Magic form with second win in Paris 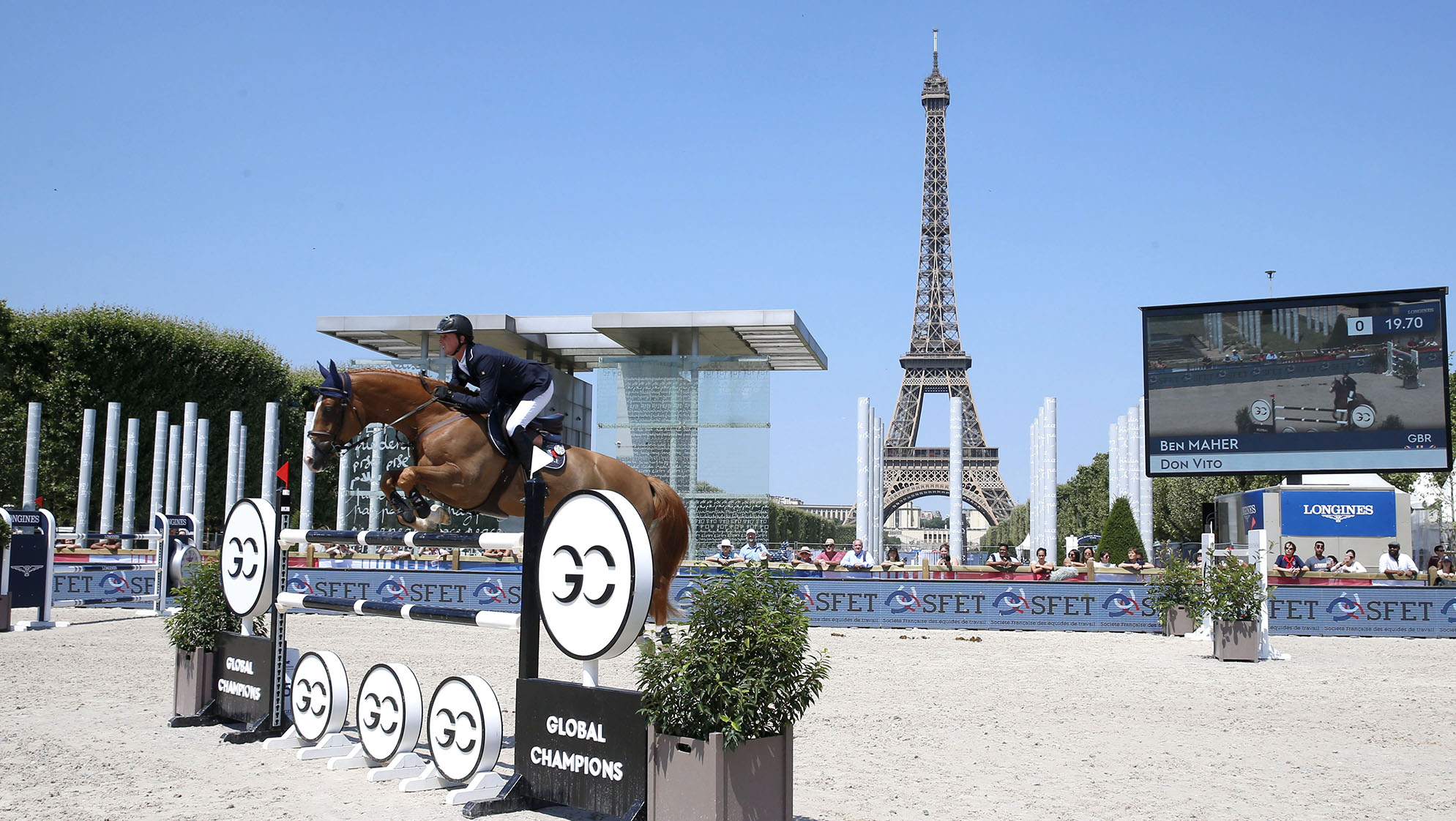 The second day of competition at the Longines Global Champions Tour - Longines Paris Eiffel Jumping kicked off with a blistering win in the CSI5* Prix Renault Mobility from Ben Maher (GBR) with Don Vito as temperatures rose in the French capital city.

Speaking after his win, Maher said: “Don Vito is on form here, he likes Paris. I’m very lucky to have him this weekend. The final line saved me time, and I’m very happy with the way he jumped. I always have my own plan, but I watched Emily Moffitt - Don Vito is her horse - I went a little too quick but you never know how these classes are going to go. It was a good day in the office!”

Uliano Vezzani put together another testing course, utilising the intimate square arena Pathfinder Athina Onassis put in a steady clear with MHS Going Global, the pair putting in a tidy round but finishing outside the time allowed to collect two time faults.

But there were plenty of hard luck stories, with Sheikh Ali Bin Khalid Al Thani (QAT) and Sirocco, Sadri Fegaier (FRA) with Come To Win, Sameh El Dhan (EGY) with Championes and Rene Lopez (COL) with Big Brother all picking up scores they’d rather forget today.

Multiple Olympic gold medallist Ludger Beerbaum (GER) and Cool Down were the first to keep a completely clean score, setting the time to beat at 63.43s in today’s speed class. He was quickly surpassed by Laura Kraut (USA) with her top speed mare, the chestnut Whitney, the duo taking a second off the time to finish in 61.76s. While their time was good, they didn’t take any chances, and knew they’d left the door slightly ajar for the rest of the field to come. Home rider Philippe Rozier (FRA) and Reveur de Kergane put in a strong try, but finished 1 hundredth of a second behind Kraut, pushing through the gates in 61.77s to slip just behind the American.

Ben Maher (GBR) blew away the rest of the field with Don Vito, picking up pace as they flew around the course. With the bit firmly in his teeth, Maher put the pedal to the medal with Don Vito responding effortlessly to gallop through the finish gates in an impressive 57.93s - raising the bar for the rest of the international field to come and putting the pressure on.

But it would be another win for Ben Maher, his second of the weekend, with the British rider on phenomenal form at recent Longines Global Champions Tour events. The next class, the 1.55m jump off class at 18:00 local time.