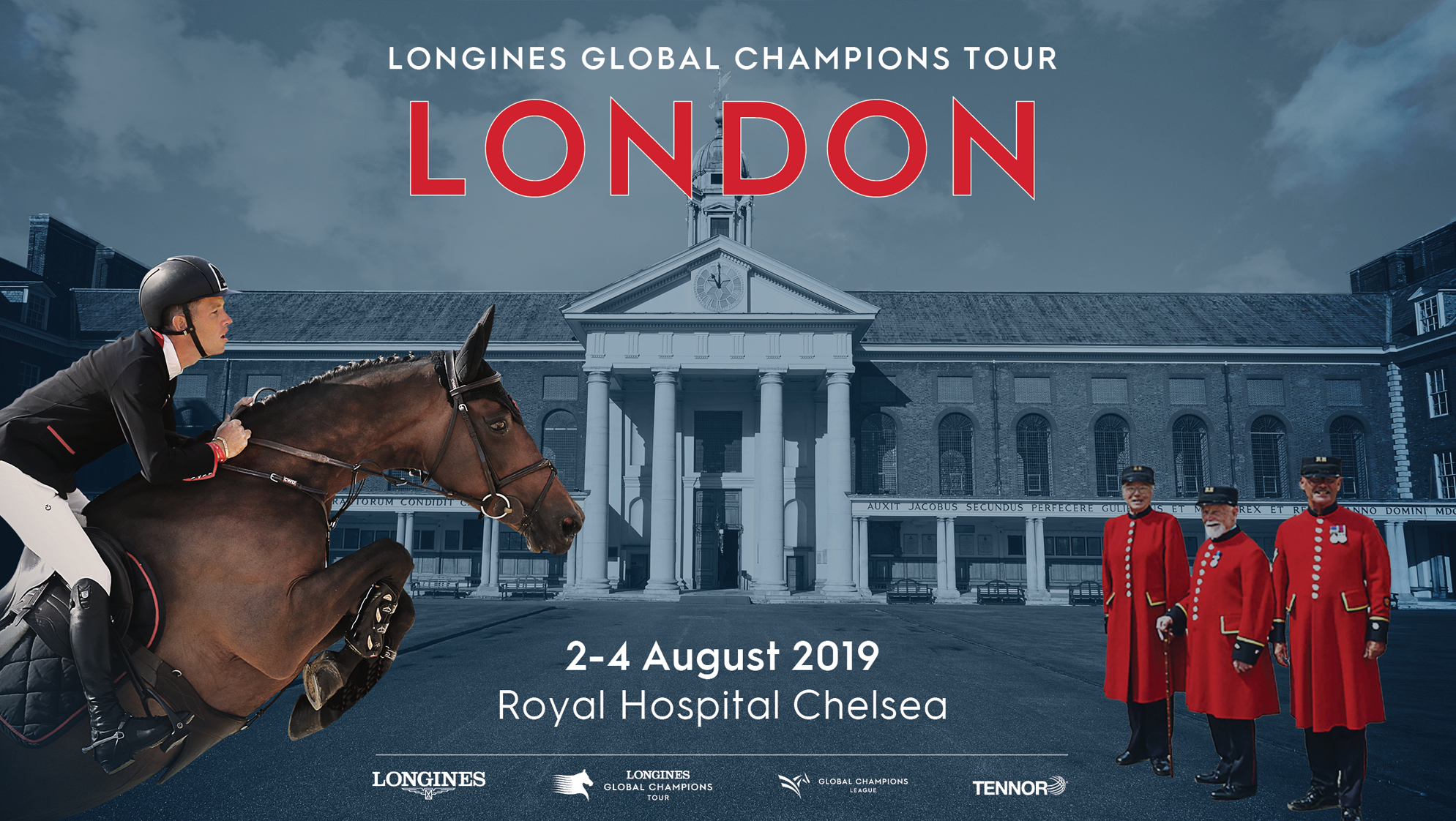 The official image for LGCT London 2019

The spectacular Longines Global Champions Tour and GCL of London returns to the unique venue of Royal Hospital Chelsea from 2 - 4 August 2019 featuring the world’s greatest show jumping riders and horses.

British Olympic gold medallists Ben Maher and Scott Brash will be among the top talent lining up to compete in the high octane Longines Global Champions Tour and GCL individual and team competitions at the historic home of the much-loved Chelsea Pensioners.

Speaking about the forthcoming event Maher said: "Myself and the London Knights are really looking forward to LGCT and GCL London this year - we had such a fantastic reception from the crowd and we're hoping to see as many supporters as possible again this August at the very special venue of Royal Hospital Chelsea."

With the innovative and dynamic GCL team competition hitting full throttle as teams compete in the heart of the UK's capital, the home city team, London Knights - who include British riders Maher and team owner Emily Moffitt, as well as international stars Olivier and Nicola Philippaerts, Martin Fuchs and Max Kuhner - will be looking for local support as they fight for valuable points to help them defend their 2018 Championship title.

The stars of the show jumping will descend on the British capital this summer for another sizzling weekend of world class sport and entertainment so don’t miss your chance to book your tickets for this glittering equestrian event.

Fans packed the grandstands last year to watch an amazing showdown between the two British Champions Maher and Brash. Brash ultimately emerged victorious and was cheered to the rafters at the prize-giving ceremony attended by the Chelsea Pensioners and the Household Cavalry.

All season the British riders have been battling on the LGCT circuit, know as the ‘Formula 1’ of equestrian sport, as the series travelled from Doha to Mexico City, Miami Beach, Shanghai and to Europe before arriving in London in August. All the riders have their sights set on the ultimate goal of the GC Prague Playoffs this November.

Families will enjoy a fantastic day out at this superb venue which will include a shopping village, refreshment areas and kids’ activities. Tickets for seats in the covered grandstands are now on sale along with tickets for the chic GC Lounge with privileged seating and a complimentary drink on arrival.

GCL Round 1, featuring thrilling team competiton, will kick off on Friday 2nd August. The GCL R2 final on Saturday afternoon (3rd August) will be followed by the Longines Global Champions Tour Grand Prix of London featuring the stars of show jumping. On Sunday 4th August top riders will be in action again in the closing 5* competition of the weekend.