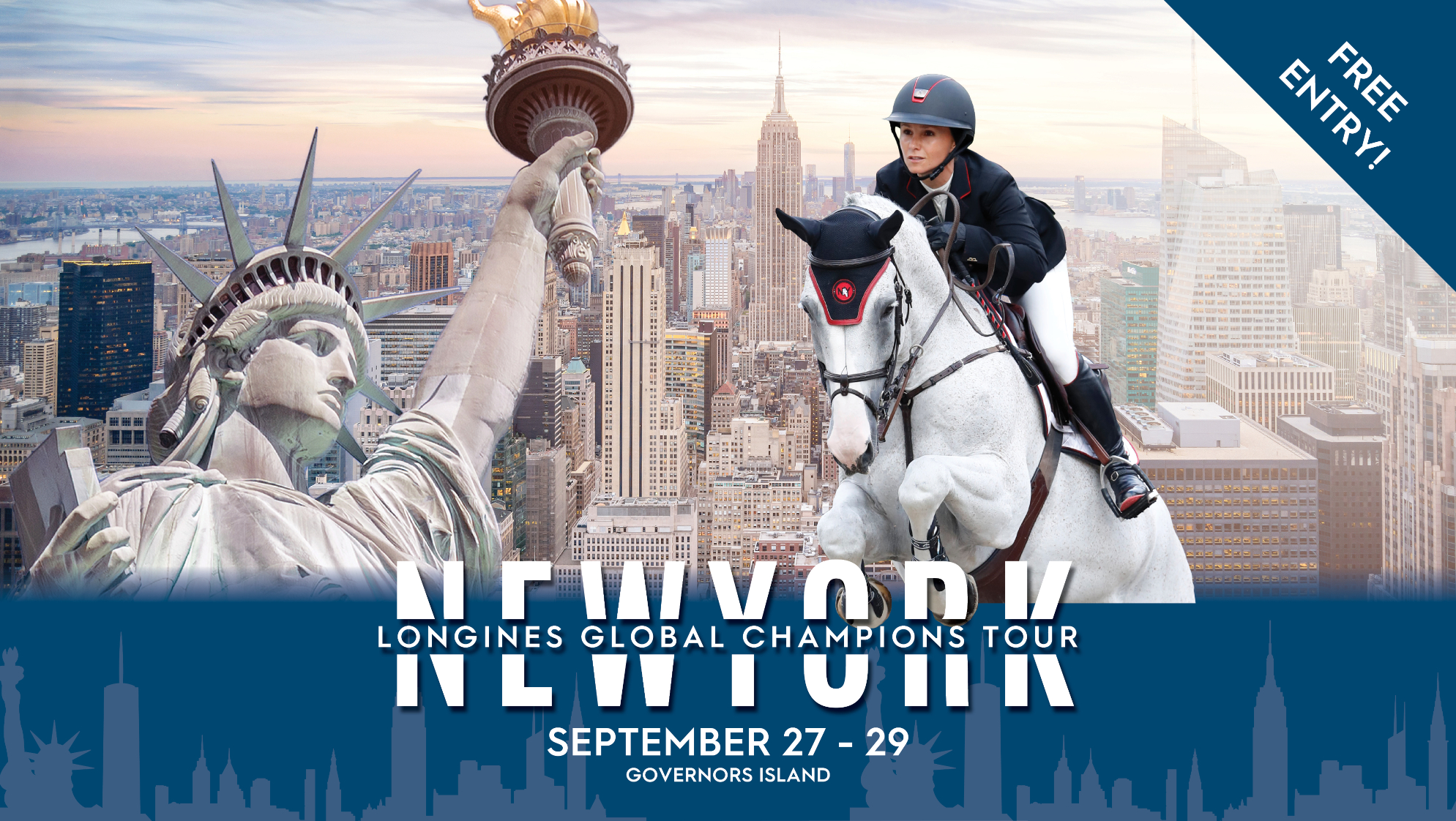 The official poster image for the first-ever Longines Global Champions Tour of New York is revealed today with only six weeks to go until the spectacular Finals of the 2019 championship race take place.

With the iconic Manhattan skyline, the Statue of Liberty and featuring New York Empire GCL team owner Georgina Bloomberg and one of her top horses, Crown, the poster is a stunning snapshot of the inaugural New York event on the LGCT circuit.

The event is free entry to the public and will be the first time world class show jumping will be staged on historic Governors Island. The popular New York retreat has an average of 24,000 visitors during September weekends enjoying the unparalleled views, unbeatable sunsets and multiple activities.

Visitors can simply walk in and enjoy world class sporting action, which will kick off from Friday 27th until Sunday 29th September, spanning a busy weekend on the Island. The show ground will feature a lively Shopping Village, including kids’ activity zone, with direct views of the main competition arena to watch the world’s top show jumpers in action for three days. The unique venue is only around 800 yards from the tip of Lower Manhattan with an eight minute ferry ride across the harbour. Ferries also bring visitors to Governors Island from Brooklyn’s Pier 6 on Saturdays and Sundays.

The stakes will be high at the LGCT of New York Finals with top riders in the final showdown to win the season Championship and the last remaining qualifying place in the LGCT Super Grand Prix at the GC Playoffs in Prague in November.  And in the GCL series race teams will have their last chance to make it into the top four in the ranking to fast-track to the semi-finals at the Playoffs.

The 172-acre Governors Island, a car-free oasis in New York Harbour, has been transformed into a unique venue for sport, art, culture and now top-level equestrian sport, featuring US Champions, will bring an exciting new dynamic to the destination.