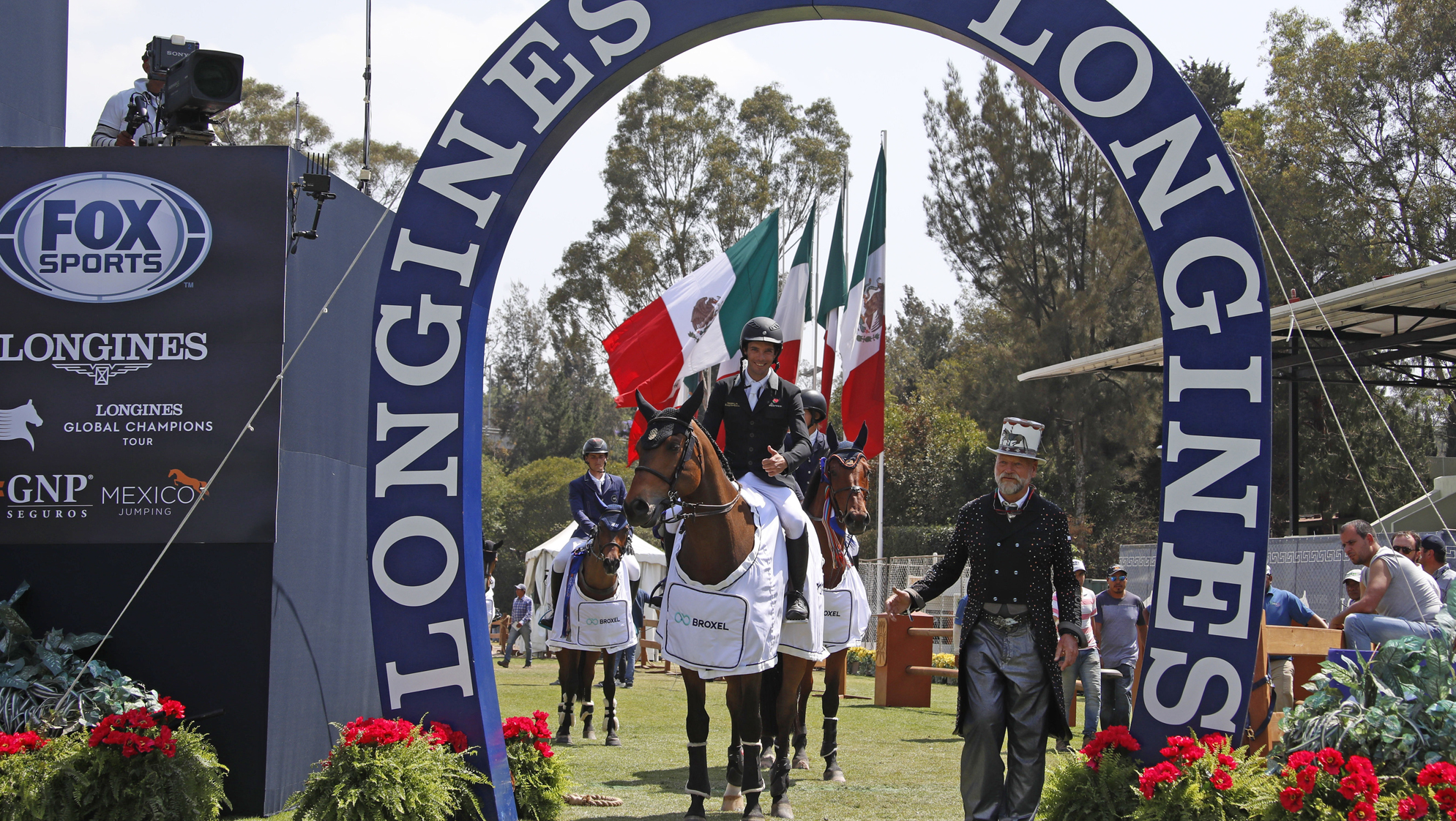 The opening class of the Longines Global Champions Tour of Mexico City kicked off with a win for Eduardo Alvarez Aznar (ESP) and a tantalising look at the form of top riders and horses at the event.

Ahead of today’s GCL Round One, the early two phase Broxel Trophy competition was a good indicator of which combinations would pose a formidable threat in both the team and individual showdowns in the Mexican capital.

At over 2,000 metres above sea level the event was the first major test of the season on a big grass arena at 125m x 75m with plenty of long lines. Fans flocked to the stunning arena creating a vibrant buzz from the word go.

Niels Bruynseels (BEL) riding for the GCL team Prague Lions and joining the GC live streaming commentary team for the opening competition: “It is one of the best shows, not only on the circuit but in the world, it is a fantastic arena. You need experienced horse here.”

In the two phase combinations need to go clear and in the time allowed in the first phase before progressing to the second phase where they can go for speed.

There was a strong performance from Peder Fredricson (SWE) and H&M Christian K, but US champion Laura Kraut quickly took the lead with Curious George in a time of 28.61. The high calibre Americans were impressive with Beezie Madden and Darry Lou trumping Laura’s time to finish in 26.83 propelling her into the lead for most of the competition.

There were also impressive performances from the Belgian contingent with Olivier Philippaerts (BEL) and Cataleya, Jos Verlooy (BEL) and Caracas and Constant van Paesscen and Isidoor van de Helle all putting up serious challenges.

Mexico’s leading riders were fired up to win in front of their home fans with several coming agonisingly close to success.

But it was Spanish star Eduardo Alvarez Aznar took advantage of his talented big striding horse Uqualin du Saulcy and stopped the clock in 26.32 putting Beezie into second place.

Eduardo said: “I can’t be more happy to start like this, it is a fantastic show and unbelievable people around. I went as tight as I could and as fast as I could. My horse has a big stride and that made a difference.”