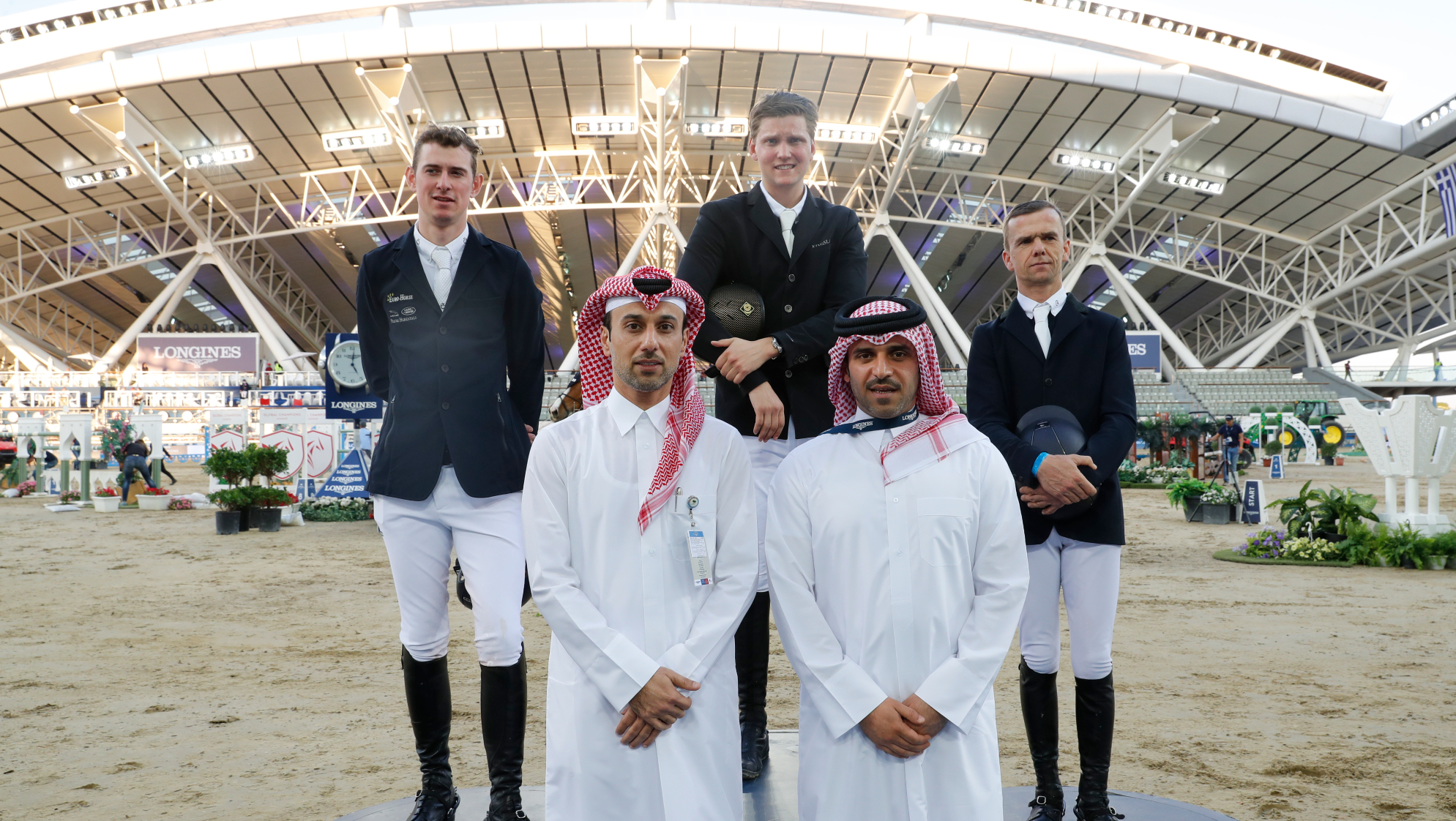 The Longines Global Champions Tour of Doha kicked off in style today with Johan-Sebastian Gulliksen (NOR) picking up his first LGCT win on Chaloubet in 38.80s. Jos Verlooy (BEL) and Varoune finished just behind them with a time of 39.91s and third place was claimed by Wilm Vermeir (BEL) and King Kong d’Avifauna in 40.50s.

As the 2020 season began, 45 riders lined up in the stunning Longines Arena at Al Shaqab for the first competition of the year. Edwina Tops-Alexander (AUS) opened the class by leaving all the poles up but picking up 2 time faults in the second phase with her bay mare Identity Vitseroel.

The first clear round went to Roger Yves Bost (FRA) and Castleforbes Talitha who posted a characteristically fast round, taking an early lead in a time of 40.94 seconds. Qatari rider Rashid Towaim Ali Al Marri (QAT) also jumped clear on Flaire, but the pair couldn’t quite match the pace. Gilles Thomas (BEL) took all the inside lines around the course with Konak, but an unlucky pole had them finish just outside the top 20.

Super speedy Pius Schwizer (SUI) took on the course at a bold pace but wasn’t able to catch the leading time, finishing with 0 faults in 44.49 seconds. Cindy van der Straten (BEL) posted the third clear of the class with her 9 year old mare Diarca PS, putting the pair just outside the money in 13th place. Then Daniel Deusser (GER) had his foot to the pedal throughout his round, but couldn’t quite match the pace, and finished in 6th.

Young gun Jos Verlooy (BEL) stormed into the lead on his massive striding bay gelding Varoune. The pair flew through the finish timers in 39.91 seconds shaving over a second off long time leader Roger-Yves Bost (FRA) time and putting the pressure on the rest of the field.

Knowing he had to give everything Wilm Vermeir (BEL) and King Kong d’Avifauna propelled themselves around the breathtaking arena but was over half a second slower than Jos leaving him to finish overall in third. An early pole in the first phase put Emmanuel Gaudiano (ITA) and Kingston van het Eikenhof straight out of contention for the win today.

The best was saved until last as Johan-Sebastian Gulliksen (NOR) claimed his first win on the Longines Global Champions Tour with his experienced gelding Chaloubet.  The fast and furious combination didn’t hold anything back as they took on the twisty second phase. Flying over the finishing line in a time of 38.80s he has set the tone for the rest of the weekend.

A delighted Johan said: “I was last to go so I had to try. My horse jumped fantastic and hopefully, I can bring this good feeling with me tomorrow and Saturday."

Stay tuned, for GCL R1 up next at 17.45 local time. You can watch it all for free and live on our website.