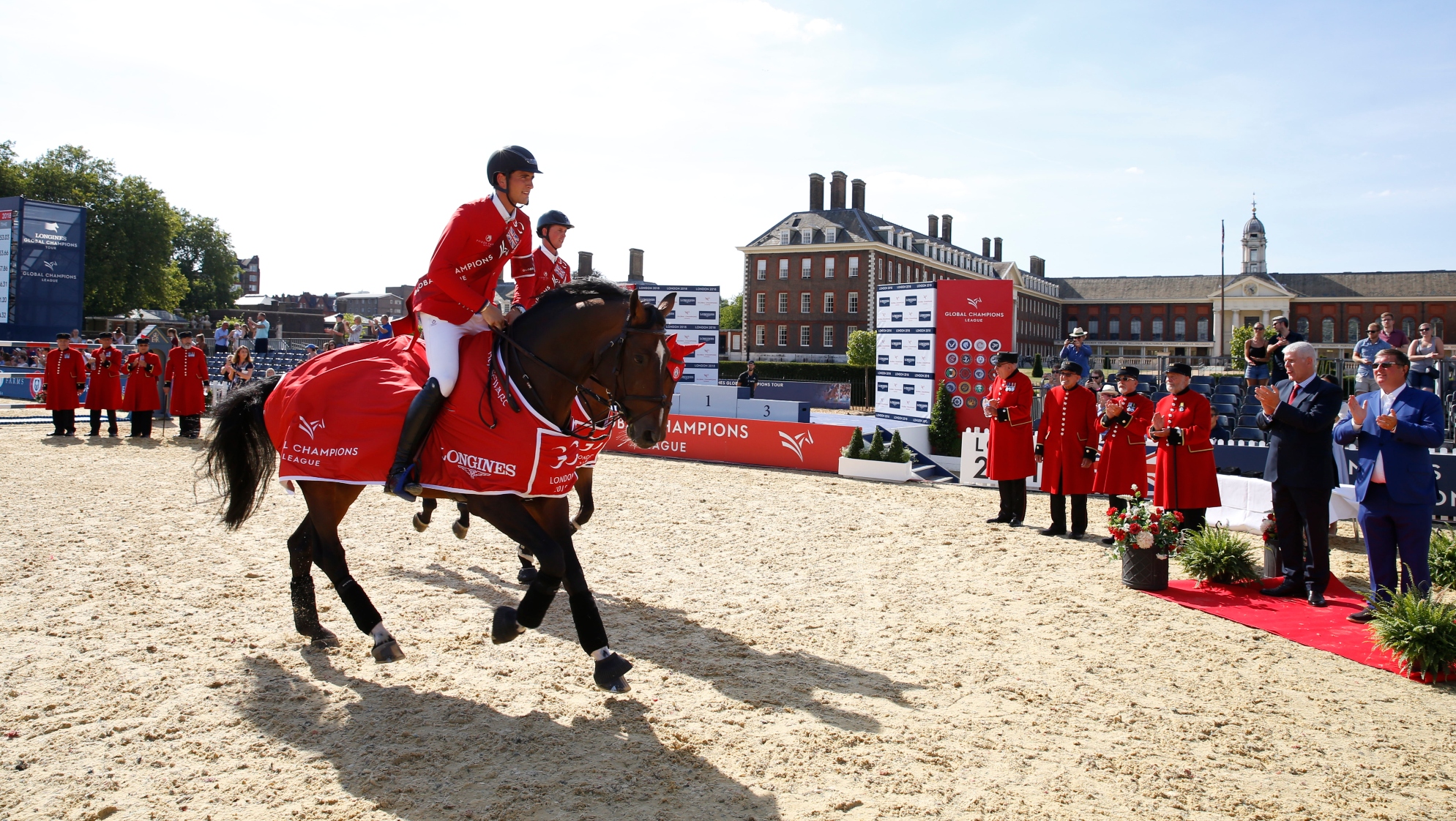 It is less than 24 hours until the Longines Global Champions Tour of London opens the doors for the third year running in the beautiful grounds of the Royal Hospital Chelsea. With the GC Lounge sold out all weekend this is your last chance to be part of the three day showcase of top level equestrian sport, situated in the heart of the United Kingdom's capital city.

British Olympians and world class horse and rider combinations will be battling it out to take top spot on the podium, with a tantalising line up of horsepower in action this weekend. Some of the most famous equestrian names in the sport have already settled into their stables, after a stretch of the legs and a quiet warm up jump in the picturesque arena.

This crucial leg in the race for the championship is set to be as exciting and dramatic as ever - can Ben Maher (GBR) beat Scott Brash (GBR) and win the LGCT Grand Prix of London presented by Tennor on home turf to take over as ranking leader? Both have bought their top horsepower and it will be a battle of the best between Maher' Explosion W and Brash's winning mount of last year, Hello Mr President.

A whole host of international superstars have arrived in London for kick-off tomorrow including Pieter Devos’ (BEL) phenomenal 11 year old Claire Z and on form Malin Baryard-Johnsson (SWE) who brings her two fiery mares H&M Indiana and H&M Second Chance. Simon Delestre (FRA) has with him the small but mighty Hermes Ryan and Eric Lamaze (CAN) has the formidable Chacco Kid in the UK's capital city.

Spectators will also be able to cheer on the GCL home city team, the London Knights - who took victory in a spectacular showdown in London last year. They have revealed they're fielding Ben Maher (GBR), Emily Moffitt (GBR) and Olivier Philippaerts (BEL) this weekend, so all eyes will be on which pairing will be played up front in each round of the crucial competition.

Join us for a fun-filled family day out situated right next to the River Thames, with entertainment catering for all age groups.

You don’t want to miss this event which has become a key fixture in the London social calendar. Tickets are selling fast so click here to buy yours now!