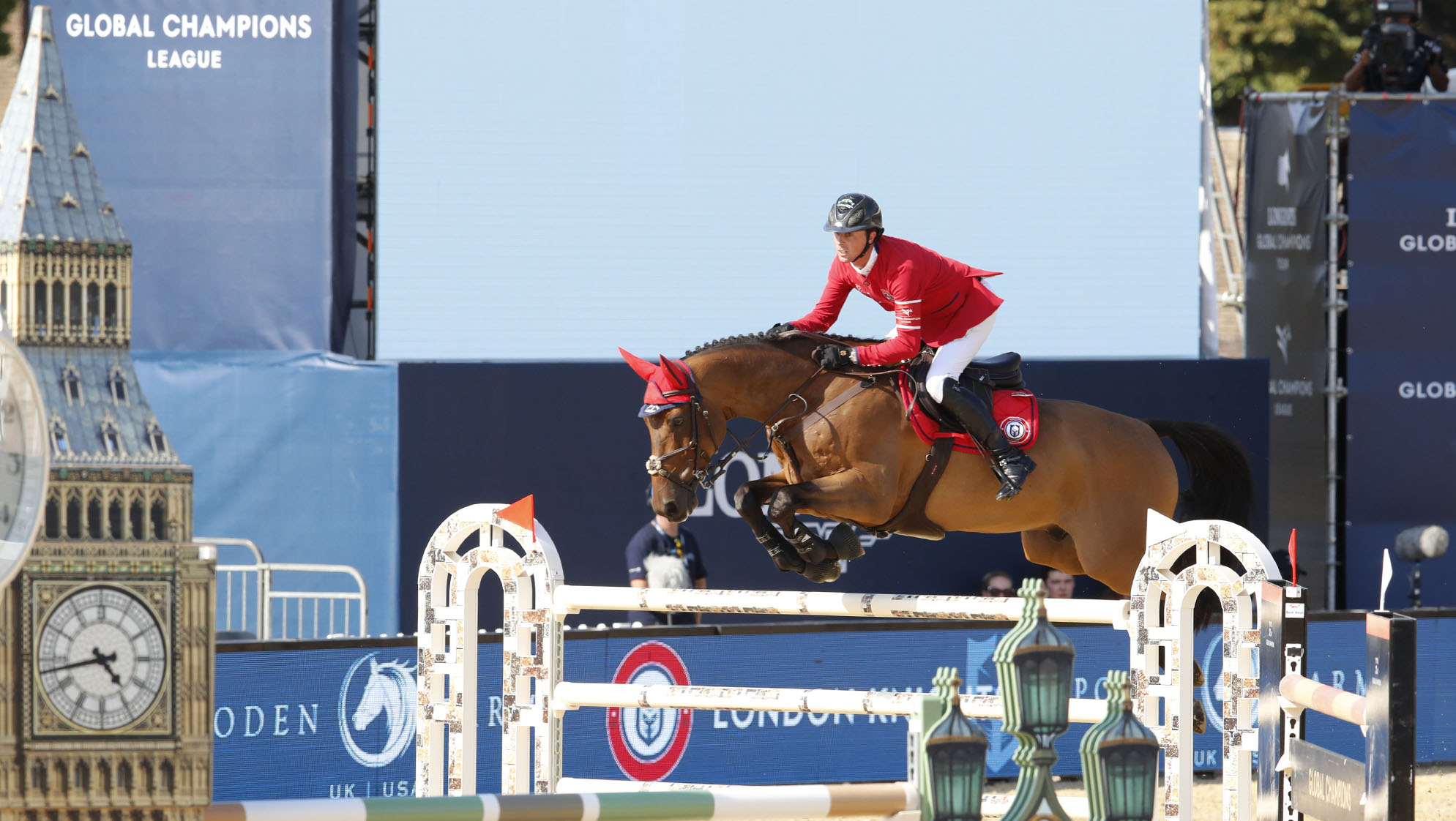 The Knights are currently in the lead of the overall rankings, however with every score counting and the pressure on to qualify for the GCL Super Cup at the GC Playoffs, each of the 19 teams will be strategising to secure maximum points as the Championship accelerates towards its climax in Doha.

With tactics at the forefront of everyone’s minds, four teams head into tomorrow on a clear score, with the Cannes Stars, Miami Celtics and Berlin Eagles joining the Knights in the best possible position. A further 9 teams sit within two poles of each other, highlighting the high calibre of sport and the drama that could unfold for Saturday’s showdown.

Ben spoke about the Knights' round, but kept the team’s tactics for tomorrow close to his chest: “We’re very happy with today. We were drawn first which isn’t the start we’d have liked, but we went in, did our plan and now the others have to chase! There were one or two options, which were quite risky, but we took the safe option with the team in mind, and it paid off. The horses feel good. It’s important to go towards the end, the objective is to try and jump two clear rounds again. We’ll probably have one change, but we’ll have a discussion later and make a decision for tomorrow.”

Nicola agreed: “{Chilli Willi] felt great today, then Ben made a great time so it was a very good start today. There is more pressure for sure, and here it is our home show, so hopefully we can do it again tomorrow."

The Royal Hospital Chelsea provides the backdrop to this weekend’s event, the beautiful historic building resplendent in the sunshine as the world’s top show jumpers took centre stage. The famous Chelsea Pensioners watched on as the stars of the sport competed in their back garden, while spectators took their seats in the covered grandstands to watch the high-octane team competition. VIPs including rock star Bruce Springsteen, philanthropist Bill Gates, singer Ronan Keating and Top Gear presenter Richard Hammond took in stunning views across the arena from the chic and stylish hospitality.

Each day the Household Cavalry Musical Ride provide the fitting final performance in the arena, with soldiers from the Mounted Regiment closing each day of action. Today Uliano Vezzani built a big, difficult course, the 1.50m track a true test for the teams. A gappy GCL double caught out a few combinations, and a delicate “Big Ben” vertical dropped at the lightest of touches.

Overall ranking leaders London Knights drew the short straw in yesterday’s draw as the first team to go, all the pressure resting on the shoulders of Ben Maher and Nicola Philippaerts. First to go Nicola brought out top stallion Chilli Willi, the beautiful dark bay horse jumping magnificently to kick off the competition clear. Despite the tough task, Ben followed suit by riding Winning Good clear, keeping the team in the best possible position with a completely clean score heading into tomorrow’s showdown.

Big rivals Valkenswaard United were also one of the teams drawn early to go and the duo of Alberto Zorzi and Maurice Tebbel knew they had to go double clear to match the Knights’ performance. But an early pole for Alberto with Contanga 3 meant the team would collect four faults, despite an impressive clear from U25 teammate Maurice with Don Diarado.

The St Tropez Pirates pairing of Edwina Tops-Alexander and Athina Onassis opted for a steadier pace to help ensure their team could keep all the poles up. Their tactics paid off, with Edwina piloting Cinsey and Athina riding MHS Going Global to jump clear, but with both picking up a time fault apiece to put the team on a score of 2.

Jessica Springsteen and Shane Breen of Miami Celtics delivered once again, the second team to complete GCL London Round 1 on a zero score with top horses RMF Swinny du Parc and Ipswich van de Wolfsakker, before they were swiftly followed by the Cannes Stars who made it three on a clean score. Jane Richard Philips and Daniel Coyle pulled out all the stops for the Stars, completing their rounds faster than the Celtics and slipping in just behind the Knights who remained at the top of the leaderboard.

Montreal Diamonds were left disappointed after Eric Lamaze and Harrie Smolders both picked up four faults, despite competing on top horses Chacco Kid and Don VHP Z N.O.P. putting the team on a score of eight and way down the order.

There was further drama after British hero John Whitaker of the Cascais Charms had a last minute refusal with Cassinis Chaplin, the grey stallion refusing the double at the final stride. Due to teammate Philip Houston’s previous 13 fault round, John opted to retire, however that meant the team would be eliminated from the competition and unable to collect a score tomorrow.

But temperatures would rise after Scott Brash of New York Empire delivered a breathtaking round with the 9 year old Hello Mr President, the energetic and enthusiastic gelding leaping over the fences effortlessly, ears pricked in anticipation for the next challenge. The baton was passed to team-mate Cian O’Connor with Veneno, but it started to unravel midway through the course, the pair picking up 12 faults in total to drop the team down the order.

Final team to go Berlin Eagles fielded Christian Kukuk with Limoncello and Ludger Beerbaum and Ciara, the experienced duo once again delivering with a brilliant clear to keep the Eagles sky high in the results today.

But it would be the London Knights who took pole position today, keeping their place at the sharp end of the grid and in prime position for another podium on Saturday. The action kicks off at 13:30 local time, and will be streamed live on GC TV and via the official GCL Facebook page.