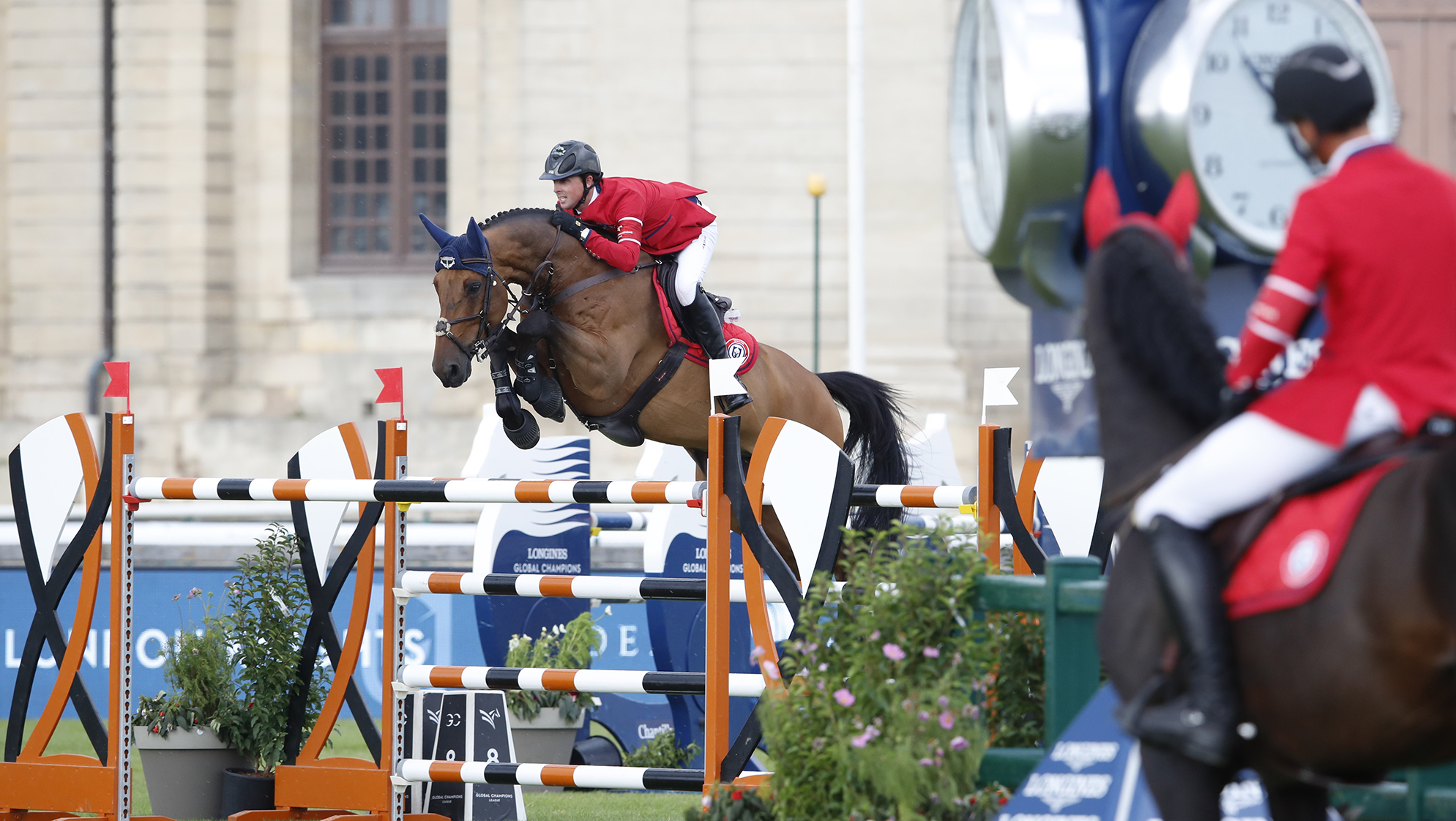 London Knights have finished a furlong ahead of closest rivals Valkenswaard United in today’s race for position, with Nicola Philippaerts on H&M Chilli Willi and Ben Maher with Winning Good delivering foot perfect performances in the first round of GCL Chantilly.

Knights and United - the two leaders - take the top two positions today, both on a zero score but with the Knights just ahead on time of United’s duo of Alberto Zorzi with Contanga and Marcus Ehning with Comme Il Faut.

Today’s result could prove influential in the overall ranking battle, with teams going all out to qualify for the 16 positions available in the GCL Super Cup at the GC Prague Playoffs. Saturday's showdown promises to be a tantalising battle as the two lock horns for the 11th leg of the Championship.

Miami Celtics duo of Jessica Springsteen with RMF Zecilie and Denis Lynch with RMF Echo took third with the only other double clear of the day, ahead of St Tropez Pirates on one fault and a further eight teams all on a score of four - and 12 teams within a pole of a potential win.

Ben Maher said: “We’re happy - we have two slightly different horses this week. Nicola got us off to a good clear, my horse is naturally a bit faster so we’re in a good position. Tomorrow will be a new day, more technical and a little bigger."

Teammate Nicola Philippaerts agreed: “Both horses and riders are in good shape. For sure need a little bit of luck, and we need to be on our best [form] again, so we’ll try again tomorrow."

Set against the exquisite backdrop of the Chateau de Chantilly’s Grandes Écuries, all 19 teams took to the galloping grass arena for the first time this weekend. Just 50 miles north of Paris, the beautiful show ground is set within the Chantilly racetrack.

Before the competition riders stood silently in a respectful tribute to Belgian course designer Luc Musette, who sadly passed away this week.

Uliano Vezzani’s course was a long and winding track, best suited to horses with big, galloping strides and plenty of care when they reached the fences. A gappy treble set towards the in-gate required pure focus and precision, and a Longines liverpool caught the eye of a few combinations.

St Tropez Pirates put in a powerful performance, with Athina Onassis and MHS Going Global picking up just one time fault, with Pieter Devos and Gin D backing her up with a clear to keep the team on just 1 fault.

Alberto Zorzi and Contanga were the first to enter for Valkenswaard United, pulling out a strong but steady clear for the team before passing the reins to Marcus Ehning and Comme il Faut to do the same. The small and energetic stallion powered around the arena, his ears pricked towards the fences and leaping agilely over the challenges to finish clear and in a lightning fast time to shoot United up to the top of the leaderboard.

During the transfer window period Paris Panthers signed up Yuri Mansur, with the Brazilian debuting for the team today in Chantilly. Riding Ibelle van de Grote Haart it looked as though the Panthers had made a good tactical decision, with the pair jumping clear for the team. Team anchor Gregory Wathelet couldn’t match their performance, collecting an uncharacteristic 12 faults with Qualido.

Overall ranking leaders London Knights entered the arena as rain began to fall, but it posed no distraction for Nicola Philippaerts with top stallion Chilli Willi who kept the team on a zero score. With a rumble of thunder teammate Ben Maher took centre stage with Winning Good, flashing their red Ranking Leader armband as they cantered to the first. Holding the enthusiastic gelding back a touch to keep his focus, the pair flew around the arena, finishing clear and crucially ahead of rivals Valkenswaard United on time.

Rome Gladiators were the fastest of the four faulters, Marlon Zanotelli producing a fast clear with Rock'n Roll Semilly, with Laura Kraut and Deauville S collecting a pole for the team.

Jessica Springsteen with RMF Zecilie and Denis Lynch with RMF Echo put in two careful clear rounds, knowing a double clear would put them in the best position for tomorrow’s GCL Chantilly final. They slotted behind United on time, but were delighted with their performance, teammate Michael Duffy and manager Helena Stormanns jumping every fence from the 'kiss and cry’.

An unlucky pole from Jos Verlooy and Caracas of Montreal Diamonds put the pressure firmly on the shoulders of teammate Harrie Smolders, the top Dutch rider bringing out LGCT Grand Prix winning stallion Emerald. The duo delivered, keeping the team on a score of four and the chestnut stallion giving a celebratory buck as they crossed the finish line - the Diamonds would be in with a chance of a podium tomorrow.

There would be disappointment for home city team Chantilly Pegasus, the team last to go in the order, after Roger-Yves Bost and Carlos Lopez picked up four faults each, putting the team down the order and on a score of 8 ahead of Saturday’s showdown.

So it would be the London Knights to lead the charge in Chantilly, with closest rivals United just behind and the ever consistent Miami Celtics in third. Starting in reverse order, the teams will be battling for every precious point, with emphasis now on the team managers to select which horse and rider combination to field in tomorrow’s GCL Chantilly final.