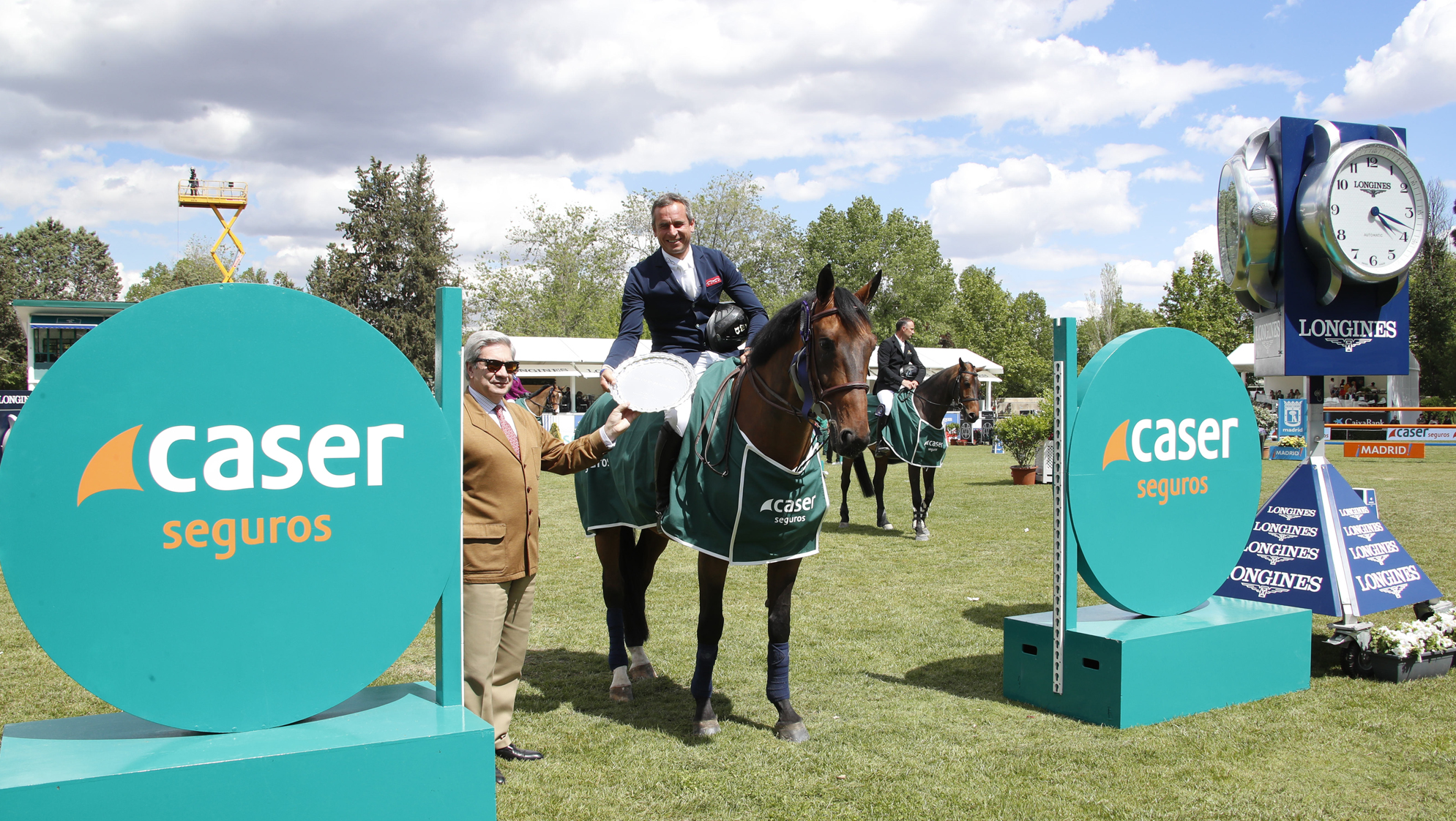 Speaking after his win Julien said “It’s very good to get a clear this week. I have competitive horses and I always try - it doesn’t always work, but today it did! It’s a fantastic ring and it’s a good opportunity for me to be here.”

First to really light up the timesheets was former Longines Global Champions Tour Grand Prix of Madrid winner Luciana Diniz (POR) with Lennox, the big bay horse powering around the course to set a time of 63.98s. But immediately her time was cut down by more than a second, as Eric van der Vleuten (NED) and Djoost Again put a score of 62.57s on the board.

Some riders opted to use the course as a confidence booster for their horses, with Harrie Smolders (NED) and Don VHP Z, Ben Maher (GBR) with F One Usa and Athina Onassis (GRE) with EFS Top Contender all picking up time faults despite jumping clear.

But speed demon Julien Epaillard (FRA) left the rest of the field in his wake with the lightning fast Safari D Auge, the chestnut horse flying around the bouncing grass arena and the Frenchman finding the perfect stride throughout the twisting course, gently coaxing his horse to a consistent galloping pace. They took an impressive three seconds off Eric’s time to set a new time to beat of 59.47s, piling the pressure on those to come.

Another speed merchant, Karel Cox (BEL) gave it a strong shot with Cava, but had to settle behind Julien - only able to make it across the finish in 62.44s. Pius Schwizer (SUI) took an inside turn early on with Ulane Belmaniere, looking dangerous to contest Julien’s time. But the pressure was too much, and a pole tumbled; as did their hopes of a win today.

But it would be Julien Epaillard who would reign supreme in the penultimate class of LGCT Madrid. The final class of the weekend the Copa del Rey will kick off at 17:00 local time, tune in then via GC TV to watch all the action LIVE.