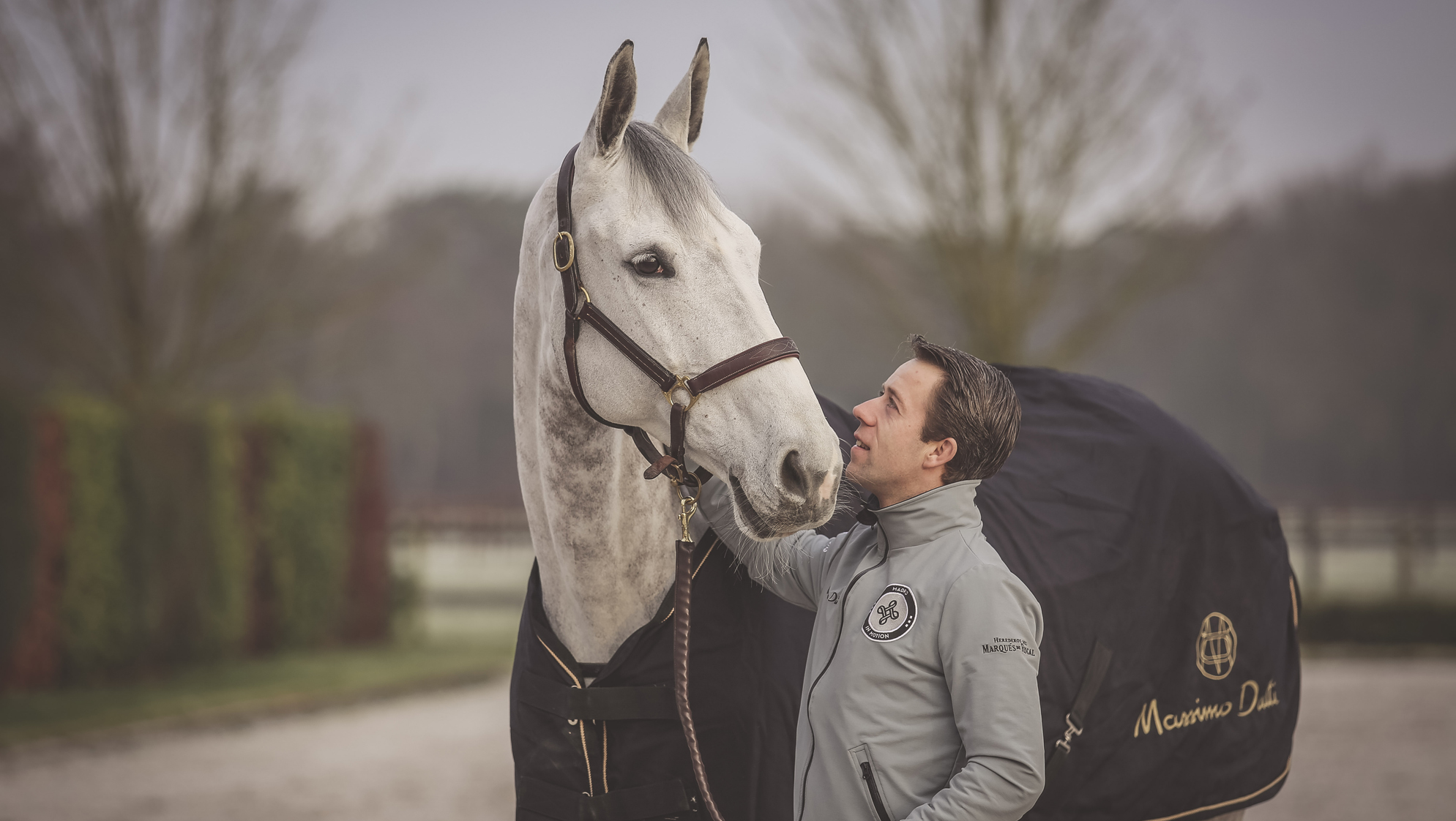 Madrid in Motion made history last December by winning the first ever GCL Super Cup, battling through three knock-out days of competition to lift the coveted trophy at the GC Playoffs. We popped in for a coffee with one of the team members Maikel van der Vleuten at home in The Netherlands to reflect back on that incredible win, and his hopes and dreams for the season ahead…

How was your season last year for Madrid in Motion, highs and lows?

During the season we were a bit so-so. It’s hard to manage the whole season right, but we had a good result in Paris, and the rest was not bad - mostly in the middle. We really put the concentration on the GC Playoffs in Prague, and we knew we had to make something good for the sponsors of the team. So we picked the three best horses at that moment; Verdi, Calimero and Rokefeller, and worked to that. I must say we all believed in it, that we could make it. In the weeks towards the Playoffs, we focused everything towards Prague.

Tell us about that run up, that build up. Where you talking as a team, and what was the plan?

We all know our horses very well, and we all know what to do with them individually to get them in the right shape. During the year it’s difficult to do that every week, but sometimes you can pick a goal and you can tailor your weeks before to ensure they’re fit and quiet; it allows them to want to fight for it. But you never know beforehand if it’s going to work out well of course. I think all three of us were very focused even at the event - quite a lot happened at the show! Strange things happened, there were difficult fences in the course, spooky jumps, and new ones that were different from normal, so some horses stopped or passed by. Ben Maher, Peder Fredricson, Harrie Smolders, David Will, Jos Verlooy… Things that normally don’t happen! In our team our horses are all very experienced, always straightforward.

Actually Edwina told me after the first day, she said she watched the whole class but felt that our team looked the most relaxed and quiet.

So she called it!

Yes! That’s what she said on the first day, she thought we could win! But I think we kept our focus, which helped the horses jump well. That week was ours.

There was so much pressure on the riders, with the new format meaning it was a complete knock out in the quarter-finals, semi-finals and finals. What was your experience of it?

It gave extra pressure for sure. From the first day you have to focus and ride as though it’s the final, because if you mess it up the whole week is gone. So in a Championship like this you have to ride day by day, and feel day by day how the horses are. The first day is the first goal, and from there on you can plan. We also had a backup with my dad (Eric van der Vleuten) as he had brought his experienced horse too, in case we needed to adapt depending on how the horses were feeling, but we made the plan to do the whole Playoffs with the original three. I think it’s an exciting format.

And for the fans it was something quite different and new…

It was interesting to see how the riders were lifted by the whole week. But it also created pressure - Peder in the Prague Lions team, the home team, his horse refused and they were out just by one penalty. I really enjoyed the whole event, with the Opening Ceremony, the Walk of Champions. It was a great experience. It was a show that was incredibly well organised, something different, and why everyone was so looking forward to it and then talking so positively about it. It was spectacular.

It was amazing how many messages I received and how many people said how good it looked on TV. I had so many nice reactions, with people saying it was super to follow, really exciting and that they want to physically be there next year. All the details were perfect.

Many of the entertainment concepts were similar to that of other sports, like NFL or football, and there seems to be a real hunger for it… How did you feel walking out through those flames to the crowd roaring their approval?

Exactly. It was cool and for all the riders it was the first time we had done something like that as well. The format was perfect - for some people there was drama, for some glory. But that’s our sport, and that’s what makes it so exciting - first day three rounds, second day the same, final day six rounds. 12 rounds, all of them counting. All can go wrong at any point. Big pressure.

For you as a rider, did you feel that pressure?

Yes. There are many people involved in a GCL team, the two riders not competing and all the sponsors. Most of them were actually there, but you want to do well for everyone. But in my case for some reason it makes me better, even sharper.

Good question! I don’t know. But I ride well with a bit of pressure. I can’t say I always like it, as it’s nice when it’s in the bag but I know I perform better under big pressure. I also have a horse I can trust in Verdi - I know how he is on those days.

How did you decide who would go first or last in the three riders selected? Did you make that decision together as team?

It was my father's idea. But we sat together and came to the solution that we all felt good in the order we chose. It was the first thing that came up with my Dad who manages the team. In the end we realised it doesn’t matter that much - all three [compete] in a row, and all three have to be good, as each score counts. We were all quite relaxed about the order. The pressure was the same for all of us, the only difference was that Edu - who went last - knew exactly what he had to do. But the original plan was to go in, jump clear!

Winning the GCL Super Cup… What was on your mind when you were on the podium, or even that moment behind the scenes when you saw your teammates. Can you describe that?

It was one of the most emotional moments ever. It did a lot for us as a rider, for my Dad and for us as a team. I never saw my Dad so happy in his whole life. The moment it happened it was like…. whoah. And it’s a good thing that we can give such happiness. I felt the same, it was incredible. It was one of the highlights on my career.

Alvaro Arrieta Konyay was there on behalf of your team owner Marta Ortega, on the podium no less! Was she watching?

Yes, she was in front of the TV watching it all. She had planned to come but she watched it all and sent us messages straight away - you should see them, she was very happy!

You have some new teammates this year, but also a solid set up with some of the Madrid in Motion originals. What is your goal for 2019 and how do you plan to achieve it?

We have a good team this year, and our goal is to do better in the overall Championship as well as do well at the Playoffs. It’s great there are now six riders in the team, as there are more events in the Championship, and it means we can use different riders, with their best horses, in different events. The key I think will be to bring our best horses, the level is so high you cannot have just one or two good horses in a team - it has to be across your teammates. It’s important you keep communicating very well and make a plan for the whole year. We made a plan already in fact!

But you also need to be flexible. My Dad is very good at managing that - he’s very important to the success of our team, he knows all our horses very well and treats us all equally. Plus he’s an amazing rider and knows what he’s talking about! We’re really looking forward to this season.