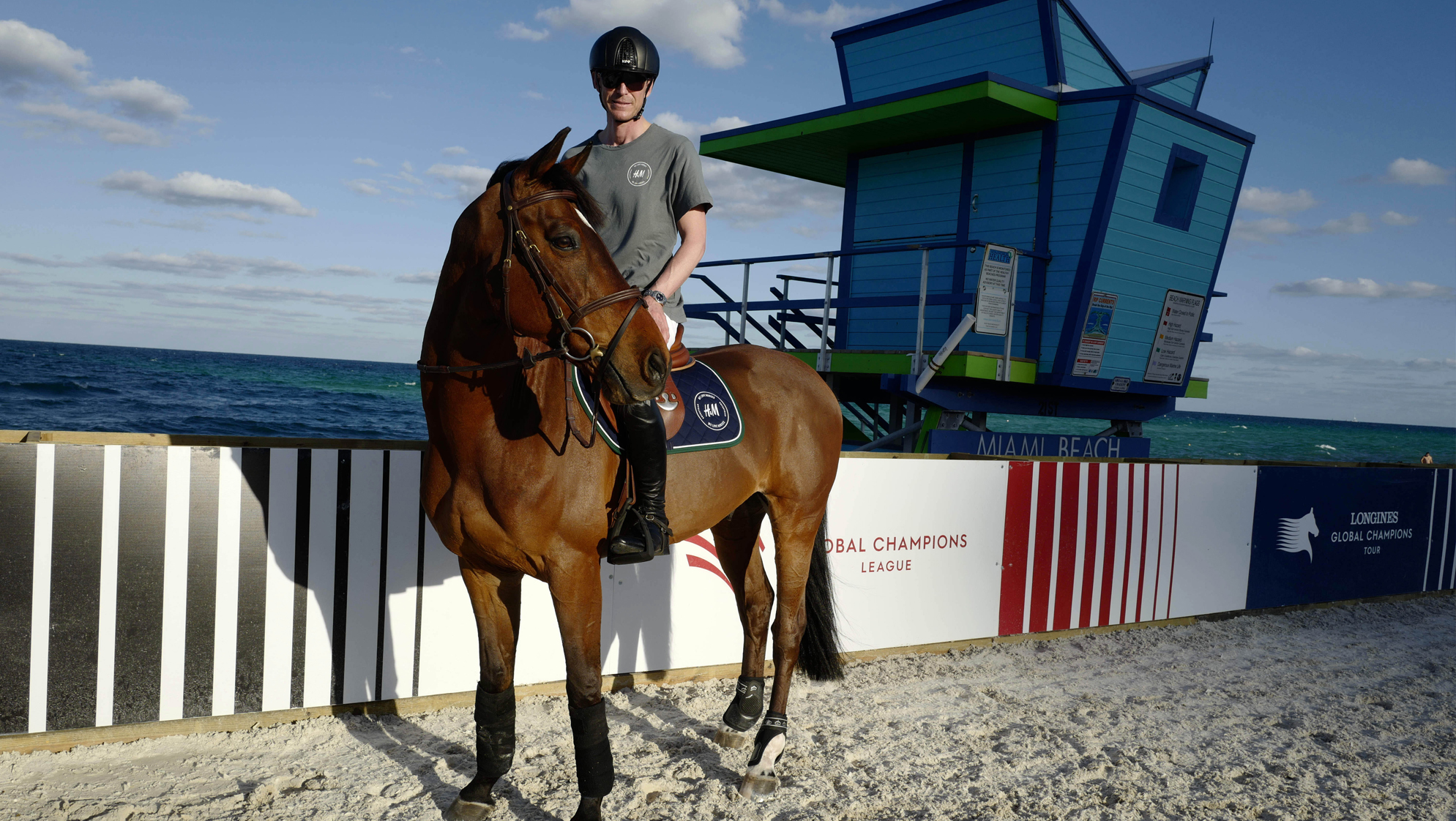 All the horses have arrived safe and well in glitzy Miami Beach as competition in this three-day jumping extravaganza kicks off this morning. The shoreline venue provides a stunning backdrop for what promises to be a scintillating Easter weekend of top drawer showjumping, which is free and open to the spectators to come and enjoy a slice of the action.

The show boasts a host of top horses from around the globe, all of whom have arrived in Florida fit and well for the third event of the season.

The stallion Quel Homme De Hus comes fresh from his tremendous Longines Global Champions Tour Grand Prix of Mexico City victory under the guidance of his Belgian rider Jerome Guery. The in-form 13-year-old by Quidam De Revel will be looking to once again shrug off his fellow contenders at the Miami Beach event.

The reining LCGT champion from 2018, Britain’s Ben Maher comes to Miami Beach with two Poden Farms-owned rides, the 12-year-old bay mare Madame X and Don Vito. The latter, an 11-year-old gelding, was second in a five-star class in Mexico City, so his competitive rider will be looking to improve on that in Miami Beach.

Australia’s Edwina Tops-Alexander is no stranger to the Florida venue, having won the Longines Global Champions Tour Grand Prix of Miami Beach in 2016 and 2018. She returns here this year with her winning ride California, a 12-year-old bay mare, who is definitely one to watch in the five-star classes.

Home rider McLain Ward brings his top horse HH Azur, with the 13-year-old Belgian sport horse firing on all cylinders. His other ride, the 10-year-old Contagious is another brimming with talent despite his relatively young age, and has also won already this season.

Crowd favourite Scott Brash has two horses in the running at the Miami Beach event. Today he rides the 10-year-old Hello Senator, while Hello Mr President, is reserved for classes later in the weekend. Hello Mr President, a 10-year-old bay gelding, is another in jaw-dropping form, having won two five-star classes at the second 2019 LGCT event, Mexico City.

USA rider Georgina Bloomberg is another bringing her top horse to Miami Beach: Manodie II H, a 14-year-old chestnut daughter of Carthago. Although only lightly competed this year, her talented and determined rider is sure to put up a fight for the lucrative prize-money on offer in Miami.

The spectacular array of horse power on offer at the show is further bolstered by Don VHP Z NOP (Harrie Smolders, NED), Nicola Philippaerts’ tenacious competitor H&M Chilli Willi and Anna Kellnerova’s aptly-named Catch Me If You Can OLD, who put in a tremendous round of jumping at LGCT Mexico City. Another showing form in Mexico was Peder Fredricson’s new ride, the 14-year-old Zacramento.

Action is already underway at the iconic venue and every class is being live-streamed via www.gcglobalchampions.com as well as on Facebook live. Tune in at 14.15 local time (19.15 London, 20:15 Paris) to catch the first CSI5* class at Miami Beach.