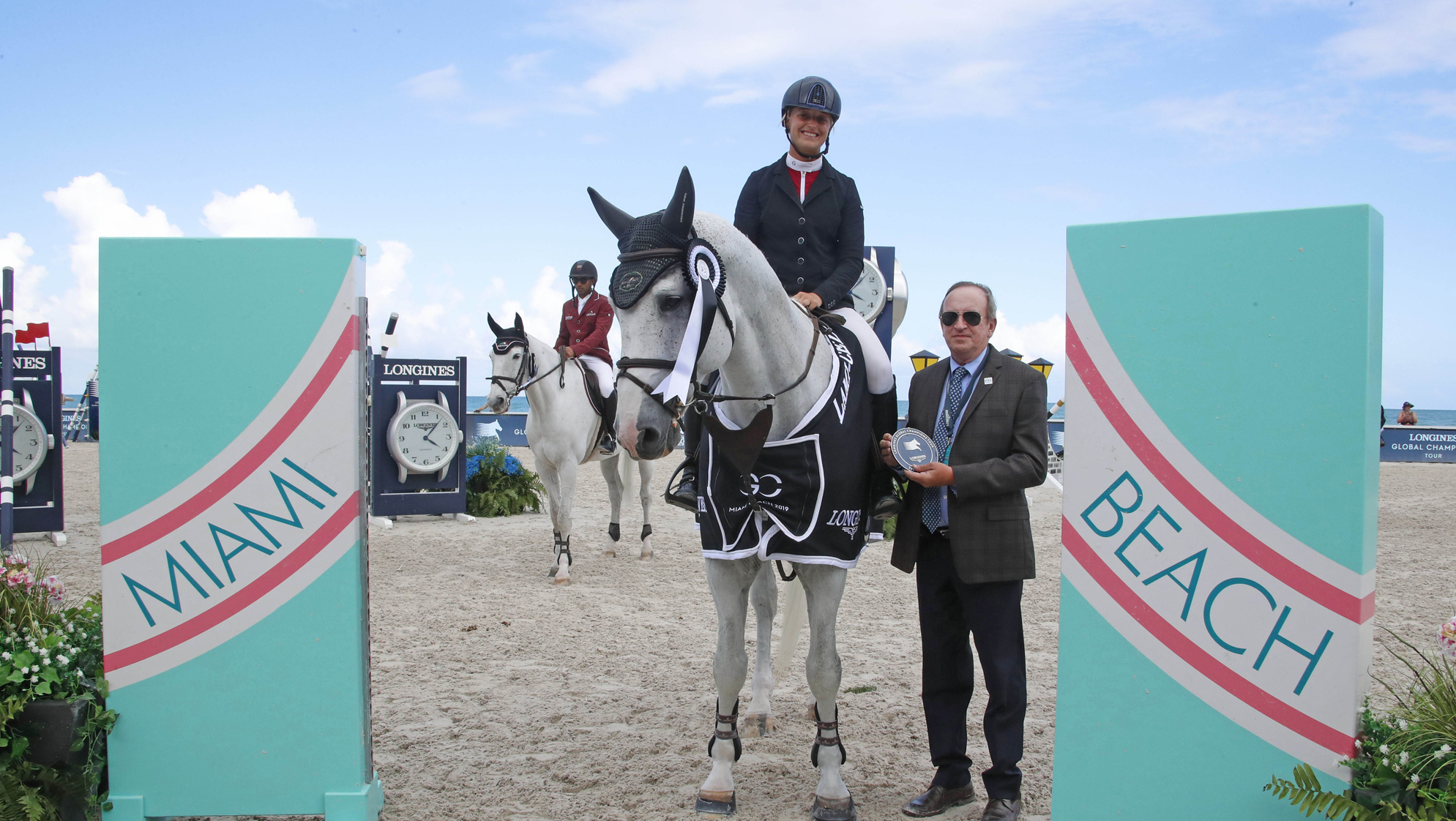 The opening CSI5* class of the LGCT Miami Beach, the third of the 2019 season’s 20 events, gave many of the world's best horses and riders the chance to experience the ocean-side main arena for the first time.

Ahead of today’s feature class, the GCL Round One, this early two-phase class was a valuable barometer of which combinations are likely to feature in the upper echelons of the team and individual leaderboards as the competition under the Florida sun hots up.

“I’m over the moon right now,” said the American rider, who was drawn late in the class. “The stallion is so fast; I kept my plan and just tried not to get in his way!”

Bull Run’s Faustino De Tili, a 14-year-old by Berlin, responded keenly to his rider, meaning she could confidently attack the fences.

However, her preparation with the horse had not been textbook: “I did actually fall off in the competition before this, so I wanted to just come have fun and it went better than expected. I’m excited to have him here as my speed horse,” added Kristen, for whom this was an early birthday present as she turns 30 in a week.

Of the 51 starters, 18 posted clear rounds over both phases of the course, with a further two picking up just a single time fault.

The Dutch rider Harrie Smolders had to settle for second place from mid-draw. He gave Zinius, a 15-year-old Nabab De Reve gelding, a smooth ride with tight lines, but they finished 1.26 seconds adrift of the leaders.

The podium was rounded out by the early leader, Qatari rider Bassem Mohammed, who urged a lightning fast round out of his long-time partner, the grey 13-year-old gelding Argelith Squid.

Many top combinations opted to use the opportunity to show their horses the arena, which has one side open to the beach — a sight horses do not often see.

This class paves the way for the upcoming GCL team competition, today’s feature class, which kicks off at 16.55 local time.