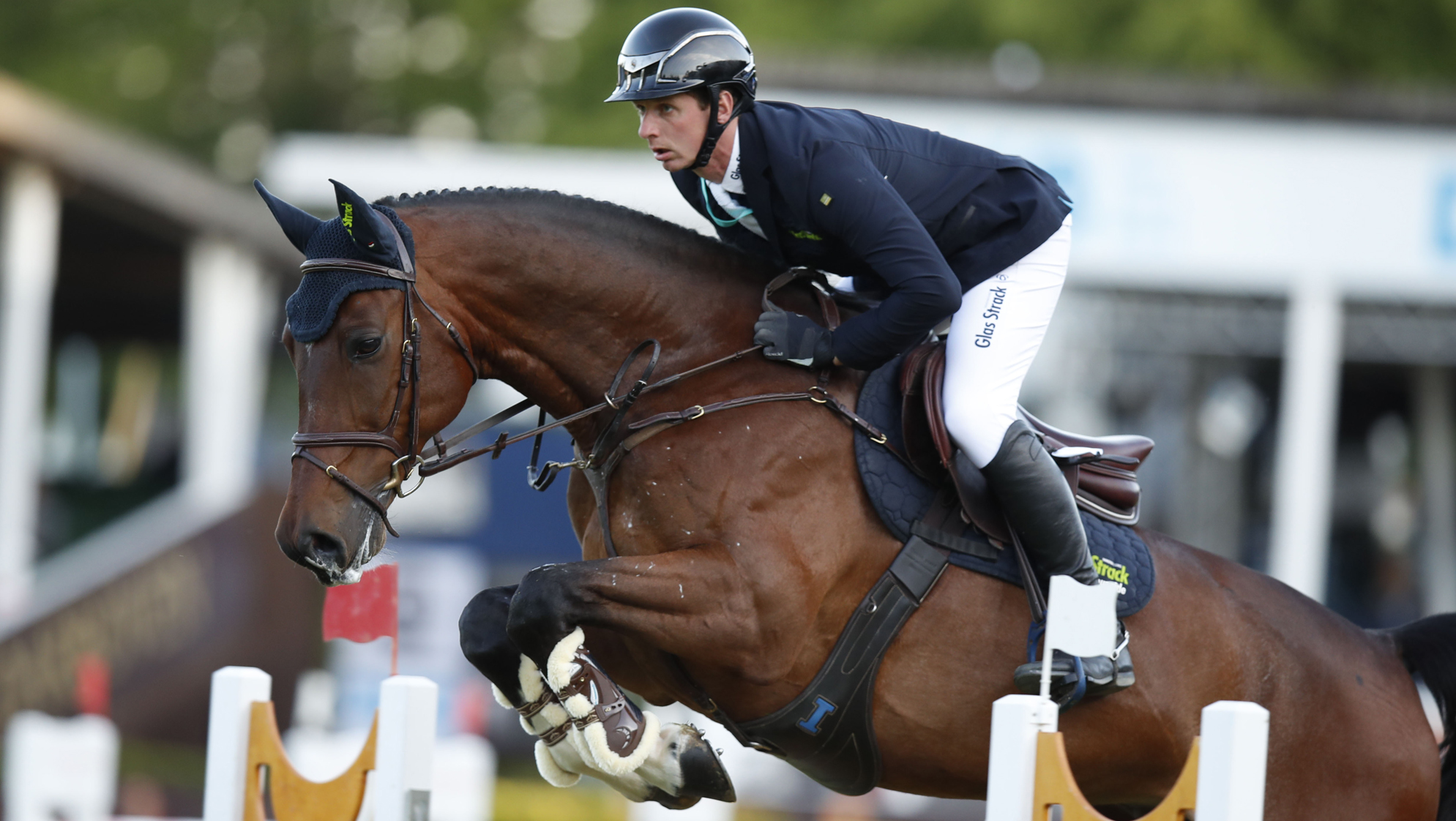 As the sun set on the first day of the Longines Global Champions Tour of Hamburg it was local star Felix Haussmann (GER) and SIG Captain America who took home the first CSI5* win of the weekend.

The 1.45m two phase course designed by Frank Rothenberger saw multiple challenges with tricky related distances and tight turns, however Felix managed to hold off 46 other world class combinations to finish ahead of Malin Baryard-Johnsson (SWE) by just milliseconds.

First to go Abdel Saïd (EGY) cruised Arpege de Ru round the huge grass arena and produced a foot perfect clear to set the tone for the rest of the class. Home hero Marcus Ehning (GER) then easily cut 4.50 seconds off Abdel’s clear with Cristy, proving there was still room for riders to tighten up some turns in order to end up on top.

The next 0 faults came from Bronislav Chudba who took the reins of Lester IX and shaved 0.1 seconds off Marcus’ time. New combination Karel Cox (BEL) and Quaresmas de Marchesana put the gas pedal down all the way round but were not quite quick enough to take over the lead - finishing in 11th place overall.

Fast and furious Malin Baryard-Johnsson (SWE) was on fire with the beautiful grey H&M Second Chance and flew into first place in a time of 32.65 seconds. British rider Scott Brash was producing a masterclass round but decided to retire Hello Senator early to save energy for the days to come. He will be one to watch over the weekend!

Felix Haussmann (GER) and SIG Captain America showed what they were made of and pushed Malin down into second place by galloping round the Derby-Park arena 0.13 seconds faster.

Current Longines Global Champions Tour Ranking leader Pieter Devos (BEL) and Apart unfortunately had and early fault in the first phase causing him to slow down and also pick up one time fault.

Last to go the flying Frenchman Julien Epaillard (FRA) would always be a danger, but an early four faults with Indago meant they couldn’t chalk up another CSI5* win to their names.

Tomorrow morning GCL Hamburg first round will commence at 10.45am with 16 teams battling it out to gain pole position ahead of Saturday’s final. You can watch all the action LIVE on GC TV just head over to our website for top call competition, expert commentary and behind the scenes shots.