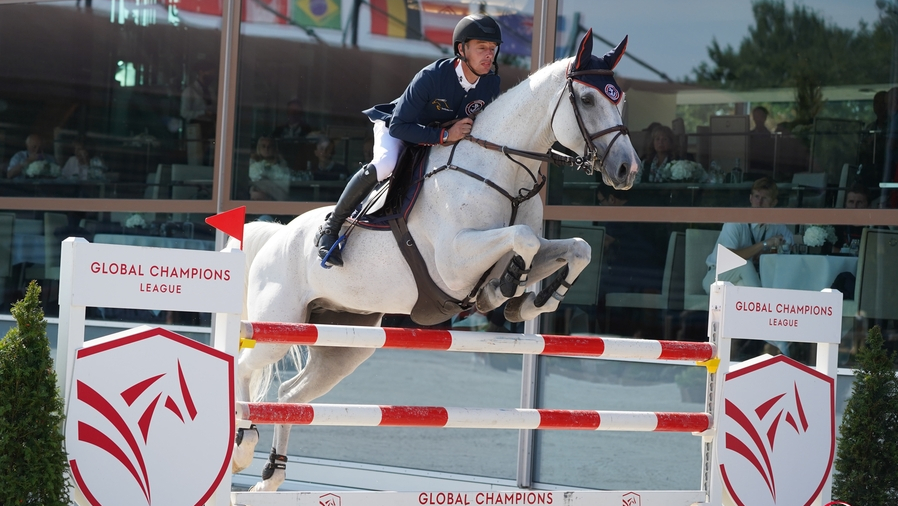 The first round of the GCL of Valkenswaard Presented by Stal Tops saw spectacular performances from several teams with an incredible seven teams posting double clears - and Hamburg Giants taking pole position with blisteringly fast rounds from Simon Delestre on Hermes Ryan and Bart Bles on Gin D.

Second the second spot after this first round were Monaco Aces, with solid performances from Jeanne Sadran on Digisport Satisfaction and Julien Epaillard on Alibi de la Roque putting them hot on the Giants’ heels. In third place are St Tropez Pirates, with the power pairing of Daniel Deusser and Pieter Devos using all their experience with Casallvano and Jade vd Bisschop.

With seven teams on a clean sheet, and five teams on four faults it will be all to play for and the competition is sure to go down to the wire, with teams needing to aim for both clear rounds and fast times to reach the top of the podium.

Don’t miss the second round of thrilling action this afternoon at 15:15 CET live on GCTV - click here to watch now!