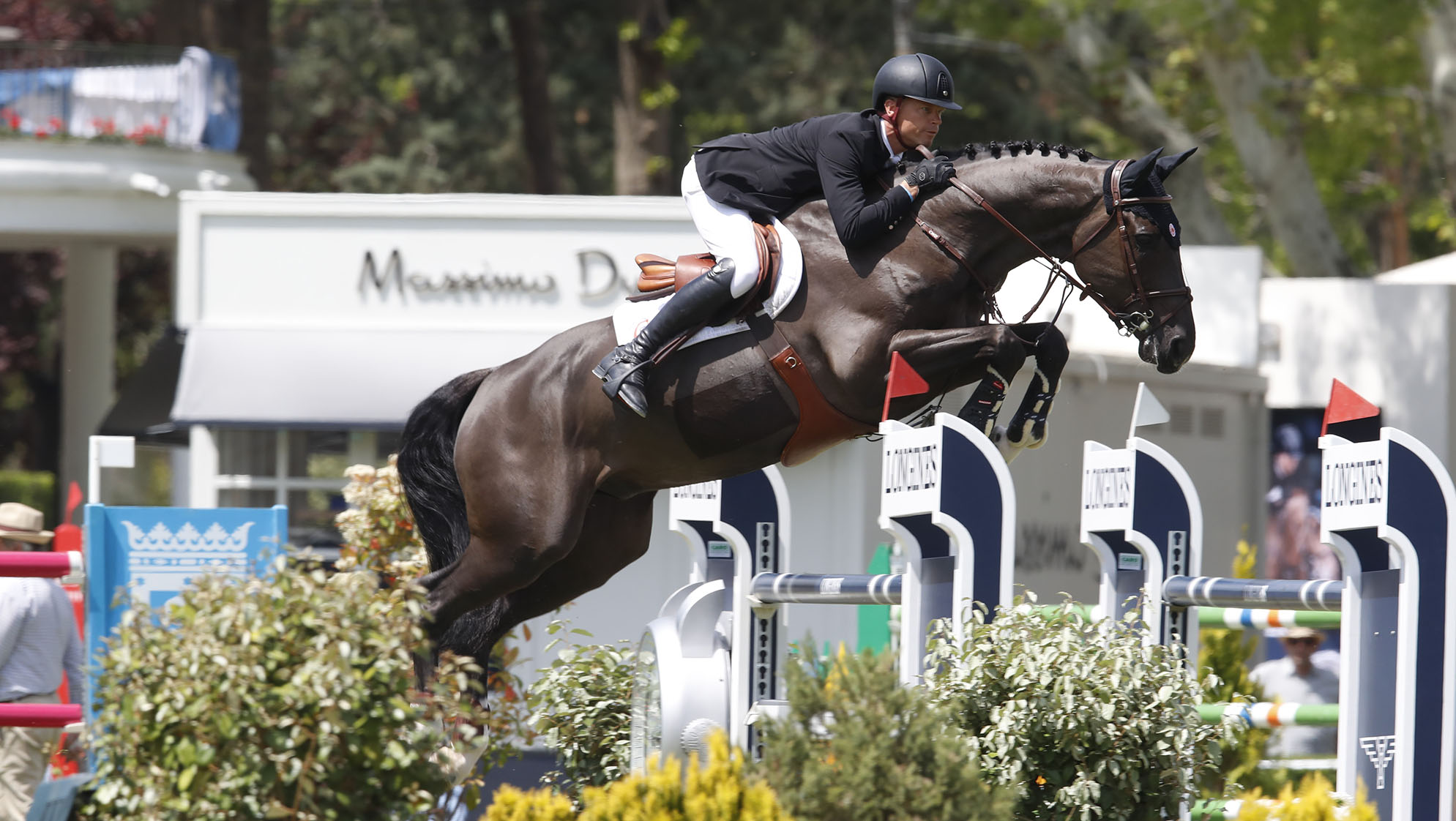 The penultimate class of the three day celebration of show jumping was the perfect prelude to the final competition, warming up the crowd for what promises to be a tantalising showdown. Fans packed the Club de Campo Villa de Madrid, bathed in warm sunshine and excited to witness the world’s best horses and riders in action, and were treated to a brilliant clear by Paola Amilibia Puig (ESP) with Julieta - the Spanish rider having a wonderful weekend.

8th to go Jerome Guery (BEL) with Kel'star du Vingt Ponts were the long time leaders, with others trying, but failing to match their time and forced into mistakes. There was disappointment for Gregory Wathelet (BEL) with Full House ter Linden Z, who picked up an unusual 12 faults, and many other riders clipped a fence while pushing to make the time, including Niels Bruynseels (BEL), Kevin Staut (FRA), Piergiorgio Bucci (ITA) and Bassem Hassan Mohammed (QAT)

Scott Brash (GBR) and the 9 year old Hello Jefferson put in another tidy clear, picking up just one time fault and the young horse proving to be one to watch for the future. His compatriot Michael Whitaker (GBR) and Cassionato also picked up a time fault, while the normally F1 fast Eric Lamaze (CAN) took home two time faults, clearly looking ahead to the final big class of the weekend.

Query held off a late threat from Philipp Weishaupt (GER) with Call Me Eva, the pair looking strong until the final fence as the black and white oxer fell. So it would be another win for Guery, the Belgian rider taking home the lions' share of the prize money, with Richard Philips (SUI) and Moissonnier (FRA) rounding out the top three.

The final class of the weekend, the COPA S.M. EL REY - Troddeo Volvo, kicks off at 17:00 local time, tune in via GC TV and Facebook Live to watch the action unfold.