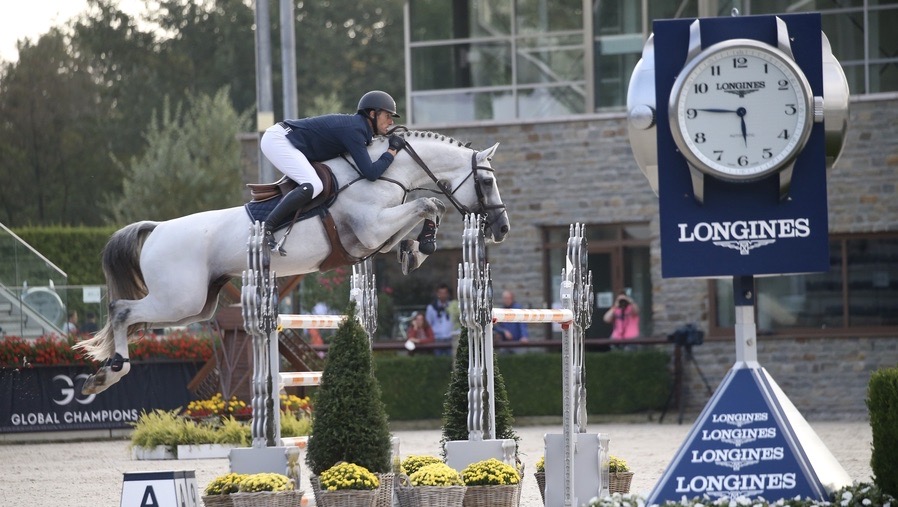 Champion Belgian rider Gregory Wathelet and U25 rising star Lucas Porter have spoken on GCTV of their high hopes for 2021 and the importance of GCL’s development of future talent in show jumping.

Gregory, one of the star riders on the GCL team Paris Panthers, spoke of the crucial role of recent shows like GC Valkenswaard for young riders and young horses to stay on form and prepare for next season. Gregory said: “For sure it’s very important, these young riders have a good system and a good plan, and I’m sure they will be ready if not this year, next year for the top level.”

Both Gregory and American young talent Lucas, who is the new U25 rider rider for Shanghai Swans, also reflected on the high calibre of competitions at the CSI5* GC Valkenswaard a few weeks ago despite months of Covid-19 restrictions limiting show opportunities this year.

Lucas admitted he was “very competitive, sometimes a bit too competitive! If there’s an opportunity to try to go for a win, I give it my all.” Lucas is determined to build on his impressive performance in the GC Grand Prix of Valkenswaard on his horse C Hunter and said: “The Grand Prix was for sure the biggest course I’ve ever jumped. I was happy with how I did in my first GC Grand Prix and it gives me something to look forward to for next season, that I was able to do the five star level and to do the Global Champions Tour.”

Looking ahead to his first season on the GCL team series Lucas, who splits his time between the US and The Netherlands, spoke of his goals in riding for Shanghai Swans in 2021 and said: “I saw in person for the first time, the GCL in Valkenswaard and I must say I got very excited and I’m really looking forward to jumping for Shanghai Swans in 2021. The GCL is a really innovative concept and brings in audiences from outside the sport and together with the other members of the Shanghai Swans, we hope to do our best. I’ll be open to jumping as many events as I can and I look forward to travelling the world and doing as well as we can in the League and eventually in the GC Prague Playoffs!”

Gregory also gives an insight into some young horses that he will be aiming for great things in the 2021 LGCT and GCL season, and both riders discuss how their schedules and training have been adapted this year both with and without their horses. Gregory explains “I have a few really nice young horses, but if we talk about the ones that could be for the GCL or Global Champions Tour, I have Faut-il Des 7 Vallons, a nine year old, who is starting to do 2* Grand Prix and I think he’s promising for the future but we know now that it’s a big step up between the 1.40/1.45m classes and the Global Champions Tour Grand Prix. I also have a very nice 8 year old who I rode in the 2* Grand Prix at GC Valkenswaard, Cocktail de Talma. They are two very promising young prospects for the future.”

Gregory and Lucas will also talk through their rounds on GCTV’s In The Saddle giving insights into how they tackled the testing competitions at Tops International Arena.

Watch The Insider At Home with Gregory Wathelet Here