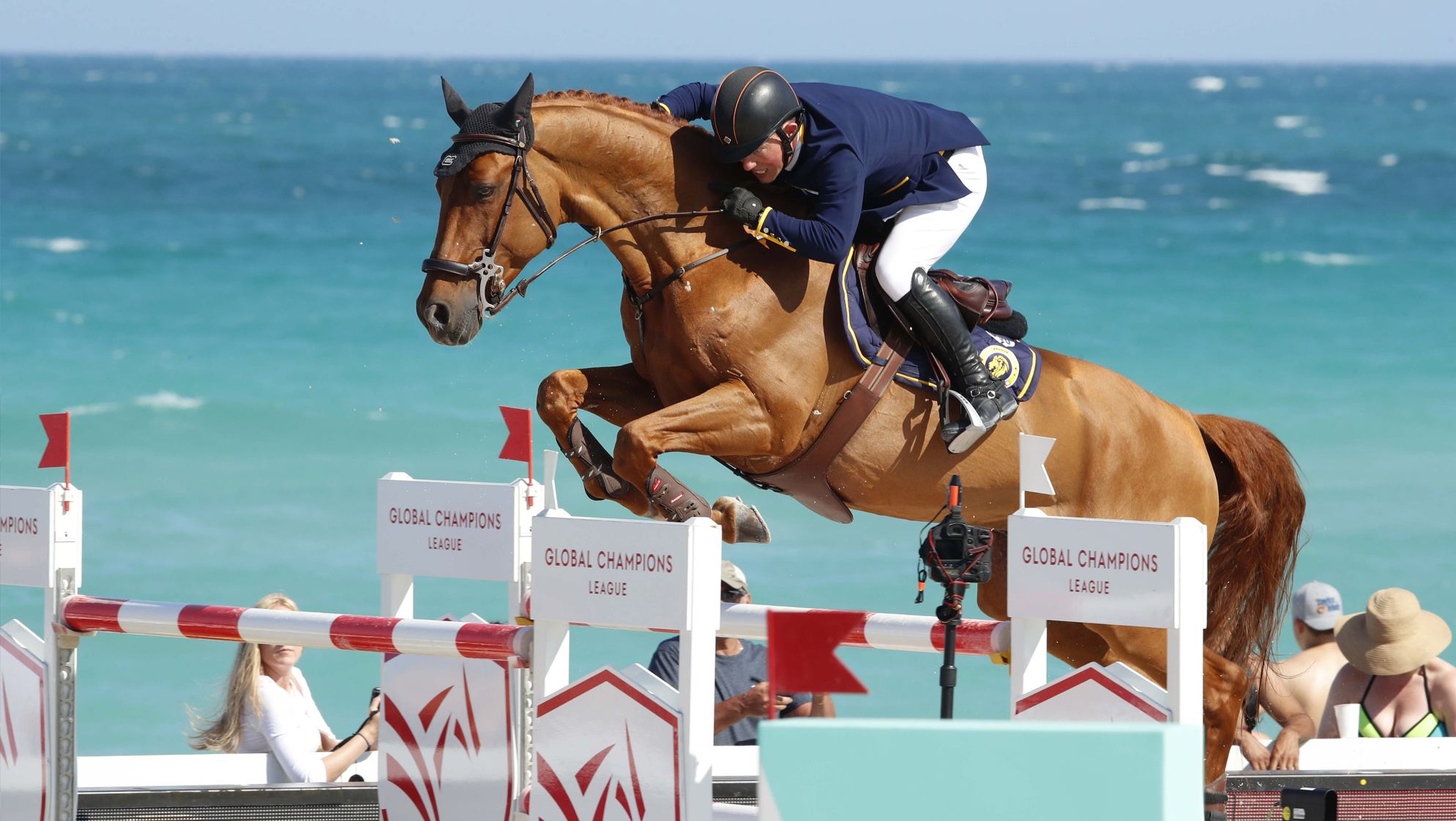 After over a decade of competing at top level sport Gerco Schröder’s famous chestnut stallion Glock’s London has had his saddle taken off for the very last time.

Glock’s London started his career over a decade ago in the Valkenswaard Young Horse Classes, since then he has won a number on CSI5* Grand Prix. His first win on the Longines Global Champions Tour was the Grand Prix of Rio de Janeiro all the way back in 2011. He continued his success by also winning the LGCT Grand Prix of Cannes and Vienna.

The beautiful 17-year-old stallion also played a crucial part on multiple GCL team competitions throughout his final years at the top of this sport, his most notable being his win for the Prague Lions at GCL Miami Beach last year. His role in showjumping is not over yet as he will now turn all of his attention to breeding and will hopefully produce more Grand Prix winners.