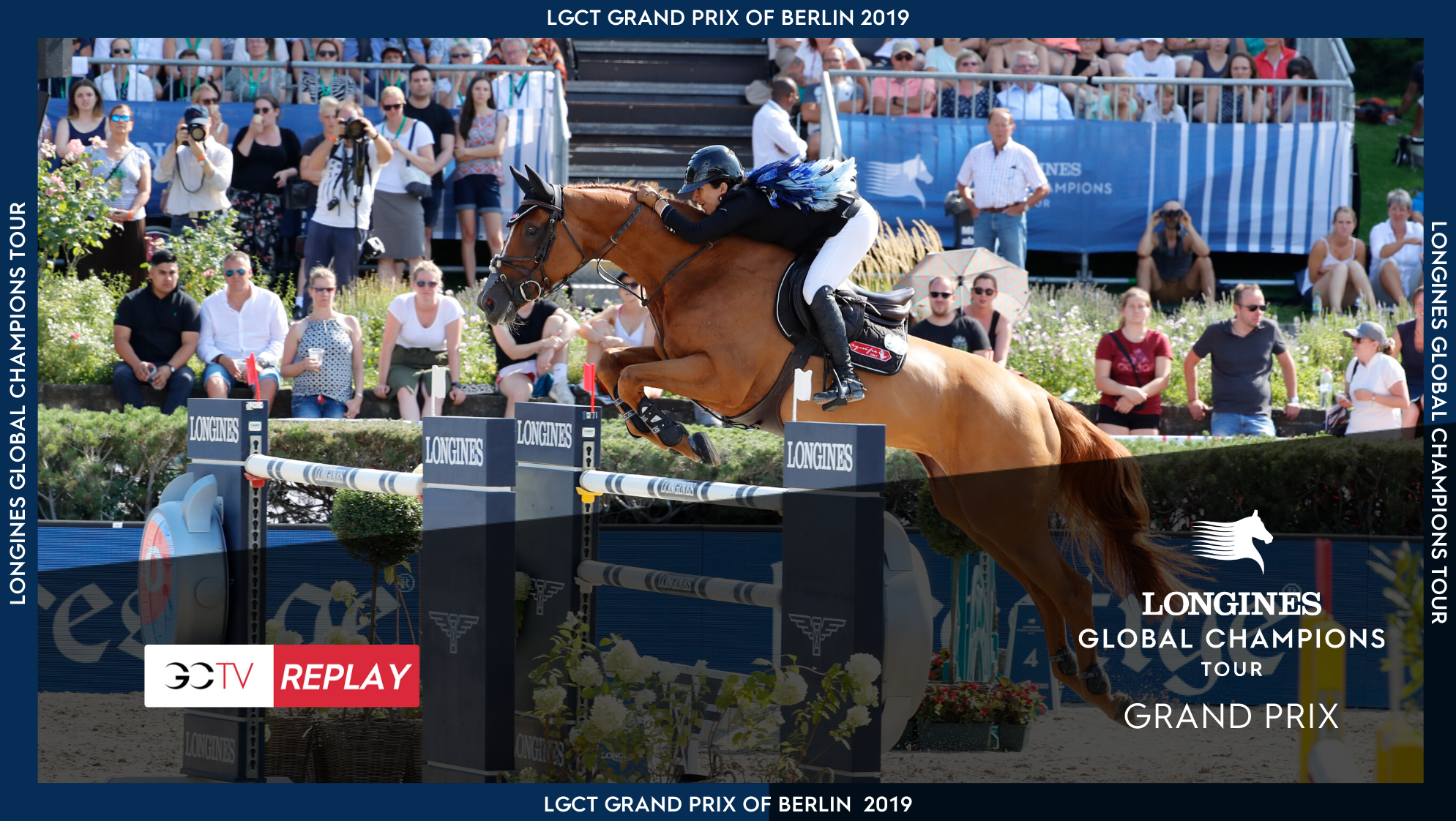 It was a nail-biting race to the finish in the Longines Global Champions Tour Grand Prix of Berlin Presenter by Tennor in 2019, as Dani G Waldman (ISR) and Lizziemary scooped their second victory of the season in spectacular style, producing one of only two double clears on her “incredible” horse in the prestigious competition, and knowledgeable and passionate fans filled the stadium to the rafters, adding to the phenomenal atmosphere of the show.

The tough course put the world's top riders to the test, and only six riders of the 33 starters managed to pull off clear rounds inside the time over Frank Rothenberger’s twisting, delicate and intriguing track in the Sommergarten in the German capital, and only two double clears. With Dani already qualified for the LGCT Super Grand Prix at the 2019 GC Prague Playoffs, the golden ticket of Berlin went to second placed Ludger Beerbaum, who thrilled his home crowd riding Cool Feeling.

A thrilled Dani speaking after her win was full of praise for her ultra-consistent chestnut mare, Lizziemary: “I like to think she’s one of the best in the world. She tries so hard and there isn’t a single day that she doesn’t lay it all out. The only time that I don’t do well is if I screw up, so as long as I do a good job she’s always there for me. It’s a privilege to ride her and she’s an amazing animal. Every time I go out there, she’s unbelievable.”