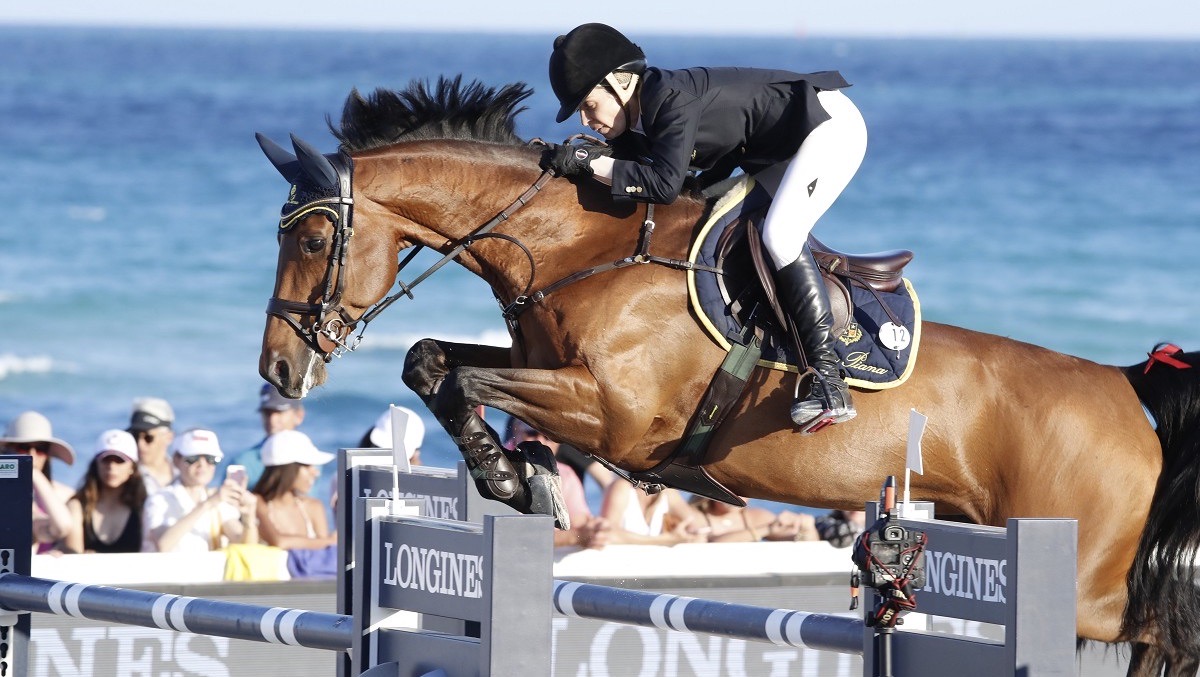 Our GCTV Replay series continues through the magnificent 2018 season with a visit to the stunning and unique setting of Miami Beach. Kite surfers, cruise ships, sunbathers and swimmers could all be seen enjoying the turquoise waters alongside the purpose-built arena, in one of the most spectacular venues in sport.

As the sun set over the magnificent Miami Beach setting, Edwina Tops-Alexander once again stepped up to the top of the podium in the high pressure competition — repeating her feat from 2016, when she won on Lintea Tequila. Competing on her gutsy 11-year-old Dutch mare, California, she snatched glory as the final combination to jump in the 2018 LGCT Grand Prix of Miami Beach, edging out Qatar’s Bassem Mohammed, the only other rider who pulled off a double clear. Ireland’s Darragh Kenny rounded out the podium after an unlucky fence down with Cassini Z.

Speaking after her victory lap of honour Edwina said it was “amazing” to have qualified for the first-ever Longines Global Champions Tour Super Grand Prix at the GC Prague Playoffs. The win set up a fierce battle between Tops-Alexander and Scott Brash, both hugely talented Olympians who had won the sought-after individual LGCT Championship title twice already.

Don't miss this stunning competition on the shores of the Atlantic Ocean in our full GCTV Replay this Saturday, 22 August from 10:30 BST/11:30 CET/04:30 EST. The replay will be available to watch on demand for 24 hours.