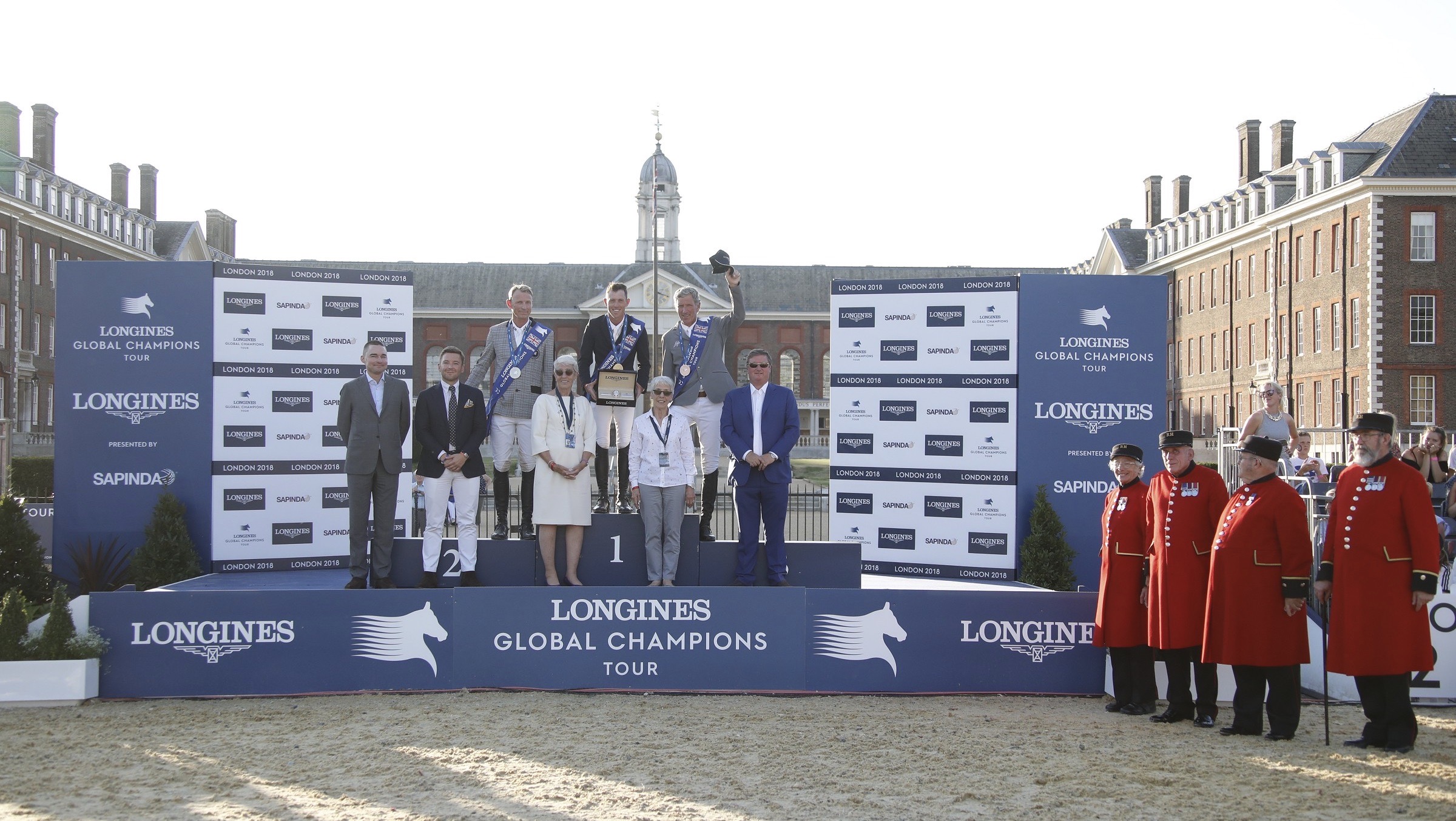 Scott Brash (GBR) made history at the Royal Hospital Chelsea winning the Longines Global Champions Tour Grand Prix of London presented by Sapinda for the second year running in 2018.

To jubilation in the sold-out grandstands, the win marked the British Olympic Gold medallist winning the most number of LGCT Grand Prix ever. Piloting the 9 year old gelding Hello Mr President, Scott delivered a breathtaking performance in front of his home crowd, taking his eleventh LGCT Grand Prix win ahead of Peder Fredricson (SWE) and Ludger Beerbaum (GER).

Scott took his second win of the 2018 season and shot back up to sixth on the overall ranking as the Championship accelerated to the season finale. It was a quintessentially British scene as Royal Hospital Chelsea played host to the world’s greatest show jumpers. Families enjoyed top sport and a thrilling display by the Household Cavalry Musical Ride adding to the patriotic atmosphere at the beautiful venue.

Don't miss our full GCTV Replay of this thrilling competition this Saturday 21 November from 10:30 BST/11:30 CET/04:30 EST. The replay will be available on demand for 24 hours.